A college tennis coach who also served as the personal instructor for former first lady Michelle Obama and her daughter, Malia, was among the 46 people charged by federal authorities in a sweeping college admissions bribery case announced Tuesday.

According to the indictment unsealed Tuesday by federal prosecutors in Massachusetts, Gordon Ernst, the women’s tennis coach at the University of Rhode Island, is accused of conspiracy to commit racketeering during the years he served as a tennis coach at Georgetown University.

There is no suggestion that Malia, a sophomore at Harvard, was implicated in the scandal in any way.

Between 2012 and 2018, Ernst allegedly accepted more than $2.7 million in bribes in exchange for placing at least 12 students on the Georgetown tennis team, including “some who did not play tennis competitively,” according to the indictment.

Ernst allegedly received the bribes from charitable accounts set up by William Singer, the owner of a Newport, Calif.-based college consulting business at the center of the case.

While at Georgetown, Ernst became friendly with the Obama family, according to the Providence Journal, giving private lessons to Michelle and Malia Obama.

“Michelle has a big backhand,” Ernst told the New York Times in 2014.

Less Than $688 To Go!!
Just A Reminder
Please Don't Forget
To Donate To FR
This Quarter

“Michelle has a big backhand,”

It’d be funny as hell if we find Malia had gotten in by a bribe. But The Obammies are too smart to get caught directly bribing their way in. It would go through 5-6 back channels.

But besides. Just being an Obama would be all that is necessary for admissions counselors to approve her entrance.

Michelle has man hands, for some reason.

Ummm no. You can see photos of Moochelle on any Star Wars movie aka Chewbacca.

“Michelle has man hands, for some reason.”

She’s a man and that’s the reason!

Each side has its own Area Code.

[ There is no suggestion that Malia, a sophomore at Harvard, was implicated in the scandal in any way. ]

Well, of course not. I trust everything Barack and Mooch do.

How much money did Obama have to pay so Malaria could get into Harvard? 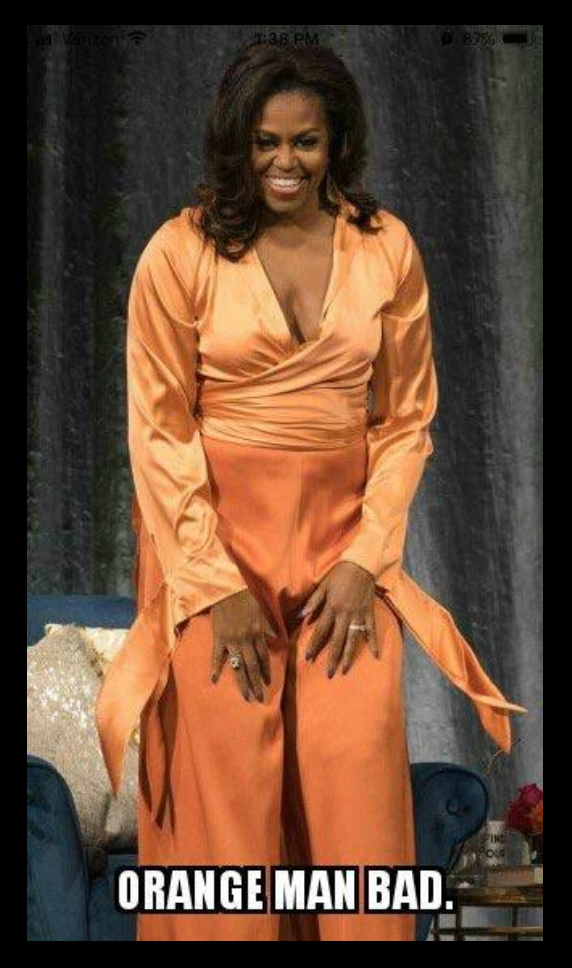 I always wondered how David Hogg got into Harvard..Im betting that dumb asses grades were not that good

Malia could have got into any college,any place,she is the daughter of Saint Barack.

Exactly. No Obama would have needed to give a bribe, because the colleges were fawning over them and probably considered bribing the girls’ parents to send them there.

You are correct,Trump would be pilloried.

Harvard isn’t going to turn away the daughter of a liberal president, especially if her parents are law school alumni.

“There is no suggestion that Malia, a sophomore at Harvard, was implicated in the scandal in any way.”

It just got more interesting.