Today marks 2 years since Donald J. Trump was sworn in as our President. To commemorate this anniversary, the White House has published a list of this Administration's most noteworthy accomplishments.

Here is an excerpt from the ECONOMIC accomplishments section:

"Together, we are building a safe, strong, and proud America." Donald J. Trump President of the United States

More than 5 million jobs have been created since President Trump’s election and the unemployment rate remains below 4 percent.

This is the eighth time this year that the unemployment rate has been below 4 percent.

Prior to this year, the unemployment rate had fallen below 4 percent only five times since 1970.

The unemployment rate for African Americans in May fell to 5.9 percent, which is the lowest rate on record.

Under President Trump, job openings outnumber the unemployed for the first time on record.

Recently, more than two-thirds of Americans rated “now” as a good time to find a quality job, tying a record high in a poll by Gallup.

Americans are seeing more money in their pockets thanks to the booming economy.

In recent months, workers have seen their largest nominal year over year wage growth in nearly a decade.

In 2017, real median household income rose to a post-recession high.

President Trump’s policies are helping to lift Americans out of poverty.

Since the election, 4.6 million Americans have been lifted off of food stamps.

President Trump is delivering on his promise to bring back American manufacturing.

The National Association of Manufacturers’ Outlook Index had the highest annual average in its history over the past year.

Small Business optimism jumped to a record high under President Trump, according to a survey by the National Federation of Independent Business (NFIB).

President Trump signed the Tax Cuts and Jobs Act into law, ushering in the largest package of tax cuts and reforms in American history.

These tax cuts are delivering real results for American families and workers.

President Trump is ensuring American workers receive the training and education they need to compete in today’s economy.

More than 185 companies and associations have signed our “Pledge to America’s Workers,” promising more than 6.4 million new training and career opportunities.

President Trump has prioritized the economic empowerment of women.

The Small Business Administration lent approximately $500 million more in capital to women-owned businesses in 2017 compared to 2016.

The Administration helped launch the Women Entrepreneurs Finance Initiative, which could leverage more than $1 billion to support women entrepreneurs.

See the Complete Listing at: www.whitehouse.gov...

Considering that Donald J. Trump is the first modern U.S. President to NOT have ANY prior government experience, and has 90% of the News Media against him 24/7 since day #1, his accomplishments are ALL THE MORE AMAZING. More than what most Administrations deliver after 2 Terms, and we're only 50% through President Trump's 1st Term! I attribute his success to Divine Guidance and Intervention, when/where required.

America and Americans deserve THE VERY BEST..and we've got it!

I believe the U.S. Army Corp of Engineers are currently building the wall. So the government shutdown is just a watch what this hand is doing while the other hand is working behind the scenes.

Now if he could go after the criminals and the web censorship, then that would be great. In any event, I am very happy with President Trump. He was a much better choice than Hillary. Can you imagine what it would be like under Hillary?

Just try to imagine how much further we could have been along in the last two years on the economy, trade, immigration reform, and foreign policy, etc, if the ‘rats weren’t seditiously foot-dragging and sabotaging every pro-American effort.

It would make sense. They've built dams, park facilities, roads and many other projects without emergencies to prompt them. One would think they have plenty of good reasons to build the barriers along the border. 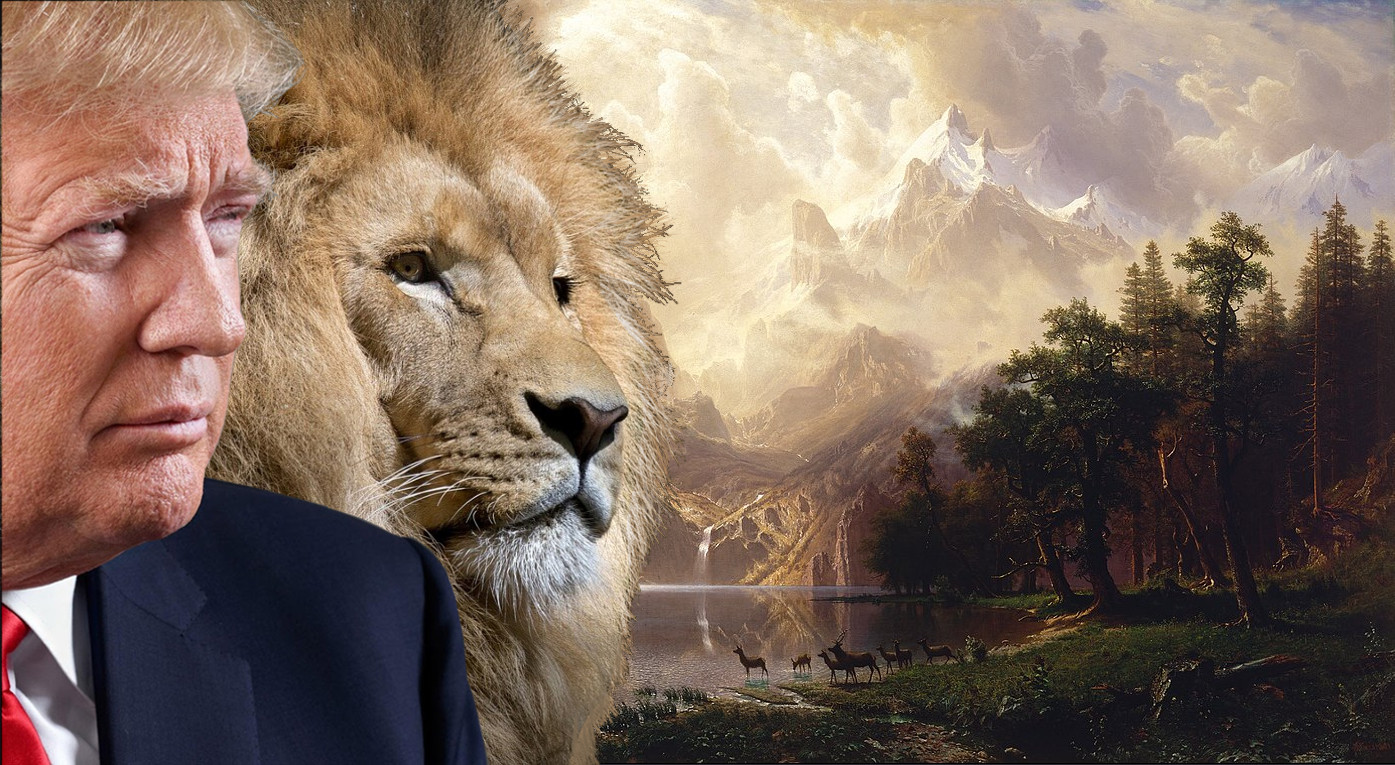 For a forum called Above Politics they sure post a lot of politics.

You praise Democrats excessively. The GOP dragged their feet so much they plowed a path right out of House majority.

Imagine Trump’s budget proposal actually passing. The size of government would be smaller and no deficit for the year. Speaker Ryan took one look at the budget, shrugged his shoulders, and tossed the budget into the trash.

The voters decided if they were going to get Democrat spending they might as well vote Democrat.

Is that a Cole painting in the background? Sure looks like it.

I wish more people in power would pose that question every day.

President Trump’s greatest accomplishments are his first and second picks for the Supreme Court. Everything else, is Winning. What makes his picks so great? They could have been Hillary’s picks...

“Just try to imagine how much further we could have been along in the last two years on the economy, trade, immigration reform, and foreign policy, etc, if the ‘rats weren’t seditiously foot-dragging and sabotaging every pro-American effort.”

That could have happened if RINOs had supported Trump while the majority...

Still not enough for the hoards of Never-Trumpers here at FR. They were out squawking loud and clear on several posts yesterday. Even had one tell me that it would have been the same if Jeb had been elected.