RUSH: Have you seen this? El Chapo, the Sinaloa cartel chieftain… El Chapo paid a $100 million bribe (the latest news story here) to an ex-Mexican president while he was president, and everybody’s acting like, “Oh, my God! Oh, my!”

(Snort!) It happens every day. The Clintons do this kind of stuff every day. It’s called lobbying. What’s the difference?

So El Chapo, who has an interest in illegal drugs, gives a Mexican president $100 million bribe. 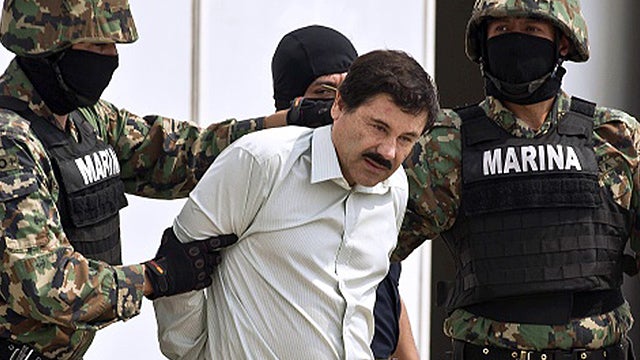 The Democrats go to Puerto Rico to get their bribes with their lobbyists and with their donors, and they did it in the middle of the government shutdown. No different.

I don’t recall WHICH President he’s talking about. Fox?

I’d like details. How do you pay $100 million to a very public figure, and keep it secret? How is money sent? What currency? The FBI can track all US dollar payment transfers as they must go through US Federal Reserve System. What kind of accounts? Where?

Just asking for a politician friend....

4 posted on 01/16/2019 2:40:48 PM PST by PGR88
[ Post Reply | Private Reply | To 1 | View Replies]
To: Kaslin
The Honduran president's brother, Juan Antonio Hernández, was arrested in Miami this past November and charged with the smuggling of tons of cocaine from the Central American country into the U.S., weapons offenses involving the use of machine guns and false statements to federal agents.

Trump could have gotten his $5 Billion if he had demanded the $10 billion aide bill to central American be cut in half.........

He is a piker compared to Carlos Salinas, a former president of Mexico from 1988 to 1994.

See how corrupt. The clintons must have learned from him.
https://en.wikipedia.org/wiki/Carlos_Salinas_de_Gortari

SWISS police have questioned the role of Carlos Salinas, a former president of Mexico now exiled in Dublin, in a $500m pay off for arranging safe passage of tons of cocaine destined for the US.
https://www.independent.ie/irish-news/former-president-probed-on-mexican-drug-ring-26174907.html