thanks for posting this

Thanks bkopto. It's amazing that it has survived.

...a bronze ring found 50 years ago at the Herodion excavation near Bethlehem has been discovered to bear the name of Pontius Pilate, Roman governor of Jerusalem... The letters on the ring spelled out in Greek writing “Pilatus.” The words surrounded a picture of a wine vessel... The ring is a sealing ring, common in ancient times, and used to seal letters and stamp official documents using molten wax.

It's the most wonderful time of the year, at least for the Star of the East topics, here they are, sorted newest to oldest. Michael Molnar is the best known of the researchers into the nature and dating of the star, the account of which is found in the Book of Matthew.

When I was in kindergarten I thought Punches Pilot was a first century Roman aviator just like Smilin’ Jack with a similar flight helmet. Any depiction of the Crucifixion that showed a helmeted Roman would have me asking, “is that the Pilot?”

Years later I read of Pilate washing his hands & thinking “That’s no way to get control of a howling mob”.

It seems fitting that something from the end of Christ’s time in Earth should find its way to the place where it all began.

And this important ring was just left, literally, lying around?

I find that a little hard to believe. I wonder if they had counterfeiters back then?

Or...he simply made it up. Writers sometimes just fill in the blanks. That’s what writers do.

Could be. But they did find it in the building that used to be the administration headquarters for the Romans. Perhaps that is why they think it was used by a staff person to mark official documents - and not THE ring of Pilate? Stuffed in some drawer when the paper pusher retired.

If God couldn’t get what He wanted into Scripture He would be a pretty poor “almighty” Nobody needed to make anything up. 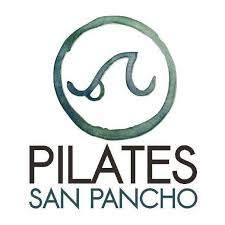 If it was pilates ring, as a high official of Imperial Rome, it would have been made of Gold or at least Silver.—Fake to me.

Details were passed down the Being who was actually there. After the Resurrection He was with the Apostles for about a month before ascending to Heaven. I am sure the Apostles had a lot of questions to Him about what happened.

Just make one up yourself ... (everybody does it).

Authentic. Can clearly see “McCain” on it.

I understand the concept of faith. I believe in a creator. I am simply skeptical of 2000 year old accounts of anything.

Interesting that the seal of a Roman governor would spell his name in Greek.

59 posted on 11/30/2018 5:05:25 AM PST by SJackson (The Constitution only gives people the right to pursue happiness. You have to catch it yourself)
[ Post Reply | Private Reply | To 1 | View Replies]
To: 21twelve
But they did find it in the building that used to be the administration headquarters for the Romans. Perhaps that is why they think it was used by a staff person to mark official documents - and not THE ring of Pilate? Stuffed in some drawer when the paper pusher retired.

The fact that the Romans governed from Caesaria would also suggest that. Pilate would only be in Jerusalem on occasion.