Yet another convert to Islam gets the idea that his new religion commands him to commit treason and mass murder. Despite the fact that this is a frequently occurring phenomenon, authorities have nowhere shown the slightest degree of interest in studying it. 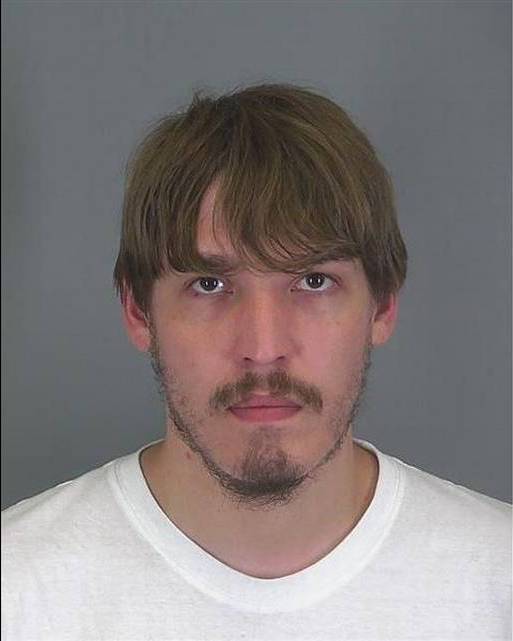 He built bombs, planted them at various locations, and set one of them off.

That is what led Wesley Dallas Ayers to federal court Monday, where he pleaded guilty to multiple charges related to the construction and use of “weapons of mass destruction,” the U.S. Attorney’s office reported.

The 27-year-old Anderson, South Carolina, resident confessed to building and placing “three explosive devices in various parts of Anderson County,” between Jan. 24 and Feb. 24, 2018, according to U.S. Attorney Sherri A. Lydon.

One person was injured when a bomb planted by Ayers detonated at an intersection on Jan. 30, the U.S. Attorney’s office said. Two other explosive devices placed near roads “were intercepted” by law enforcement officers.

Ayers also placed three fake bombs in the area during that time, some with messages threatening that more bombs, and more-powerful bombs “were to come,” Lydon’s office reported….

A search of his residence turned up a buried ottoman filled with explosive supplies, a photo of the White House on fire with a reference to jihad, clown and animal masks, and items with Arabic writing, according to foxcarolina.com. The TV station reported special agents learned that Ayers has a tattoo of a teddy bear with glowing red eyes, and one of the discovered pipe bombs was planted in a basket with a teddy bear that had “red, glowing eyes.”…

Placing a bomb in a teddy bear to kill or maim an innocent child.

Will any muslim on earth say this is bad?

Ayers also "placed three fake bombs." Hmmm again...a #HoaxBomber. Where have I heard that before?

"Wesley Dallas Ayers" -- a convert to mohammadism but no Mad Mo name? I question his conversion.

And yet the dippy Florida mail bomber whose bombs don’t work gets all the attention.

Looks like the kind of guy you’d just like to beat the sh_t out of on general principles.

Wow, another story the MSM won’t tell us!

God, this was months ago! Who ever heard that such a thing happened?

Dead / diseased spirits — the only types that convert to the Cult of Death.

HOORAY Robert Spencer! Thanks for your unparalleled work on understanding Islam and jihad.

“the biggest terror threat in this country is white men.”-—Don Lemon

Yep, I was thinking the same thing.

Haven’t heard ONE WORD about this in the MSM, probably because there’s no way to blame it on Trump. OH, wait, I forgot, they’ll blame anything on Trump, but in this case they know the public will tell them to piss off.

18 posted on 11/02/2018 3:23:46 PM PDT by ConservativeMind (Trump: Befuddling Democrats, Republicans, and the Media for the benefit of the US and all mankind.)
[ Post Reply | Private Reply | To 1 | View Replies]
To: Perseverando; 2A Patriot; 2nd amendment mama; 4everontheRight; 77Jimmy; A Strict Constructionist; ..

He got that idea from his new prophet who told his followers that they must wage war on everyone on earth until everyone submits to Islam.