At least we don’t want to starve them to death in a socialist paradise.

James Buchanan owned slaves. But, according to Bernie, that was o.k. because Buchanan was a Democrat.

....so, he's towing the globalist lies/lines. He wants to keep his lake house.

Woodrow Wilson loved Birth of a Nation, the movie that glorified the KKK. Bernie Sanders is o.k. with that because Wilson was a Democrat.

Why Not? His gibberish made him a millionaire without working.

Andrew Jackson removed the Cherokee Indians from the homelands in the southeast to Oklahoma. Bernie says that was o.k. because Jackson was a Democrat.

Franklin D. Roosevelt oversaw experiments with untreated syphilis in black men. Bernie says that was o.k. because FDR was a Democrat.

someone should have mailed old Bernie a package

I don't think that President Trump has ever said a single thing that could be considered homophobic during or before his presidency. He got along with everyone except a few corrupt NY pols before he ran for president.

Woe to him who calls evil good and good evil.
The grim reaper awaits , Bernie !

I still cannot get over how they dems will self-righteously shred someone over being a *hater*, in the most extreme, vehement terms they can find.

They screech about *intolerance*, all the while being totally intolerant themselves.

It continues to amaze me how they never see themselves doing the very thing they condemn in others.

Hey Bernie, you left out “nationalist”.

He is a giant and a superstar in the Rat party LMAO!!!

That’s exactly what it is - more specifically a video game term - Others have defined it above.

I love it - it’s a nerd attack on the SJWs of the Left. 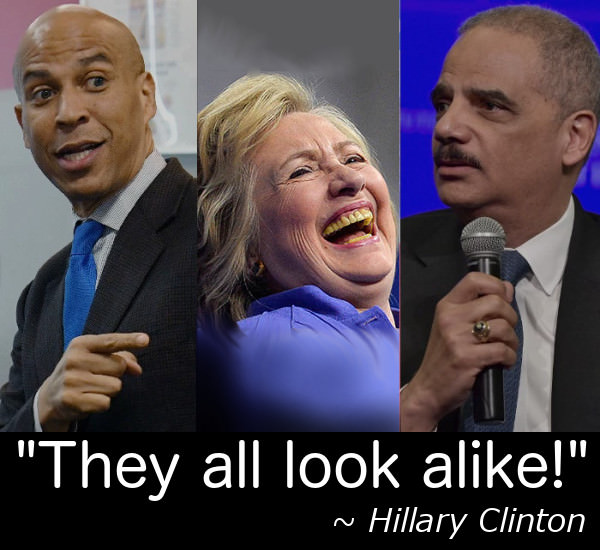 Click on the above image to hear Crooked Hillary say exactly that!