"Some insights are timeless," Abbott tweeted, referencing a picture that quotes Churchill saying, "The fascists of the future will call themselves anti-fascists." There is no proof that Churchill ever made such a comment.

Responding to the quote, The Atlantic's David Frum joked that a phrase often used by President Trump could also be attributed to the nation's first president: "In the deathless words of George Washington, 'Collusion is not a crime.'"

"'The problem with quotes on the internet, is often they are not true' -Abraham Lincoln,'" Radio and TV personality Benjamin Allbright tweeted.

"Fact check: A similar phrase is attributed to Huey Long, a populist Louisiana governor and senator, but historians say there is decidedly no record of Winston Churchill uttering or writing this," Voice of America's Steve Herman tweeted.

“It's weird to think that the greatest indication of success is that one day people on the Internet will attribute fake stuff to you," The Washington Free Beacon's Alex Griswold tweeted.

Abbott has not responded to criticism since posting the tweet.

The tweet came after a weekend in which far-right protests and counter protests took place in cities such as Berkeley, Calif., and Portland, Ore.

In addition, the tweet was posted a day after anti-fascist protesters confronted leaders of Turning Point USA (TPUSA), a right-wing organization for conservative college students, while they were eating breakfast in Philadelphia.

TOPICS: News/Current Events; US: Texas
KEYWORDS: abbott; churchill; memes; texas
A reminder to everyone to be careful to check and recheck your quotes and memes.

I have seen many people mangle and misattribute quotes.

There are many sites to search quotes but often those sites are repeating the same misquotes and misattributions.

The best way to check a quote is to find the original, full attribution with a sourced reference.

Everyone needs to be careful.

Being lazing and just re-posting a meme quote you found on some other website leaves everyone open to ridicule.

Life has gotten too serious. I’m inclined to let God sort it all out.

While the left murders the unborn, destroys marriage, the language,science and the Constitution; we worry over being ridiculed.

Excellent point! Of course, the left does that as well “Hitler quote” for example. But nothing makes you look dumber than posting an unvetted urban myth.

Remember when Bartlett’s Familiar Quotations was the authoritative source for quotations? The book was first issued in 1855 and is currently in its eighteenth edition, published in 2012.

Today, the authoritative source is “Bob’s Meme and Quote Factory.”

I think Ingsoc describes the Antifa and our current left quite nicely. 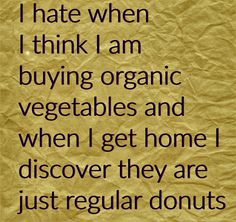 8 posted on 08/07/2018 8:35:25 AM PDT by ProtectOurFreedom
[ Post Reply | Private Reply | To 1 | View Replies]
To: PlateOfShrimp
I remember when Barbara Streisand quoted Shakespeare in reference to GW Bush.

The passage was completely made up.

When exposed she gave the Dan Rather excuse. 'Even if it's not a Shakespeare quote it's still true!'

Why would you hate that?

The author brings the words to our attention but after that introduction the words have to stand on their own.

Regardless of the author do the words stand on their own?

Sometimes it's difficult to pin down the original source unless it's in print or video:

"Lies, damned lies, and statistics" is a phrase describing the persuasive power of numbers, particularly the use of statistics to bolster weak arguments. It is also sometimes colloquially used to doubt statistics used to prove an opponent's point.

The term was popularized in United States by Mark Twain (among others), who attributed it to the British Prime Minister Benjamin Disraeli: "There are three kinds of lies: lies, damned lies, and statistics." However, the phrase is not found in any of Disraeli's works and the earliest known appearances were years after his death. Several other people have been listed as originators of the quote, and it is often erroneously attributed to Twain himself.

How many times has this been misquoted, re-written, and attributed to different people?

Did he really say that?

The universe - now with more molecules!

I support Disraeli’s observation regarding the value of preserving quotations. My personal position is that the words are more important than the author.

Here is an example of what I mean: A fine quotation is a diamond on the finger of a witty person but a pebble in the hands of a fool – Author Unknown

The wisdom of the words will not improve if I discover that quotation’s author.

The bible is the root of many popular quotations from notable people but it is not necessary to know the source in order to enjoy the message.