2nd Special Counsel is our only hope at this point.

Name one reputable, well-known, credentialed, legal type not connected to DC, the GOPe, or the Swamp.

41 posted on 03/18/2018 10:17:15 AM PDT by PIF (They came for me and mine ... now it is your turn ...)
[ Post Reply | Private Reply | To 30 | View Replies]
To: Thank You Rush
The Trump administration has no plans to charge former IRS official Lois Lerner over her role in the Tea Party targeting scandal, the Justice Department said Friday in response to calls by Republican lawmakers to revisit the case. In a letter to the lawmakers, the Justice Department said that "reopening the criminal investigation would not be appropriate based on the available evidence." This past April, House Ways and Means Committee Chairman Kevin Brady, R-Texas, and Rep. Peter Roskam, R-Ill., had asked Attorney General Jeff Sessions to take a "fresh look" at the case.

43 posted on 03/18/2018 11:05:05 AM PDT by Bodleian_Girl (Standing on the edges of a thousand burning bridges)
[ Post Reply | Private Reply | To 16 | View Replies]
To: Cheerio
As political soap opera entertainment goes, based upon viewer and fan reactions so far, “AG Sessions” is an astounding, outstanding character.

I’d hate to play poker with that guy.

If the rumors are true about what he has going on just below the one-stream media’s “see” level, then he has fooled them all in a spectacularly low-key fashion.

In the mean time, it’s just a lot of false witness noise and drama to observe and chew on while we wait for this season’s new episodes to begin.

Maybe it is the immigration thing that keeps Sessions in place. I clearly don't know.

I absolutely reject the notion that sessions is secretly investigating and prosecuting all the obama clinton corruption.

Right, that would be Horowitz doing that. Sessions says he has already appointed an outside-of-Washington prosecutor who is supposed to take the OIG report and evidence and start issuing indictments. If true, I could forgive Sessions a bit. Unfortunately, I'm not sure I buy that. If it is true, the identity of that outside prosecutor is the best (and only) kept secret in Washington.

45 posted on 03/18/2018 11:34:40 AM PDT by NutsOnYew (If the world was perfect, it wouldn't be.)
[ Post Reply | Private Reply | To 39 | View Replies]
To: apoliticalone
I’d like to see a cabinet member actually have the project, responsibility and accountability for getting our debt and deficits on a trend line that improves, instead of getting worse.

Me, too. It would also be nice to have a congress with the same goal.

Personally I dont read sessions statement as being he authorized an outside of Wash. prosecutor to investigate and prosecute anything. My recollection is that he was asked if he is going to honor the request to appoint asecond special counsel and he responded that he already had a outside of wash person with prosecutor experience looking at the same matters the congressman requested a special counsel for. He did not indicate that that person had authority to prosecute. I see a big distinction. He could have easily and very approriately said “ and that person has all the authority to investigate and prosecute”. He didnt say that. That leads me to believe this outside wash. Person is merely going to advise him, nothing more. Hopefully, my interpretation is incorrect.

No, he didn't. The whole thing was almost a throw-away line in a bigger interview and had no specifics. My thin hopes are related to the fact that Sessions specified that he had appointed a prosecutor, as you said. Why appoint a prosecutor as a special counsel if you don't intend to prosecute? We'll see what happens when Horowitz releases his report.

48 posted on 03/18/2018 12:25:49 PM PDT by NutsOnYew (If the world was perfect, it wouldn't be.)
[ Post Reply | Private Reply | To 47 | View Replies]
To: davidb56
A better move would be to fire Rosenstein, since CONgress isn't threatening Trump about firing him. Then replace Rosenstein with a real pitbull to continue to do Sessions job.

Been saying that for a couple of months. Although I still think many would scream obstruction. But not enough would vote to impeach.

It would be a real slog. But it might be the only way to pull the swamp drain plug.

I thought Sessions said that he has somebody outside of DC, looking into appointing a Special Prosecutor.

I’m NOT going to hold my breathe on Sessions appointing anyone! He fired McCabe, because Trump fired Tillerson, and he was running scared that he was next.

The Deep State wants Sessions right where he is, because very little will be accomplished. This past year has been very disappointing due to Sessions focus on the wrong things.

52 posted on 03/18/2018 2:18:36 PM PDT by Windflier (Pitchforks and torches ripen on the vine. Left too long, they become black rifles.)
[ Post Reply | Private Reply | To 27 | View Replies]
To: davidb56
A better move would be to fire Rosenstein, since CONgress isn't threatening Trump about firing him. Then replace Rosenstein with a real pitbull to continue to do Sessions job.

I like it, but we must wonder why the President hasn't already made that move. It seems like such an obvious strategy, and one that someone as shrewd as Trump would employ.

IIRC, he said he has appointed a DOJ prosecutor from outside DC to look into the areas for which some in Congress were requesting a special prosecutor. And, that's about all we know. I have never seen this person identified and it's not clear what powers and responsibilities might be assigned to him/her.

I think it should be looked at also but would have preferred it during the time of the event(s)....Now it would just muddy already murky waters and there is still an awful lot to be cleaned up just in the DOJ and FBI from current events. Hopefully nothing else will be pushed to the background and forgotten but will be dealt with NOW!!! 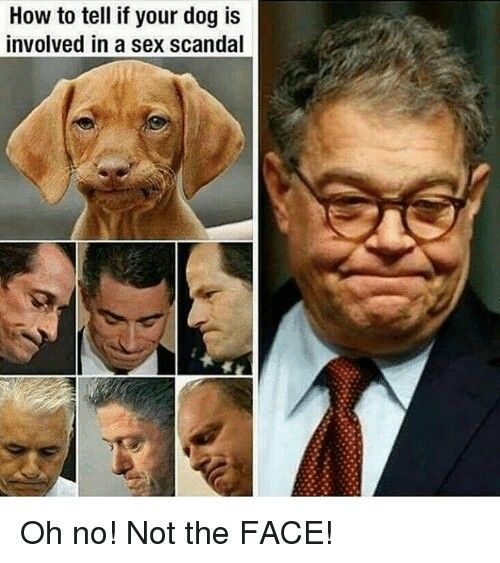 After rejecting Occam’s Razor that’s what you’re left with.