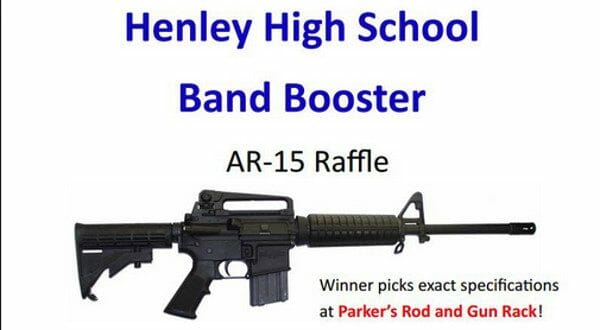 After another mass murder in the defenseless victim zone of a Florida School, the dominant media and other anti-Second Amendment bullies are demanding that American conservatives and the Gun Culture accept their assumption that guns are evil. To accede to those demands is both easy and cowardly.

All of the power in the leftist media, such as ABC, NBC, CNN, MSNBC, The New York Times, the Washington Post, AP and CBS, are on the side of the anti-Second Amendment bullies. The easy way out, when confronted with such power to demean, denigrate, and destroy, is to surrender and beat a hasty retreat. It is easy to give up your principles and give implicit agreement that guns are evil.

That is what happened in Michigan. From freep.com:

A “Wild Game” charity dinner to raise money for a high school football team in western Oakland County has been cancelled after community backlash over a raffle whose prizes included an AR-15 rifle — the same semi-automatic weapon that was used to kill 17 people at a Florida school this past week.

“Due to the recent tragic events earlier this week, the South Lyon Football Booster Organization has decided to cancel their second annual Wild Game Dinner. The sensitivity of the issue coupled with the untimely tragedy has led to the decision,” a statement posted on the team's website said.

The statement, written by the South Lyon Football Boosters, explained that the area has “an abundance of hunters and sportsmen,” the event was attempting

No, they don't think guns are evil. They think YOU (the gun owner) are evil.

Why else would you want one?