tar, feathers- and lime. you forgot the lime. ( so they don’t stink)

When did they find time to work?

I see the missing period as pretty important - through Jan 20th and then afterwards. McCabe and Strzok tricked Gen Flynn into a plea based on “I don’t recall”- the same phrase that exonerated everyone over the past 25 years. The slip ups in those text messages through February will ensnare the Obama people. Get Bill Binney if you want, enlist Admiral Rogers if we must, but GET those messages.

So just how did investigators find 50,000 texts between Strzok and Page when five months are missing? And please don’t insult our intelligence by telling us that they can’t be recovered - especially after the DOJ IG told us that he has them...

I’ve thought on this some.

Most of us use SMS services that are provided by a wireless carrier like Verizon. I believe it to be a virtual certainty that all messages from these commercial SMS services are swept up by the NSA and available for searching for some period of time. I think you can also assume your emails on public servers like gmail and all your cell phone calls and voicemails are also swept up.

I have to question whether any federal agency uses a commercial SMS service from a national carrier for official business. Doing so would preclude virtually all communication between each other that has any classified, grand jury, confidential, ongoing investigation type information being transmitted.

It seems more likely to me these investigative and spook type agencies would use a private app that sent encrypted messages from a cell device over a commercial cellular network through a tightly secured firewall onto a server farm under the full control of the agency with no intermediate or local storage of data.

In short, the FBI could make those 6 months of text messages disappear if they wanted to. Individuals may subvert these controls and use personal or burner phones and there might be some data stored somewhere from these devices. Hard to imagine a Sr. Director of Counter Intelligence for the FBI is that stupid, although he was thinking with his small head during this time.

I don't think they 'cheated' on their spouses in the classic sense.

In lieu of sex, they rubbed iphones and blackberrys together, and excitedly watched as sparks flew into the night.

They love to insult our intelligence. How often has this type of excuse been used - messages lost, computer crashed, nothing can be retrieved, etc. Now is Sessions going to lead an “investigation” or has he received his deep state marching orders to delay, hide and destroy evidence, and generally make sure that the truth is never revealed?

What’s next?
You have to ask?

A shrug of the shoulders and a mumbling “guess thar ain’t nothin’ we can do ‘bout it” and the story fades.

Sessions couldn't find his rear end with both hands and a flashlight.

Since Rush mentioned it several days ago, I’ve been asking friends and associates if they’ve heard of a company called Fusion GPS. So far nobody has. So all this Deep State, missing texts, 4-page memos, FBI/DNC/DOJ corruption isn’t reaching critical mass.

You are really living in a pre Trump World. 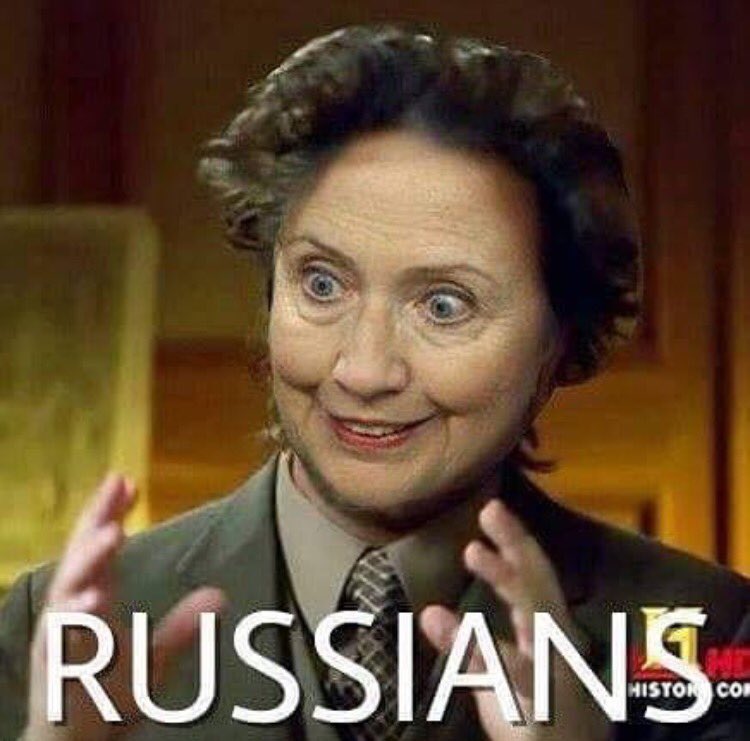 What if the “missing” messages are being kept “missing” because they involved discussion of more “drastic” measures against Trump? “Q” is hinting at this in his/her latest post.

Peter Strzok to a black site in Central Asia, hopefully.

35 posted on 01/23/2018 4:58:20 AM PST by tgusa (gun control: hitting center of mass)
[ Post Reply | Private Reply | To 21 | View Replies]
To: Former Proud Canadian; Noumenon; Travis McGee
This is treason. The conspirators need to go to jail for a long time. Bonus question: Why are they all still employed by the federal government?

Because the coup is not over, all of its forces have not been deployed yet, and the outcome is very much in doubt.

This has gone WAY beyond "going to jail", which implies that these activities can be suppressed by "the ordinary course of judicial proceedings, or by the powers vested in the Marshals by law".

This will either be ended by force or by a communist takeover of the Washington government.

The saving grace in all this evil doing is it appears FBI agents are so stupid as to believe erasing a Gmail message makes it go away. Hopefully the same caliber of idiot is involved in the erasure (i.e. the "glitch") of the Strzok and Page messages. So they'll think they destroyed the messages, but they still exist.

It is disturbing, in fact infuriating, to think the FBI can dismiss the destruction of the messages from these two agents as a technical "glitch". A technical glitch which just happened to affect these very two agents out of the thousands of FBI agents at the very time-frame that was critical. That excuse is beyond insulting. it is criminal.

37 posted on 01/23/2018 5:04:22 AM PST by Flick Lives
[ Post Reply | Private Reply | To 1 | View Replies]
To: major-pelham
The slip ups in those text messages through February will ensnare the Obama people. Get Bill Binney if you want, enlist Admiral Rogers if we must, but GET those messages

You don't get it.

Finding "the evidence" does not matter, for two reasons.

First: The coup plotters are still active and control much of the Federal government. They have not deployed all of their forces. They have made it clear (crystal) that they will not follow orders. No prosecution is possible under these conditions.

Second, and more important. Most of the Hillary voters, all 66 million of them, APPROVE of the coup and would support, most of them, an escalation to force-on-force. This cannot be deterred or prevented by pieces of paper in a courtroom.