Obamacares Individual Mandate Is Repealing Itself; Premiums are so high that many are exempt.
National Review ^ | 11/28/2017 | By Doug Badger

The Senate this week is expected to vote on a tax bill that includes a controversial provision to repeal Obamacare’s tax penalty on the uninsured.

Democrats and some conservative policy analysts fret that if Congress scuttles the so-called individual mandate, insurance premiums will rise.

The reverse may be closer to the truth: Premiums for Obamacare policies next year will be so high that millions will be exempt from the tax penalty whether Congress repeals it or not. Even the skimpiest coverage now costs so much that many uninsured people with six-figure incomes will be exempt.

The individual mandate is repealing itself.

The mandate represented a grand bargain between the government and the insurance industry. Insurers agreed not to base premiums on applicants’ medical conditions, and in exchange, the government agreed to subsidize premiums and penalize the uninsured. In theory, the threat of tax penalties would induce healthy people to pay an unfairly high price for a product they wouldn’t otherwise buy, creating a stable insurance pool that would generate billions in profits for insurers.

It hasn’t worked out that way. Healthy people have largely shunned the exchanges, making the individual health-insurance market a losing proposition for most insurers. The number of people with individual policies, which grew during Obamacare’s first two years, has been shrinking since 2016. The erosion has been most pronounced among those who earn too much to receive premium subsidies.

So why aren’t more people who refuse to buy Obamacare policies forced to pay tax penalties? One reason is that the Obamacare statute does not permit the IRS to collect the penalty in cases where premiums would exceed 8 percent of an uninsured person’s income. That is a high bar: The average household spent 5.5 percent of its income on health-insurance premiums last year, according to the Bureau of Labor Statistics.

But that number includes people with employer coverage. Obamacare premiums are so high that they often exceed that threshold even for families with relatively comfortable earnings. For a 35-year-old couple, subsidies end at about $65,000 in income — but Bronze-level coverage costs an average of nearly $7,800, according to the Kaiser Family Foundation’s premium calculator. This premium will exceed 8 percent of the couple’s income unless their earnings approach $97,400. A 31-year-old couple with a toddler loses subsidies at an income of about $82,000, but would have to pay more than $9,800 for a Bronze plan — meaning they would be exempt from the penalty unless their earnings total nearly $123,000.

Middle-aged people pay higher premiums under Obamacare, making them even more likely to qualify for exemptions. A 50-year-old couple ineligible for subsidies (which end around $65,000) would face premiums of nearly $11,400 for a Bronze policy, freeing them from the penalty if their income is below $142,000. At the extreme, a 64-year-old couple (facing the same $65,000 subsidy cutoff) wouldn’t have to pay the tax penalty unless their earnings topped $239,000.

Lavish premiums don’t buy lavish coverage. Family deductibles for Bronze plans average more than $12,000, and limits on out-of-pocket spending for covered, in-network services average nearly $14,000. Our hypothetical 35-year-old couple would have to shell out more than $21,700 in premiums and medical bills before their insurance company began bearing the full cost of their in-network expenses. Hardly an appealing proposition.

The reflexive response of Obamacare proponents is to blame higher premiums on President Trump. For them, there is no problem with Obamacare that impeachment wouldn’t solve. They cast his decision to discontinue cost-sharing-reduction subsidies to insurers beginning in January 2018 as an act of sabotage. These federal outlays compensate insurers for providing generous benefits to certain low-income people.

Congress has never appropriated money for these payments. A federal judge ruled in May 2016 that it was unconstitutional for the government to continue to make them. Both the Obama and the Trump administrations have made them anyway. By the end of this month, the government will have spent an estimated $22 billion in unappropriated money on this program. Trump’s decision to halt those payments looks less like sabotage than like constitutional governance.

It is true that terminating the cost-sharing-reduction payments has forced insurers to raise premiums to compensate for their loss. But in most states, those higher premiums apply only to Silver plans. The rates quoted in this piece are national averages for Bronze plans, whose premiums were largely unaffected by the termination of cost-sharing-reduction subsidies in most states.

Repealing the mandate would, of course, induce at least some to drop their individual policies. Those who decline coverage are more likely than not in reasonably good health, leaving the insurance pool worse off. But the effect on premiums would likely be small. Healthy people have generally refused Obamacare policies because they cost too much and cover too little. Tax penalties have not altered that value proposition.

As premiums have risen, the mandate’s power and reach have waned. Congress should finish the job and repeal a mandate that already is repealing itself.

Math is hard, for liberals. 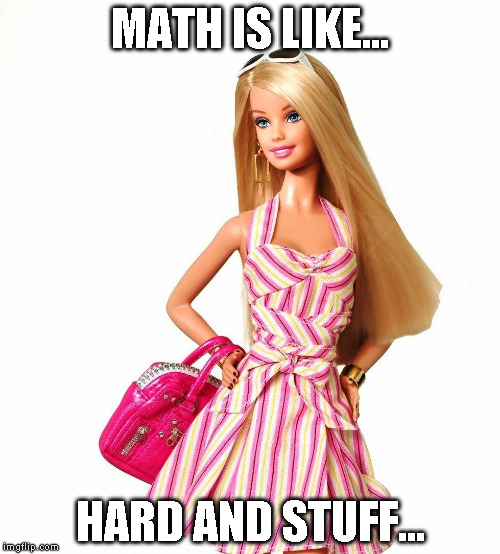 Encourage competition between insurers across state lines.
That would drive premiums down.

Not enough. I want it official. The idiot running the IRS stated he will send warning letters to those who dont pay. I just pay the penalty for the last 6 years.

Too late for repeal.

Let it die of its own impossibility.

I am a 54 year old divorced woman who makes about 30K a year and I rent in an expensive part of Los Angles.

8 posted on 11/28/2017 11:39:30 AM PST by VTenigma (The Democrat party is the party of the mathematically challenged)
[ Post Reply | Private Reply | To 2 | View Replies]
To: Lizavetta
Congratulations, Lizavetta; you are the beneficiary of subsidy ... and a very large one at that. Presuming you have a Bronze level plan, people like me are paying for 80% of your insurance coverage.

In comparison, this year, as a retired, married 60 year old with one dependent college-aged daughter with income of about $160K, I pay $1400/mo ($17K/yr)for a Bronze level PPO through COBRA my former employer. My deductible is $5200 in-network and another $5200 out-of-network.

Once my COBRA expires early next year, the same coverage will cost me $2,600 per month ($31K/yr) ... that's more than your yearly income for just my Health Insurance Premium!

This year, we are on track to spend a total of $45K in premiums, deductibles, coinsurance, and uncovered expenses ... and, believe it or not, we're reasonably healty! Next year, if all else remains the same, we'll pay nearly $60K ... twice your annual income!

And best of all, since I live in California ... a very high income tax state ... if the proposed tax reforms bill pass as they stand, I'll wind up paying somewhere between $7.5K and $10K more in Federal Income Taxes! All told, this year, I'll pay over half my income on Healthcare and Taxes alone. Next year, it'll be over 60%.

There is nothing affordable, equitable, fair, or even reasonable about this situation. Next time someone tells me I'm not paying my fair share, I'm likely to explode!

9 posted on 11/28/2017 1:39:44 PM PST by Dimples
[ Post Reply | Private Reply | To 7 | View Replies]
To: Dimples
Congratulations, Lizavetta; you are the beneficiary of subsidy ... and a very large one at that. Presuming you have a Bronze level plan, people like me are paying for 80% of your insurance coverage.

Please. I am very much aware that I am heavily subsidized. Yes, it's a Bronze plan with everything out of pocket.

Keep in mind there is no other option for me. None.

I am forced by law to buy this coverage. Non-Obamacare is completely out of range on my income, and I make too much for Medi-Cal, which is also heavily subsidized. I am self-employed so I have no employer-sponsored plan either.

And with the taxes I pay, I am paying for my subsidies also, although not nearly what others are.

I didn't choose this and, frankly, the government should get the F out of the medical insurance business so market forces will bring it down to affordable levels.