A Connecticut town councilman forced to resign after discovery of his interest in the "furry" subculture was not unfairly discriminated against, the town's mayor says.

The damned pervert. He SHOULD be discriminated against.

Everybody looks down on furries.

You can’t make this crap up.

That and the Brony subculture. Men have become so feminized and sissyfied that it’s not even funny.

But it’s between hundreds of consenting adults!!

I actually would happily trade Mayor Yoga Pants Garcetti for any number of furry foxes, cats, or teddy bears.

9 posted on 09/10/2017 9:38:48 AM PDT by Yaelle (Leftist trees bear strange fruit...blood on the leaves, blood on the root...)
[ Post Reply | Private Reply | To 1 | View Replies]
To: deplorableindc
If transhumanism ever becomes a thing it will be truly interesting/revolting/gut-busting to see what people choose to look like.

The few of us that remain merely human will be running away, not from terminator-like metallic bipeds, but sparkly unicorns with laser weapons in their horns.

Never heard of "Brony" until your post.Googled it.

My sister's granddaughter lost interest in My Little Pony at 10.Her brother,a Mets and Jets fan,(poor kid!) has never been interested.Nor has his father.

We have a female cat who “adopted” a my little pony that my daughter had as a toddler. The cat will nuzzle it, clean it, and pretty much treat it like it’s her kitten. But she’s a cat. Not a grown man. Huge difference.

14 posted on 09/10/2017 10:15:01 AM PDT by Zman (Liberals: denying reality since Day One.)
[ Post Reply | Private Reply | To 1 | View Replies]
To: Gay State Conservative
I really don't wanna know more about these sicko freaks, but it did recall the scene with Selma Blair in "The Sweetest Thing" where her boyfriend turns up in an elephant costume! 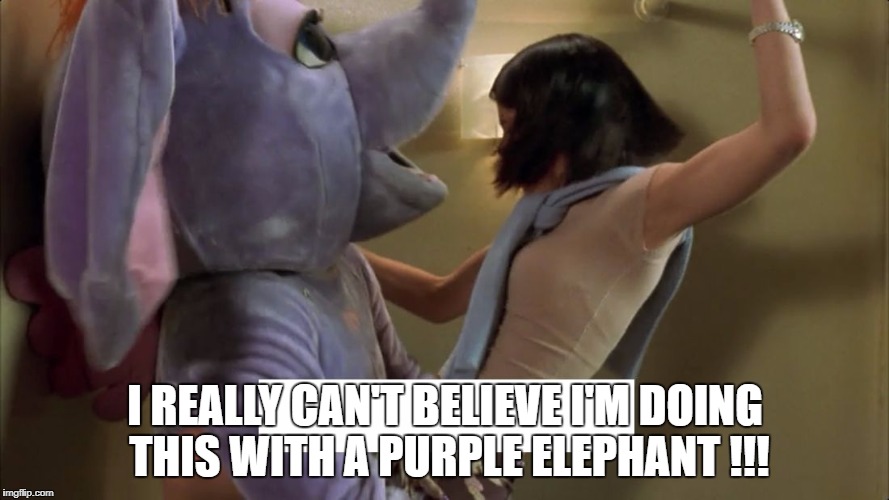 Okay I admit I’m not totally up to speed to the latest perversion - what the hell is a furry?

I do have an friend who is a furry, he is my cousin. He tells me that it’s interesting. If you need to be an animal to have sex, you must be nuts...