The number of cases of very dangerous, multi-drug resistant (MDR) tuberculosis (TB) reported in Massachusetts spiked 75 percent in 2015, to seven cases, up from four in 2014, according to the Massachusetts Department of Public Health.

In 2015, 87 percent of the 192 cases of active TB diagnosed in Massachusetts (167 out of 192) were foreign-born, a rate significantly higher than the foreign-born rate across the country that year, which was 66 percent.

The doctors at the old immigration entry point, Ellis Island, used to screen for TB. Is anyone screening these new arrivals?

We had virtually eradicated so many diseases...and now they are coming back as Obama tries to kill us

I remember the scene in “The Godfather II”, in which a young Vito Corleone is put in quarantine because it was discovered he was carrying the smallpox virus. Your comment regarding Ellis Island made me think of that.

3 posted on 08/01/2016 10:49:32 AM PDT by OttawaFreeper ("If I had to go to war again, I'd bring lacrosse players" Conn Smythe)
[ Post Reply | Private Reply | To 1 | View Replies]
To: Leaning Right
The Obama Administration is actively recruiting AIDS, drug resistant TB and other serious chronic disease patients to bring them to the US for medical treatment.

It was even part of ObamaCare

The elites know this. They know this policy can kill thousands of Americans.

They are perfectly OK with that.

No, Immigration is purposefully NOT screening them because it would be politically incorrect to protect US citizens from diseases spread by “refugees”.

The new days of immigration where we ask not what they can do for our country, but what our country can do for them.The enemy from within has taken us down.

I think you are right about Obama.>

He hates America and Americans and resents the fact we have built a better society and culture than his muslim and black ancestors.

In my area we are loaded with new immigrants who are the scum of just about every country in the planet.

TB is rampant along with just about every other disease and sickness you can think of.

And these people do not know (or care) about basic hygiene or common courtesy.

They cough and sneeze right on you, they wipe snot off their noses then touch thing like money, produce, etc.

It’s like running the gauntlet to go to a store or mall anymore.

Liberals wanted these cockroaches here, now they bring TB and other diseases

Biblical signs of the times . . . . http://www.patburt.com/ AND God’s promise ‘And I will bless them that bless you, and curse him that curses you: and in you shall all families of the earth be blessed. Genesis 12:3

IMHO this is only the beginning of the looming disasters for the USA unless we immediately “turn from our wicked ways”.

it is beyond rational comprehension how that radical POS is allowed to remain in our WH and continues working to destroy this country and us. That isn’t just being stupid on the part of patriotic Americans, that’s being suicidal.

Yes they are screened, and it takes 18 months for refugees to be screened for radical ties.

They are out there saving lives.

These are the best of the best.

Oh Oh..it wasn’t Vito Corleone. The young boy was named Vito ANDOLINI. The Ellis Island clerk renamed the boy “Corleone”. Hundreds of thousands of immigrants walked ONTO Ellis Island with the European names of birth and walked OFF Ellis with a NEW name.
Did you also notice the Ellis guard combing the beard of what looked like a typical Orthodox Jew. He was looking for lice, or other unwanted hitch-hikers.
All were screened for HEALTH threats to the new country.
That system worked beautifully and made us the “naion of immigrants.” Today’s system makes us a nation of CHAOS.

You are right for pointing that out (about him being born Vito Andolini and then being renamed Corleone by the clerk, even though the interpreter told him the boy’s full name).

That was back when the United States and Canada were both regarded as places for immigrants where you built yourself a new life and future, as opposed to nowadays with people wanting a free lunch (totally agreed also with your point on today’s system making chaos).

Embrace the suck, Assachusetts!
We’re in this “immigration” boat dilemma because the smartest people in the United State elected vulgar, trash Kennedys.

The.
Smartest.
People.
In.
The.
United.
States.


17 posted on 08/01/2016 11:59:58 AM PDT by Original Lurker
[ Post Reply | Private Reply | To 1 | View Replies]
To: OttawaFreeper
You are right for pointing that out (about him being born Vito Andolini and then being renamed Corleone by the clerk, even though the interpreter told him the boy’s full name).

"My father's name was Antonio Andolini–and this is for you!" 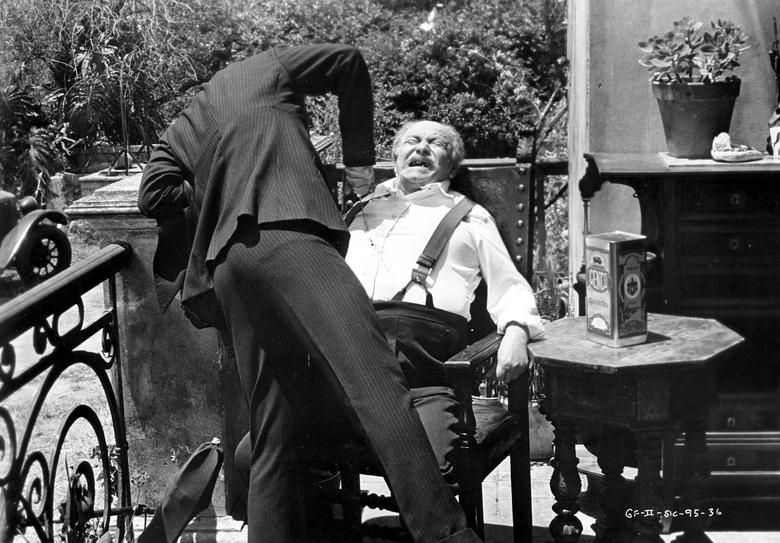 My Filipina wife (Then fiancee’) was screened three times ... once in the Philippines and twice here ... in 2010