The conflict between religious freedom and gay rights has a new battleground — California's religious colleges and universities.

A bill moving through the Legislare would remove a longstanding exemption from anti-discrimination laws for religious institutions, potentially exposing the schools to civil rights lawsuits from students and employees.

Is the government going too far?

Really??/ you have to ask that question?

Next to SCOTUS, hopefully not Hillary’s SCOTUS. As a single CA dad, I put all 4 of my kids thru private Christians schools, then college, though not religious colleges.

I am really beginning to hate this state.

I don’t know what part of “private school” the government doesn’t understand, and the students knew what they were getting into before they enrolled.

Would this apply only if the school takes state money?

There are several states in the running for complete insanity.

Cuomo spits out a nutty idea a week, CA seems to do it 3 or 4 times a week.

She’s only up 12 in NY. That’s not impossible to overcome.

Apparently not, but that remains to be seen.

I appreciate taking a good Muslim every morning before my cup of coffee.

well, get it on, LBGTQs - who’s first into the nearest madrassa? Wait. What? They might get angry? That scares you? But Jesus doesn’t? hmmmmmmm.

What part of “private school” do these people not understand? The last I heard, if the school does not accept public funding, it is not subject to government regulations-has that changed in Cali?

Barry Obama and his incompetent Affirmative Action Atheist are stipulating that the First Amendment to the United States Constitution allows only for "worship." That isn't what it says. They want people to believe that lie, so that they cannot exercise their faith as guaranteed under the Constitution.

My religion says that homosexuality is sin, and I cannot be forced, under the Constitution, to be forced to accept that sin.

German Pastor Dietrich Bonhoeffer told Hitler that German Christians "will never bow down to you."

We Christians in America have the same stance. We will not bow down to Evil. We choose God over man. 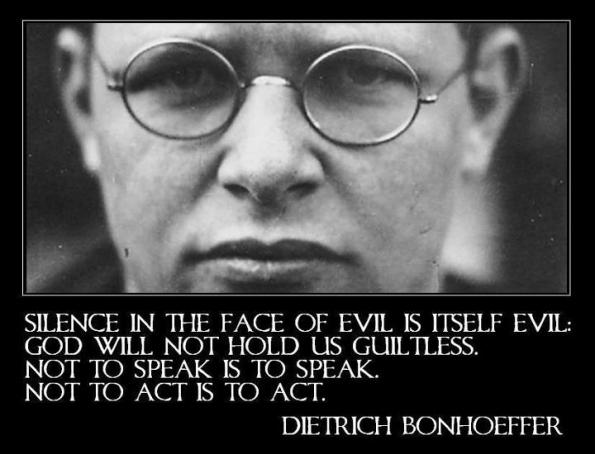 Of course he would. I don’t think Bill cares if they are gay or straight.

Have they started building the reeducation camps yet? Don’t forget the ovens.

I’m not sure, but it sure sounds like it has changed.

But would mandate religious discrimination at LGBTQAOUFOISUD schools.