Hillary Clinton's female surrogates attacked the GOP's record on women's issues Monday ahead of the New York primary, as the Democratic front-runner seeks to turn out women voters.

"A woman voting for Ted Cruz is like a chicken voting for Col. Sanders," Planned Parenthood President Cecile Richards said at the midtown Manhattan rally as she introduced the Democratic front-runner.

Along with Richards, Clinton surrogates Sen. Kirsten Gillibrand, D-N.Y., and former Congresswoman Gabby Giffords, D-Ariz., joined the former secretary of state at the rally. Clinton focused on women's issues during her speech, such as paid family leave, abortion, equal pay and the importance of pushing more women into the high-tech field.

On the campaign trail, Clinton has repeatedly attacked GOP front-runner Donald Trump and Cruz for proposing policies that she says hurt women.

"When the opposition rises to go after one of us, they are really going after all of us," Clinton said of the GOP's investigation of Planned Parenthood.

TOPICS: Politics/Elections; US: Arizona; US: Kentucky; US: New York; US: Texas
KEYWORDS: 2016election; arizona; colonelsanders; dnctalkingpoint; dnctalkingpoints; election2016; gabbygiffords; kentucky; kentuckyfriedchicken; kirstengillibrand; newyork; plannedparenthood; tedcruz; texas
She's just saying that because she is a demenTED surrogate for the Cruz campaign. She just wants you to think that Cruz is pro-life. It's all a conspiracy.
1 posted on 04/18/2016 3:49:08 PM PDT by markomalley
[ Post Reply | Private Reply | View Replies]
To: markomalley

No it would be eggs for Col Sanders, considering what they are so “Pro” for...

But that’s what they did to Todd Akin in 2012. Ran ads against him when he was 3rd in the primary. Got pro-life people to vote for him, and then stomped him into the ground.

So within your squealing tantrum is the grain of truth.

Mrs. Richards has as much class as her mother did.

Cruz isn’t the one bringing his unborn babies in for slaughter.. that’s what they do. 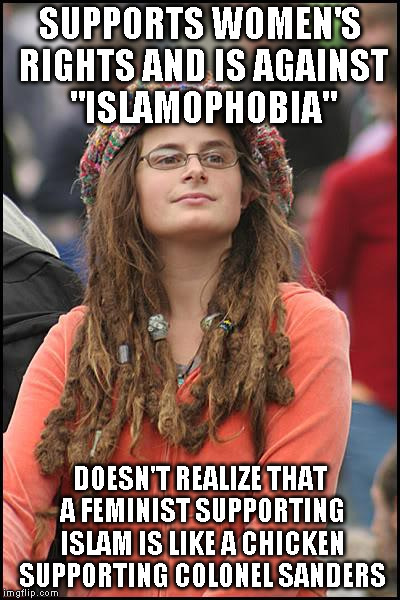 I am pretty sure Cruz is pro-life. Although I intend to vote for Trump and I have some problems with him.

Well, the corollary would be Woman for abortion is like Jews for Hitler.

Well, men voting for Hillary are like testicles voting for a vasectomy.

More of the hail-Satan left’s war on babies.