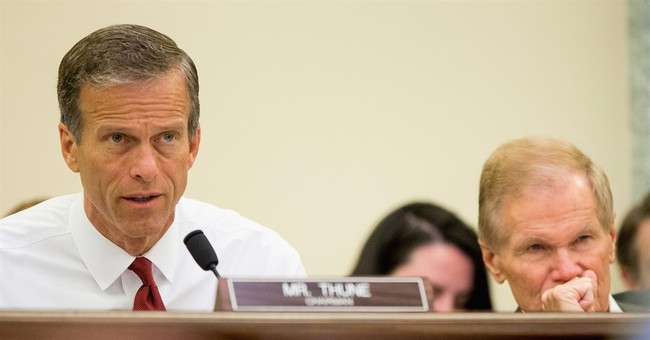 In this election cycle, we hear a lot about the “establishment.” Most people are not really sure who they are, but they are sure that they do not like them. The anger toward the establishment is not party specific and has propelled two unlikely candidates: Donald Trump on the Republican side and Senator Bernie Sanders for the Democrats.

The faithful following these outsiders may be more about “the grassroots trying to teach the establishment a lesson,” as Gary Bauer posited last month, than about affection for either man. In an InfoWars video, reporter Richard Reeves, at the University of Texas in Austin speaks to Wyatt, a young man who’d just voted for Sanders. Wyatt indicates that most of his fellow students likely voted for Sanders as well. The surprise is his comment about the students’ second choice: “Donald Trump.” Why? He’s not “establishment.” Wyatt admits he didn’t consider voting for anyone else—just Sanders and Trump.

The establishment has been slow to grasp the public’s rejection of an increasingly distrusted political class.

However one might define the “establishment,” it certainly includes long-time Washington politicians like Senators Harry Reid (D-NV), Bill Nelson (D-FL), Ron Wyden (D-OR), John Thune (R-SD), Orrin Hatch (R-UT), and Mitch McConnell (R-KY)—who have just engaged in the exact tactics that have fed the voter frustration aimed at them. Avoiding a vigorous debate, they are using a must-pass bill to sneak through millions in totally unrelated taxpayer giveaways to special interests in the renewable energy industry—and they hope voters won’t notice.

The bill is the Federal Aviation Administration (FAA) Reauthorization Act. On April 6, using an unrelated House bill (H.R. 636) that will serve as the legislative shell for the Senate’s FAA measure (S. 2658), the Senate began consideration to reauthorize the FAA for 18 months. It is expected that the bill will be voted on this week, followed by the House—which will take it up when it is back in session.

Funding for the FAA expired in September and received a 6-month extension—which expired again on March 31. Avoiding a shutdown, Congress passed another extension that President Obama signed on March 30. This legislation authorized federal spending on aviation and related aviation taxes through mid-July 2016.

Both the House and Senate have been grappling with a multi-year aviation bill. Now, FAA reauthorization only has about two weeks to be debated and approved before it will be shoved aside to make way for budget proceedings. One major point of conflict is the renewable energy tax breaks. Because the Senate FAA bill includes a tax title, it is open to unrelated tax amendments.

Many renewable energy tax credits were extended in the omnibus spending package that was passed late last year, but Democrats claim that in the chaos of last minute negotiations, some were “unintentionally” left out. According to Morning Consult, Thune said: “This is what [Democrats] always viewed as the best opportunity to get some of these things that were left out of last year’s extender bill.” Senate Minority Leader Reid announced: “the inclusion of the provisions is a requirement for the legislation to move forward.”

While many Republicans opposed the addition of the renewable energy tax credits, provisions supporting investments in fuel cells, geothermal and biomass were included in the Senate negotiations. Addressing the Senate’s scramble to “settle on a cohesive strategy” regarding attaching the renewable energy tax breaks to the bill, Politico reports: “House Republicans have made it clear they’re not interested in renewing any of the expired tax provisions this year.” The bill’s coverage in Roter Daily states: “key Republicans have already warned fellow House members to oppose a deal on tax extenders if it comes out of the Senate, saying they have consistently failed to promote economic growth and create jobs.”

As we have seen with the recent demise of government-funded, green-energy projects, such tax credits and subsidies have repeatedly failed to deliver on their promises of long-term job creation and economic viability. It is for this reason that, on April 5, a coalition of more than 30 organizations sent a letter to the Senate Finance Committee expressing our deep opposition to the proposal. The letter, of which I am a signatory, states: “Congress considered the matter of expiring tax provisions less than 4 months ago. … It should also be noted that Congress extended significantly favorable tax treatment to renewable energy in omnibus appropriation legislation that accompanied the aforementioned tax extender package.”

Andrew Langer, President of the Institute for Liberty, who also signed the letter, explains his position: “In December, Congress purposefully allowed a series of tax credits for so-called ‘green’ energies to expire. This was not some mere oversight as some have alleged, but a purposeful recognition that as the energy landscape has changed, the need to extend some two dozen of these credits was unwarranted. Others were allowed to continue—but roughly $1.5 billion were not.”

If you believe, as all the signatories to the letter do, that American taxpayers shouldn’t have to prop up large, well-connected special interests through tax handouts, carve outs, and loopholes using unsustainable Washington spending, please let your representatives know now. Please urge Senate offices to oppose keeping in the tax extenders, and encourage House offices to oppose adding in extenders.

With our national debt totaling more than $19 trillion, the last thing we need is more corporate welfare. But our legislators are slow to learn. Senate Republicans, like Thune, who is the lead negotiator for the Republicans, have worked with the Democrats to include the renewable energy tax credits. Thune stated: “We’re listening to them and we’re working for them.”

No wonder the electorate is angry. But Washington politicians don’t get it. While a battle rages over who will be the next president, unfazed, the establishment continues on.

Langer concludes: “the political ramifications are clear, as history has taught us. Republicans who give in to cronyism, who give in to profligate spending… they get nothing in the end. Worse, they do considerable damage to the concept that Republicans are the party of lower spending and less government. In a political cycle where the future is entirely uncertain for Republicans at all levels, those who are pushing for these tax breaks do their colleagues no great service.”

Join us in educating the “establishment” by calling them and telling them: “No more green pork!” #GreenPork

This will continue until the vipers nest is cleaned out

It took how long for the Whig party to desolve?

The Republican party will go the same way.

The Republican Party is not Republican, as in the form of government.