Here’s a simple question that desperately needs an answer.

Donald Trump won the Arizona primary in a landslide, 47.1 percent to Ted Cruz’s 24.9 percent, giving the GOP front-runner all 58 of that winner-take-all state’s delegates.

Right now, the Cruz campaign is engaged in a “furious” on-the-ground campaign in Arizona – and in other states won by Trump, including Louisiana, Georgia and Tennessee – to convert Trump delegates into Cruz delegates on a second ballot, should there be a contested GOP convention this summer.

The question is: Is this moral?

Trump calls it “crooked as hell.” But let’s back up a little.

As the Washington Examiner reported Monday, in a story headlined “Cruz snaring Trump’s Arizona delegates” and posted in the lead position of the Drudge Report:

Sen. Ted Cruz is out-hustling Donald Trump and looks set to ensure many Arizona delegates will defect to him in a convention floor fight.

The Texas senator, who ever since Iowa has played a stealthy ground game in contrast to Trump’s chaotic populism, is taking steps to snatch the Republican presidential nomination from The Donald at the convention in July.

The New York businessman easily won last month’s Arizona primary taking 47 percent to Cruz’s 25 percent, scooping up all 58 of the state’s delegates. That’s nearly 5 percent of the 1,237 Trump needs for the nomination, and they’re tied to him on the first ballot.

But Cruz, exploiting deep opposition to Trump among grass-roots Republicans, has been far more active in Arizona than Trump, insiders say. He’s recruiting candidates for the available 55 delegate slots, that along with the other three delegate positions filled by party leaders, would be allowed to vote for him in a multi-ballot contested convention.

TOPICS: Politics/Elections
KEYWORDS: 1stcanadiansenator; amoralcruz; answerisno; backstabbercruz; bfac; canadian; cheatercruz; cruz; cruzie; cruzisobama; dugoutdon; globalistcruz; ineligible; jedijonestrolling; liarcruz; lyinted; noteligiblecruz; openboarderscruz; politicsasusual; stopthesteal; trump; trumptards; valuesvotersmyass Navigation: use the links below to view more comments.
first 1-20, 21-40, 41-60, 61-80 ... 361 next last
From the article..."Regardless of whom you support for the GOP presidential nomination, ask yourself whether what Team Cruz is doing is moral or “sleazy”? There doesn’t seem to be any question that it’s legal. But setting aside legality, which hinges on the complicated and arcane delegate rules that vary from state to state, the question is: Is it moral?"

No. It is not moral. Cruz is supposed to be a "moral, Bible believing Christian Conservative" with non-NY values. How can Cruz supporters cheer sleazy moves like this??? 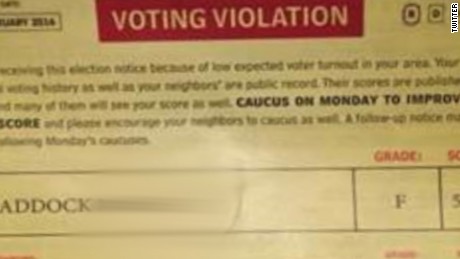 He’s playing by the rulebook. I apologize that my candidate is smarter than yours.

Cruz should want the WILL OF THE PEOPLE.

Clearly, he doesn’t give a flip about what the people want.

Get in the game Trumpsters — there’s more to political campaigns than trying to promote BOGUS Internet slanders. Try to do less of that and more of the detail work to get delegates named.

Lyin Ted holds up the bible way up high! Then he puts it down and steal Carson’s votes and tries to steal Trump’s delegates.

Cruz will back the nominee who gets the delegates... But if you don’t get the delegates on the first ballot, they can go wherever they chuz...

No, but they don’t care.

LOL.. Cruz is so smart he is being humiliated in the voting..

If you are a Trump supporter and your state votes for Trump that entitles you to a slate of delegates that will give you first bite of the convention apple. Nothing more.

This is interesting because a large portion of Trump's appeal is his "smarts" which will bring about better government and better trade deals.

As moral as Bill Clinton in a room full of interns.

“I’d like to know what you think about this. I’m not really interested in comments like: “Trump can’t win in November, so Cruz has to do this stuff to stop Hillary from being elected” or “Trump is also sleazy” or “Trump is so evil,
Cruz has to stop him whatever the means.” Those are just excuses. I simply want to know if you really believe overturning the crystal clear will of Arizona (and other states’) voters is a moral thing to do in pursuit of the presidency.”

If SO man y people are against Trump, then WHY did he win by SUCH HUGE MARGINS IN THE FIRST PLACE?

Cruz is a weasel, a corrupt Uriah Heep character, who lacks a moral compass, principles, and ethics. He is like a runner up ( for anything ), who then somehow manages to harm, kill, damage the front runner so that person gets kicked out.

Cruz has NO morals, consistent with his vote for
ObamaTRADE and his stinking, repeated lies that
he KNOWS are not true, BUT nothing is more important
than making Heidi Goldman Cruz the co-President
for her and Globalism. All bow to Cruz and the UN.