Paris (CNN)As round trips go, it was more of an oval: Paris to Paris with no ground stop in between, and it had grown men and women getting all misty-eyed.

For Air France and its Boeing 747s, it was time to say goodbye -- but the airline and its personnel were having a hard time doing so.

When Air France announced it was abandoning its last three 747s because they are just too expensive to maintain, the airline switchboard was overwhelmed.

Some 30,000 people tried to get on board for one of those last flights.

Why such nostalgia for the Boeing with the back bump?

A French aviation specialist said he believes it's because the plane was the first to "democratize" flying.

When the 747 first entered service with Pan Am in 1970, it gained a distinctive flair and had a certain amount of elegance.

Remember that winding staircase to the upper deck with its open bar? What class -- first, of course!

Its unrivaled seating capacity and range spurred international air travel for an entire generation, earning the nickname "Queen of the Skies."

The jumbo could carry so many passengers to so many far-off places that more and more people had their first adventure abroad thanks to a 747. 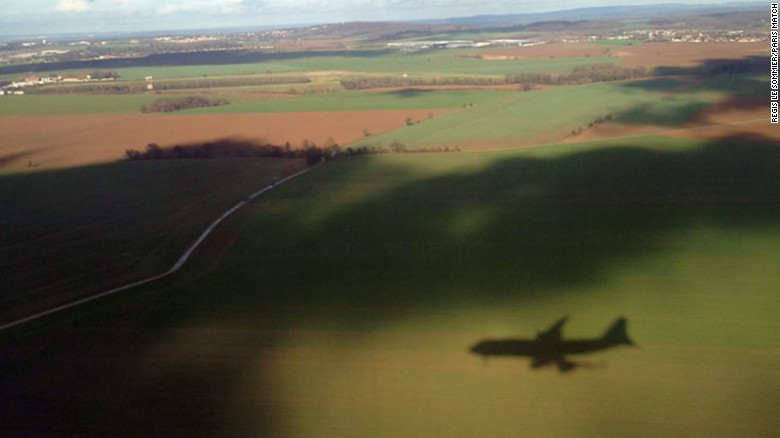 What a great airplane! I love the upper deck on the 744.

I remember coming home in January 1971 from overseas after a horrible flight across the pacific in a deathly cold C-141 with some webbed seating playing ‘thong’ with my butt trying to get home for my father’s funeral. I had my feet straddled over the wheels of a classified jet engine’s carrier and it had some fuel still in it that started dripping. The pilots turned down the temperature and continued on.

Landed at Norton AFB and the TMO said we have a bird off to Dobbins AFB in a half hour. I said no thank you and rode a bus to LA. I tried to buy a ticket for the Delta flight but the agent said “flight’s empty” “I’m putting you Space A”.....it was $74 LA to Atlanta. It was so empty, I had an entire selection of rows where I could put the arms up on 4 seats and crash.....

One of the best flights I ever had.

I flew several different jets from Alaska to Hawaii to Sydney to Adelaide, then back to Brisbane to Hawaii to Alaska.

Avoiding the 737 unless its business or 1st class, just too uncomfortable for flights longer than 4 hours.

A330 Hawaiian
Best seats, no overhead gasper air vents but the best economy service, food and entertainment, will fly again.

Tremendous milestone when it was introduced. The “freighter” that became a legend in the skies. I just remember how the 747 dwarfed the earlier 7-series Boing planes. It was a big baby.

Why such nostalgia for the Boeing with the back bump? …

No, it was a front bump.

A French aviation specialist said he believes it's because the plane was the first to "democratize" flying. …

While i’m on my soapbox about Boeing i will again have to add just how much i hated both hops from Anchorage to Honolulu to and from, 5.5 hours minimum. The seats are torture devices!

Traditionally Alaska has been very good with customer service, but i suspect their decision to run ONLY the 737’s is going to bite them.

Like right now, researching flights to Orlando and back,dismissing any 737 connection, hopefully i can find another A330 with the 2-4-2 seating like the Hawaiian 444, it was actually the shorter A330-200 (A332)

Are they going total Airbus?

Like a great big fat chick trying to pole dance in a g string and pasties.

sukoi-30mki,
Your posts are always great. BUT, that does NOT look like the shadow of a 747. Look at the apparent size of the engines. Also, the winglets look out-sized. The nose? Where is that bulbous thing? Most peculiar, is that there is no noticeable “Hump” in this shadow.

Oh, well. It doesn’t matter. It just struck me immediately. Interesting and slightly sad article. With the real tragedies caused by Islamic terrorists around the world, this is not a big deal. But as one of those who really enjoyed these big bad boys, I am sorry to see their time come to an end.

Not total Airbus, they do love the 777 and believe they have the freighter version as well.

My only experience with France, Air France, or the Boeing 747 was in the summer of 1970 when I was flying back from Germany to report for active duty. The flight stopped in Paris (Le Bourget?) & there was some layover time.

I saw a brand new Air France 747 from the concourse window & stood there gazing at it when an Air France stewardess came up and asked me if I would like a tour of the aircraft.

Followed her into the 747, saw the huge main cabin, then walked up the circular stairs to the upper lounge. I thanked her for the tour. Once in a lifetime.

Try doing that today. Or try doing what I did in 1972 on my way back from Vietnam when I walked down the concourse of S.F. International slinging a golf bag with two rifles sticking out with the bayonets fixed. Different time.

My thoughts too looks odd to me too

16 posted on 01/19/2016 6:14:57 AM PST by al baby (Hi Mom yes I know)
[ Post Reply | Private Reply | To 12 | View Replies]
To: elcid1970
I was stationed in Spain from 68-72. December 1970, at the last minute, I manage a few extra days leave, and decide to try and get home for the holidays....and as cheaply as possible. Somehow, though the exact details are lost forever in my mind, I get a ticket..for about $75.. on an Aer Lingus flight from Shannon to NYC. So I get my ass up to Shannon, and find out it's a charter..and it's a 747..and ..wait for it...it's configured ALL in economy...I'd swear there were 600 passengers..I think they even put seat belts on the toilets and sold tix for the lavatories.. It was full of Irish-Americans returning home after several weeks visiting the "auld sod."

It's amazing the plane didn't blow up mid air...everyone was totally lit before they boarded, and since back then, you could smoke on planers..I figured there was enough alcohol in the cabin air to explode. And everyone had brought with them several bottles, all of which were consumed over the Atlantic..

Best flight..the most fun I ever had on an airplane..even to this day..45 years later....especially the several hundred times everyone sang "Danny Boy"

Everyone wore a jacket and tie those days....flying was civilized..and the PanAm stews were GORGEOUS..

Which made it much easier to tell the respectable people from the hoi polloi.