A 23-year-old man who told police he entered the United States illegally from Mexico has been arrested in connection with the kidnapping and sexual assault of a 13-year-old Florida girl. 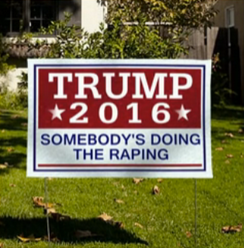 he’s just here doing the kidnappings and rapes that Americans don’t want to do...

I mean he was here illegally not obeying US laws, so he he defaults to Mexico law....

I am sure it’s a simple misunderstanding....fine him 100 pesos and let him go...

Convict, execute, and send carcass back to Mexico.

Trump needs to play this story up big time in Florida. Polk county is part of the I-4 corridor Jeb and Rubio will be working strongly for votes.

A certain dreamer needs to have his acorns stomped on until they’re powder.

Don’t make me spit my coffee out. lol!

It’s just an act of love.

Even if true, the girl didn't give her consent. She was kidnapped and raped.

Came to post this. I see you have me covered. Good job!

If people could please add the keyword, “Illegalaliencrime,” to stories like this, it would help.
You folks have no idea how hard it is to find these stories in the MSM.

Headline indicates that the origin of the perp is immaterial.