It all begins with "Black Larry" and Omaha's Boys Town
Libertarian Republican ^ | Sunday, May 31, 2015 | Eric Dondero

This FROM THE EDITOR: We will have a major update to the Dennis Hastert child sex ring story here tonight. Witness, sworn statement. Stay tuned...

We will begin our coverage of the so-called "Dennis Hastert Sex Scandal," with a video from the early 1990s, from a trusted source of this website. The documentary was set to air on the Discovery Channel in 1994, but was pulled at the last minute, and never ran on cable TV. Some blog sleuths eventually dug it up, years later. It contains some mind-numbing accusations and earth shattering evidence against some Nebraska politicians at the time. However, it also makes serious implications that what happened at Boys Town was not limited to Omaha.

With this documentary you are being introduced to one of the characters, "Black Larry." Pay particular attention to him.

Note - what the documentary only alludes too, is that Black Larry, in addition to his business dealings, was very involved in politics. Specifically, Black Larry was a well-known and well-connected Republican in the 1980s. In fact, he served as leader of what amounted to at the time, of the national Black Republican League. 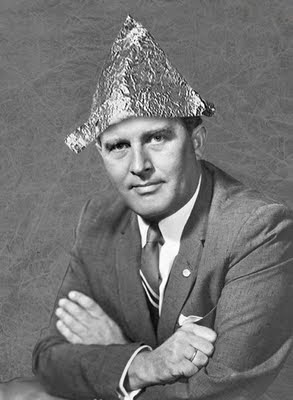 I don’t get it. I just checked back, and the video they’re talking about was uploaded to YouTube two years ago. I don’t have the stamina, nor desire, to look into it anymore.

If you go to the sites homepage and follow the timeline, you will see that the author is just laying the groundwork for a story he plans to release Monday. The latest post seems to be hinting that Ed Rendell may be connected to the scandal.