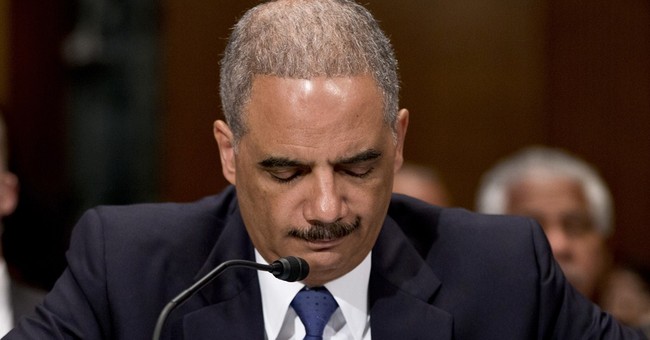 he Operation Fast and Furious document battle between the House Oversight Committee and outgoing Attorney General Eric Holder is ongoing. Recently a federal judge ordered the Department of Justice to turn over a "Vaughn Index" or list of documents being protected under President Obama's assertion of executive privilege by October 22 after a lengthy legal battle with Judicial Watch. Meanwhile despite being issued a subpoena, Holder is still refusing to turn over requested documents about the lethal operation and Congress is now pursuing additional contempt charges against him.

As a reminder, Holder was voted in civil and criminal contempt by House Democrats and Republicans back in June 2012 for failing to comply with the Oversight Committee investigation into the gunrunning program. Holder requested contempt charges be dismissed, arguing the courts have no business getting involved in a dispute between the executive and legislative branches of government. That request was denied by U.S. District Court Judge Amy Berman Jackson last year.

Holder submitted his resignation to President Obama last week but will stay in his position until a new Attorney General is confirmed.

“You don’t want to go there.” —Eric Holder quote

The last one was so effective.

Was ‘Fast & Furious’ a backdoor plot to drive illegals up into the United States by provoking drug cartel violence with their newly acquired U.S. weapons? I think so. Notice what is happening now at our border.

No, it was to create pressure on politicians to stiffen gun control laws in this country because they were showing up in gang wars in Mexico and it would have worked except that the whistle got blown and a couple of fed. Agents got killed with weapons traced back to the feds

Boehner and co. have the winning cards in this game but of course they’ll just fold them as usual.... After all, they wouldn’t want to be accused of racism by the mean old democrats and media now would they?

Justice is a thing of the past in America.

For Eric it’s just another trophy for the wall