Former New Orleans Mayor Ray Nagin is asking for leniency ahead of his July 2 sentencing.

New court filings say Nagin is looking at a minimum of 20 years in prison, based on federal sentencing guidelines. That's a "virtual life sentence" for the 58-year-old former two-term mayor, defense attorney Robert Jenkins wrote in a Friday filing to U.S. District Judge Ginger Berrigan asking her to hand down a lighter term.

I know nothing about prisons and how they work, but doesn’t 20 years work down to about 7-8 years with good behavior and other such incentives....?

Used to be, and still is in many states. Not anymore in the federal system. Parole has been curtailed too. In the fed system, the sentence you get is close to what you will serve. At the moment.

Don’t know how long he will serve, but there will be a bus driver job waiting when he gets out.

Nagin is the tip of the iceberg when it comes to government corruption. There are not enough good people in this country to overcome the stench. That’s why we are taught to pray, “Deliver us from evil.” We will be delivered in good time, perhaps not on our terms, but we will be delivered, and are, but not by any means known to reason and senses.

RayRay wants them to go easy on him. 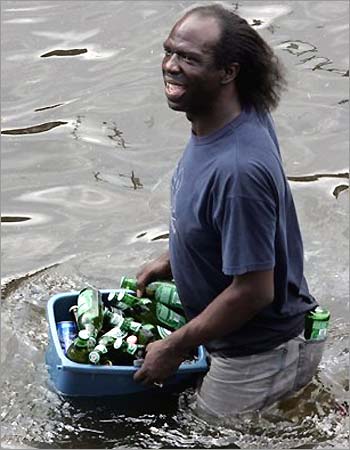 I thought this guy was shipped off to prison a long time ago. He should have been.

Be 'bout time. If GW hadn't been such an inarticulate wimp, he would have had the pimp drugster shot along with Gov. Blanco, the police chief and anyone else who obstructed the relief effort.

He has been a career criminal. Perhaps he should just look at the rest of his life in prison as his “retirement.”

That lying, criminal sack of rat crap! “Go easy”! I mean, it’s New Orleans, the stuff he did is NORMAL. Not an honest politician anywhere for generations and most of the populace is running scams too! I hope he croaks in prison!

32 posted on 06/14/2014 12:19:54 PM PDT by ClearBlueSky (When anyone says its not about Islam...it's about Islam. That death cult must be eradicated.)
[ Post Reply | Private Reply | To 27 | View Replies]
To: VerySadAmerican
The Congressman from New Orleans got shipped off to prison.

He was the one hiding cash in his freezer.

He wanted a private helicopter from the National Guard to check on his cash when all the flooding was occurring and they were needed to save lives.

This is Congressman William Jefferson.

Admiral Nagin needs to go up the river and hang with his fiends..