A blind squirrel finds an acorn once in a while, Algore does have a point. If you can't feed them, don't breed them, though I say regardless of race. OTOH, Is Gore letting his racism show? After all Al Sr. tried to thwart enacting Civil Rights legislation back in the 50's and 60's. Maybe the Shiite doesn't fall far from the tree. Could this explain why the enviro movement in general is so overwhelmingly White? The Sierra Club, WWE, Friends of the Earth, etc. may as well hang "Whites only" signs on the entrances to their headquarters. I've seen more diversity at a NASCAR race.
1 posted on 01/29/2014 4:34:31 PM PST by Impala64ssa
[ Post Reply | Private Reply | View Replies ]
To: Impala64ssa

Some African countries have a life expectancy of 36 years, isn’t that enough for you, spotted Al?

Abortion disproportionately hits women and blacks. That’s why pro-life republicans are represented as racists conducting a war on women. [If this does not make sense to you, then you must not be a liberal.] 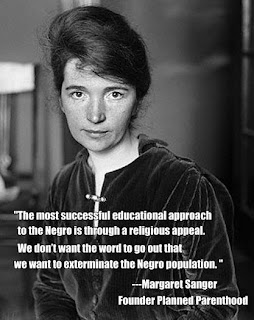 4 posted on 01/29/2014 4:41:41 PM PST by 2ndDivisionVet (Jealousy is when you count someone else's blessings instead of your own.)
[ Post Reply | Private Reply | To 1 | View Replies ]
To: Impala64ssa
Unless Al has a way to force a China-style one child policy down Africa's throat, the only way to bring the population rate down is the same way it's been done in Europe, the Americas, the Asian tigers, Japan, China and India. Reform the economy, cut out as much corruption as possible and start raising living standards.

There is a direct relationship between rising living standards and reduced population rates. Many millions of Chinese and Indians have joined their middle class and their rates are going down. Europe and Japan are now below replacement rates. We would be too, but for immigration.

Al’s family kept the maid/nanny in the car while they’d go inside to eat.

And his daddy voted against the Civil Rights bill.

But it’s those Rethugricants who are so “evil”. Al Sharpton and Jesse Jackson say so!

His and his ilk have already found a way to keep the African population down when they banned DTD.

I don’t believe these stats showing that Africa will exceed China in population. If Africa is the cradle of civilization and oldest place where humans have habited then why hasn’t Africa always been the most populus country? I think we know the answer but I would love to hear Gore answer that question.

Gore is letting his frame of reference show. Gore's worldview, along with all environmentalistss, and almost all leftists, is framed by Parson Thomas Malthus. In 1798 he postulated that:

That the increase of population is necessarily limited by the means of subsistence,

That population does invariably increase when the means of subsistence increase, and,

That the superior power of population is repressed, and the actual population kept equal to the means of subsistence, by misery and vice.

This worldview is not true, and has been falsified scientifically. Nevertheless, it keeps a hold on the left. The boomers, including Gore, were entranced by Paul Erlich's Population Bomb, which stated:

The battle to feed all of humanity is over. In the 1970s hundreds of millions of people will starve to death in spite of any crash programs embarked upon now. At this late date nothing can prevent a substantial increase in the world death rate...

Wrong, wrong, wrong. What happened is that capitalism spread all over the world, and the world has been transformed by the greatest explosion of wealth the world has ever seen. But Al Gore and the left completely ignore it.

The result of this blindness is that the left has been completely blindsided by the increase in human wealth that has taken place over the last 30 years since communism fell.

If you want to understand how idiotic America is, and how the left's blindness is hurting us, look at what China is doing in Africa. They are Africa's largest trading partner. They are building ports, railroads, and infrastructure. Africa is going to grow almost as much as Asia did, and will be middle class in 20 years. This is why Bill Gates, who does charity work in Africa, can state that the world will eliminate poverty by 2030. It isn't the birth control that will do it, it is capitalism, and ignoring Al Gore.

Al Gore and his rich elitist buddies. “Black folks, die quickly”. You are takin’ up air.

The most effective way to control population is to make it affluent. Using energy where manpower has been needed, requires fewer people.

“Former Vice President Al Gore and Microsoft founder Bill Gates (how did Gates get to Davos? Anyone think he flew commercial?) said at the World Economic Forum in Davos that contraception is a key in controlling the proliferation of unusual weather they say is endangering the world.”

We’re a generation too late! Al Gore’s father needed a condom on that fateful night he “conceived” Al.

Al Gore is one of the biggest Free Trader Communists out there. He was Bill Clinton’s point man pushing NAFTA back in 1993.

Most liberal democrats are major Free Trader Communist Globalists. You do not get an invite to Davos and WEC if you are not one.

Al Gore started to talk around 14:55 in the video above and advocated “fertility management” in Africa, something that sounds scary.
Does he think that Africans are Krogans and that they need a Genophage?:)
http://masseffect.wikia.com/wiki/Genophage