Europe's once celebrated cap-and-trade system to limit carbon emissions has languished. The economic crisis has caused the price of emissions licenses to plummet, and a recent remedy to the problem has been rejected by EU lawmakers. Climate policy expert Felix Matthes tells SPIEGEL ONLINE that an opportunity has been squandered.

The European Parliament on Tuesday voted down a proposal to make it more expensive for companies to burn fossil fuels, in what environmental advocates are calling a major setback in the fight against climate change.

What’s funny, is that where I work, we have had “pollution permits” for many years. kind of an early carbon trading thing? or equipment just grandfathered in?

the smoke is not smoke. The structures are cooling towers and the emissions are water vapor

Coal, cattle are most damaging to the environment, study says

Goldman Sachs must be having a fit. :) 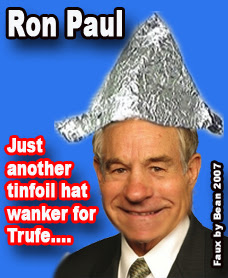 That's what they want you to believe, but I know better! That is the same stuff chem-trails are made of!

How do I know? Because when I squirted vinegar at them, they began to dissipate, just like Saint Ron-Paul said they would!

“The structures are cooling towers and the emissions are water vapor”