Things are still shaking in Arkansas.

More than 500 measurable earthquakes have been reported in central Arkansas since September 20, ranging in magnitude from a barely noticeable 1.8 to a very noticeable 4.0 (recorded on October 11), according to the U.S. Geological Survey.

It’s better to have small ones. Releases pressure.

Same thing going on under Oklahoma. Almost all the recent quakes are at the same indicated depth....3.1 miles.....weird.

Wonder if it's part of the big New Madrid fault . . . the last time that one went the Mississippi ran backwards for 2 days.

Global Warming. We better send money to the UN fast or Arkansas may no longer exist in err.... 9, yes 9 years.

Good advice in so many situations...

Vibrators keep going off in the Clinton Library?

I may be an old dirty lady, but that was funny!

Too much oil and gas drilling and recovery?

Amazing the Chinese are that close to tunneling through from the other side.

I forgot it may be drug lords tunneling toward Mena.

It would be interesting to know if the Oklahoma quakes have any effect on oil and gas well flows. 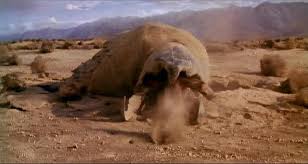 love that movie - i watch it with Arachnaphobia on Halloween!

“Wonder if it’s part of the big New Madrid fault...”

I was wondering if the fault wasn’t connected to Arkansas as well.

I lived within 100 miles of the New Madrid fault as a kid...had tremors all the time. Even one quake around ‘68 that brought down half of the court house.