Federal Court: No, the Government May Not Prevent Further Discovery of the Takeover of AIG
biggovernment.com ^ | 02/05/10 | Frank Gaffney

This week we broke the story of possible criminal wrongdoing in the government takeover of insurance giant AIG. In the last several months, the US government has tried, unsuccessfully, to throw out plaintiff Kevin Murray’s case, alleging that the government’s takeover of AIG puts it in the position of supporting and promoting Islam and Shariah finance.

In the discovery process attorneys for Murray, David Yerushalmi and Robert Muise (of the Thomas More Law Center), discovered that the takeover itself may have been illegal, and have attempted to get Treasury Secretary under oath to try and untangle this mess. Again, the Fed and the Treasury Department tried to stonewall.

This past Tuesday, Federal district court judge Lawrence P. Zatkoff rejected the Treasury Department’s and the Fed’s effort to prevent any further discovery while the government attempts to convince the Sixth Circuit Court of Appeals to overrule Judge Zatkoff’s earlier ruling rejecting the government’s motion to dismiss the federal lawsuit challenging the government’s takeover of AIG on First Amendment-Establishment Clause grounds.

The lawsuit, captioned Murray v. Geithner et al., was brought by attorneys David Yerushalmi and Robert Muise, representing the plaintiff, Kevin Murray, a tax payer and former combat Marine who served in Iraq. The federal lawsuit alleges that the U.S. government’s takeover and financial bailout of AIG was in violation of the Establishment Clause of the First Amendment.

Specifically, at the time of the government bailout (September-December 2008), AIG was (and still is) the world leader in promoting Shariah-compliant insurance products. Shariah is Islamic law, and it is the identical legal doctrine that demands capital punishment for apostasy and blasphemy and provides the legal and political mandates for global jihad followed religiously by the world’s Muslim terrorists. By propping up AIG with tax payer funds, the U.S. government is directly and indirectly promoting Islam and, more troubling, Shariah.

After the court rejected the government’s motion to dismiss the case and granted Plaintiff’s attorneys until May 2010 to conduct discovery into the AIG takeover, the government filed a motion asking Judge Zatkoff to certify the case for immediate appeal of his denial of the motion and to stay all further discovery. Today the government got its answer: No and no.

In what is an extremely well-written opinion, Judge Zatkoff scolded the government lawyers for filing the wrong motion at the wrong time and then proceeded to tell them they would have lost in any event because his earlier denial of the motion to dismiss was proper and well-considered.

The Court’s recent decision is especially timely and critical for Plaintiff Kevin Murray because his attorneys had previously filed a motion to compel Secretary Timothy Geithner to sit for a three-hour deposition. The basis for the “extraordinary move to depose a sitting Treasury Secretary” arose because Plaintiff’s counsel had earlier deposed the witnesses provided by the Treasury Department and the Federal Reserve Board and the government witnesses either testified inaccurately or feigned ignorance. The only one with all the answers turns out to be Secretary Geithner.

While forcing high government officials to sit for a deposition in civil litigation is extraordinary, federal rules allow a court to take this step when the government official has personal knowledge of a relevant element of the litigation and where the moving party has no reasonable alternative. In this case, attorneys Yerushalmi and Muise argued in their court papers that this exception fits their circumstances in spades.

“The witness designated by the government to testify on behalf of the Fed was less than forthright in his sworn testimony,” Plaintiff’s counsel Robert Muise of the Thomas More Law Center explained. “To his credit, he admitted he had prepared for his deposition by reading media reports and not actually reviewing the relevant documents. That might suggest that his lack of candor was willful blindness.”

David Yerushalmi, who is co-counsel with Robert Muise, laid out the grounds for the motion:

At the time of the takeover decision, Secretary Geithner was the head of the Federal Reserve Bank of New York and he was the leading advocate of the AIG takeover.

Moreover, he designed how the U.S. government would not only bail out AIG with tax payer dollars, but how the government would illegally take control of 80% of the voting shares through what was patently an illegal and invalid trust arrangement. It is apparent from the discovery we’ve conducted to date that this was done purposefully and with an intent to conceal the illegal takeover with a fraudulent trust.

* Why he forced AIG to take on so much debt that AIG’s credit rating, already in peril, was sure to collapse without yet additional government funds, essentially guaranteeing AIG would remain a ward of the state?

* Why he imposed such Draconian terms on AIG that there was no way it could survive without additional billions from U.S. tax payers?

* Why he then used AIG to secretly funnel 100% payoffs to AIG’s counterparties, including his colleagues and friends at Goldman Sachs, Merrill Lynch, and the European giant, Société Générale. In other words, why did Geithner decide to destroy AIG’s chances of survival as a private entity while surreptitiously saving and preserving private ownership of other domestic and foreign financial companies? And,

* Why he took control of 80% of AIG’s voting shares without legal authority to do so and used a fraudulent trust arrangement to conceal the illegal takeover?

The court just today granted plaintiff Murray’s motion for leave to amend the complaint to include yet additional TARP funds provided to AIG after the filing of the complaint. While the court did not allow the plaintiff to add AIG as a defendant as he had also requested, Murray’s attorneys tell us that they had accomplished enough discovery to know where to look for the skeletons in AIG’s closet in any event. 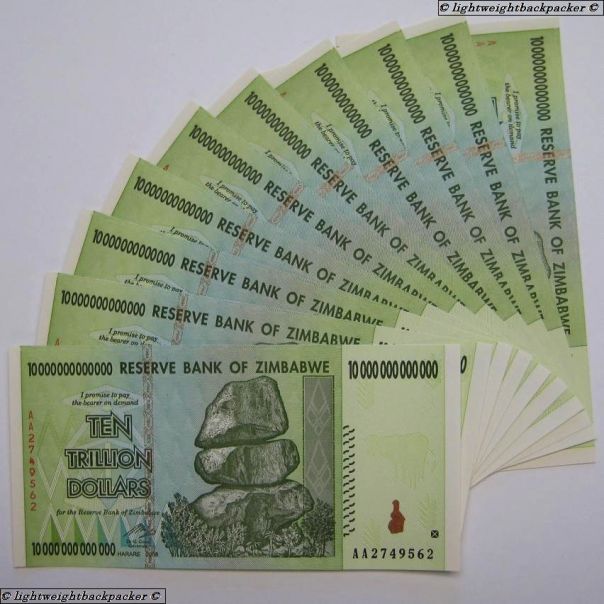 BO’s/BS’s regime at some point will come crashing down like a house of cards.

The problem here is that plaintiff has standing to make the Establishment Clause case. The federal courts have denied citizens standing to hold the government accountable on most other claims. The standing doctrine is part of the death of a thousand cuts inflicted by the judiciary that has created an unaccountable goverment. So we should be happy there might be some way, even if not a straightforward one, to uncover perhaps the greatest financial crime against the Republic in American history.

Timmy! Timmy Geithner? Is that you, pussyboy?

Thomas More legal team would not take a case that was, as you say, ‘stoooopid.’

They wouldn’t waste time on a case that didn’t have merit.

Thomas More, ACLJ, and other Constitution Defending Attorneys ROCK! If you have an extra few dollars, please contribute to them.

8 posted on 02/05/2010 4:44:32 PM PST by HighlyOpinionated (The left have become lawless. Every strangling edict they issue carries an exemption for themselves.)
[ Post Reply | Private Reply | To 3 | View Replies]
To: AdmSmith; Berosus; bigheadfred; Convert from ECUSA; dervish; Ernest_at_the_Beach; Fred Nerks; ...

In the last several months, the US government has tried, unsuccessfully, to throw out plaintiff Kevin Murray's case, alleging that the government's takeover of AIG puts it in the position of supporting and promoting Islam and Shariah finance... The lawsuit, captioned Murray v. Geithner et al., was brought by attorneys David Yerushalmi and Robert Muise, representing the plaintiff, Kevin Murray, a tax payer and former combat Marine who served in Iraq... Specifically, at the time of the government bailout (September-December 2008), AIG was (and still is) the world leader in promoting Shariah-compliant insurance products. You forgot this one!

At 70 years old the very first picture has saddened and outraged me in a way I did not think possible.

Seeing a person wanting to become the next POTUS so disrespect the flag of the greatest nation in the world by choosing to play with himself is beyond any words that I can utter.

Now that he is POTUS the sadness and outrage has proven to be justicefied by his actions, lack of experience, constant lying and total disrespect for anyone but himself.

He sold his soul to be POTUS and is nothing but a bought and paid for slave that is there to do his masters bidding and is permitted by his masters to to pretend to be his own man as long as he behaves himself.

When all the smoke has cleared, he will be known by history as perhaps the worst POTUS as so unsuited to be that position in the first place.

I also see his future as one failure after another resulting in a major breakdown.

He will be deserted by his phony friends, lose his rock star status and become a loney old broken man whos thoughts of glory days nothing but a memory forever gone.

Sad, sad,sad, but that’s is what happens when you walk on people while climbing to the top.

You should hit abuse on yourself - there is no reason to use language like that on a forum that children/teens read.

While I admit the prohibition on profanity has gone by the way-side since this administration came in, do we have to use such vulgar terms?

Please advise WHO can go to jail for the AIG bailout. Anyone?

I agree. It never fails for the self-righteous “do-gooders” to show up and hijack a thread.

Yea, spare those of us with pre-teens sitting over our shoulder. Language like that belongs on DU.

Burn some of it down now or burn all of it down later. The spending is unsustainable. As the Fram oil filter guy used to say... You can pay me now or pay me later. (but either way you WILL pay). Like the fight against militant putting off the inevitable will only cost more lives and treasure in the long run.