CHICAGO (AP) — A 29-year-old Illinois man who idolized American-born Taliban soldier John Walker Lindh has been arrested after attempting to detonate what he thought was a bomb inside a van outside a federal courthouse, officials said Thursday.

Michael C. Finton, also known as Talib Islam, was arrested Wednesday and charged in a criminal complaint with one count of attempting to murder federal officers or employees and trying to detonate a weapon of mass destruction. Federal officials said the case has no connections with the major terrorism investigation under way in Colorado and New York.

"This alleged plot drives home the stark reality that we must avoid complacency and remain ever vigilant to the threats that violent extremists may pose to the public safety," Acting U.S. Attorney Jeffrey B. Lang said.

Finton appeared before U.S. Magistrate Judge Byron G. Cudmore in Springfield and said he was an unmarried, part-time cook at a fish and chicken restaurant in the central Illinois city of Decatur. He was ordered held in jail pending action by a grand jury.

A message was left at the office of Finton's defense attorney, Robert Scherschlight, a federal defender.

An FBI affidavit said that in the months leading up to the arrest, Finton had been closely monitored by agents including a special officer who posed as a low-level operative of Osama bin Laden's al-Qaida terrorist network.

It said Finton was arrested after using a cell phone in an attempt to detonate a van filled with material that he had been told was explosive but was actually harmless. It was not immediately clear what the material was. 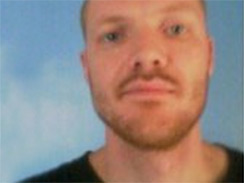 Gee. And here I figured he’d be a right wing domestic terrorist, you know, like maybe someone who subscribes to Rush 24/7. I guess Janet Napolitano can rest easier now that it wasn’t that serious.

Move on, nothing to see here!

He probably did more damage as a part time fish/chicken cook.

Would he be an extremist? Or just a Muslim? Or just a wanna be?
What were his connections? What mosque did he go to?

Well, if he didn’t do much damage, it wasn’t for lack of trying. It was because he was nabbed first. He’s a Muslim convert.

Get him a lawyer and a spiritual advisor, make sure his meals are all specially prepared the Muslim way, then give him a lollipop and an apology.

We wouldn’t want to offend anyone, now would we?

Let’s just send him to Venezuela.

Domestic screwball. Lonely, friendless, sad,lost, loser, unhinged. There are many poor souls like this. Ripe for the next nutty project, pushed by a need to “belong.” But dangerous as hell, for all that.

... Finton also is charged with one count of attempting to murder federal officers or employees....
The affidavit said the officer on Wednesday presented Finton with a van containing materials he described as explosive but which actually were harmless. The two men parked the van at the courthouse and close to the office of U.S. Rep. Aaron Schock, R-Ill., which Finton allegedly hoped also would be damaged.
They then drove a short distance to where Finton twice used a cell phone to try to detonate the explosives, the affidavit said. He was arrested immediately....
...The affidavit in the Illinois case traced two years of activities by Finton. It said Finton's parole on a previous conviction was revoked in August 2007 and writings found at the time included reference to a letter to Lindh, who was captured fighting for the Taliban in Afghanistan. The affidavit said Finton later told police and agents that he idolized Lindh, who is now in prison.
Public records show Finton was in an Illinois prison from 1999 until 2005 after being convicted of aggravated robbery and aggravated battery. After getting out, Finton told his parole officer he had converted to Islam, the affidavit said...
...The affidavit said Finton's bank records showed that in March 2008 he received a wire transfer of $1,375.14 from "Asala Hussain Abiba" in Saudi Arabia and the next day sent the money to a travel agency. It said that April, he went on a monthlong trip to Saudi Arabia....In later talks with a paid FBI informant, Finton allegedly expressed an intense interest in the commando-style assault carried out by extremists that killed 166 people in Mumbai, India, late last year.
"Finton stated that all the 'brothers' need that type of training," the affidavit said....The informant introduced Finton to the FBI special officer posing as an al-Qaida officer in February, the affidavit said.
The affidavit said Finton spent months looking for a U.S. target before settling on the Paul Findley Federal Office Building and Courthouse. He also said Schock's nearby congressional office could be a "secondary target," the affidavit said.
----- "2 men accused in unrelated plots to detonate bombs outside Ill. courthouse, Texas office tower," by MIKE ROBINSON AP Legal Affairs Writer , Chicago Tribune, 1:00 a.m. CDT, September 25, 2009

He had friends and taveled to the middle east on their money.

NOTE The following text is a quote:

At a hearing today in East St. Louis, Ill., Finton, 31, a U.S. citizen and resident of Decatur, Ill., appeared before U.S. District Judge David R. Herndon and entered a plea of guilty to one count of attempted use of a weapon of mass destruction (an explosive bomb) against property owned by the United States. Judge Herndon sentenced Finton to 336 months in prison in accordance with the terms of his plea agreement with the government.

“Michael Finton is one of a number of young Americans over the past two years who, under the influence of a radical and violent ideology, have sought to carry out acts of terrorism in the United States,” said Acting Assistant Attorney General Hinnen. “Although a coordinated undercover law enforcement investigation thwarted Mr. Finton’s plot to destroy the federal courthouse in Springfield, Illinois, this case underscores the need to remain vigilant against the threat posed by homegrown extremism.”

“The investigation of Michael Finton is a significant accomplishment in the FBI’s mission to protect the United States from terrorist attack. The dedication and professionalism of the Springfield Joint Terrorism Task Force and the U.S. Attorney’s Office in this case have made America safer,” said FBI Acting Special Agent in Charge Fernandez.

According to the plea agreement and other documents filed in court, Finton admitted that on Sept. 23, 2009, he traveled from Decatur to Springfield, where he knowingly took possession of a truck that he believed contained a bomb with approximately one ton of explosives. The explosive device was actually inert. Finton drove the truck to the Paul Findley Federal Building and Courthouse, at 600 East Monroe Street, where he parked immediately outside the federal building and across the street from an office used by a U.S. Congressman.

At the time he parked the truck, Finton activated a timer connected to the explosive device, which he believed was large enough to destroy the federal building and the Congressman’s office. After Finton parked the van and armed the device, he locked the truck and got into a vehicle with an undercover law enforcement agent whom he believed was associated with the al Qaeda terrorist organization. Finton then used a cell phone to attempt to remotely detonate the purported bomb after he and the undercover agent had driven a safe distance away.

Prior to Sept. 23, 2009, according to filed court documents, Finton met on several occasions with an undercover law enforcement officer whom Finton believed was acting on behalf of al Qaeda. During a meeting on July 29, 2009, Finton proposed the federal building in Springfield as a target and proposed that two vehicle-borne bombs be used—the first to do the initial damage, and the second to attack the responders. Finton also suggested that if the bomb was big enough, it might also “take out” the office of the Congressman across the street from the federal building.

Finton has remained detained in the custody of the U.S. Marshals Service since his arrest on Sept. 23, 2009.

The case was investigated by the Springfield FBI Joint Terrorism Task Force and assisting law enforcement agencies. Assistant U.S. Attorney Eric I. Long, of the Central District of Illinois, and Trial Attorney Alamdar Hamdani, of the Counterterrorism Section at the Justice Department’s National Security Division, prosecuted the case.