Navigation: use the links below to view more comments.
first previous 1-20, 21-40, 41-50 next last
To: alice_in_bubbaland
"This is not the Judge E. Curtissa Cofield that I know." 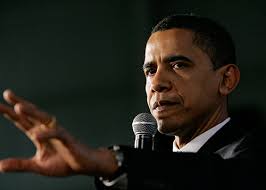 She needs to be counselled by Jesse Jackson.

If she gets impeached she can run for the House like Alcee Hastings who is behind the bill for out political camps.

heard about this case on the Howie Carr show awhile back;
emailed him with the latest update!

Otherwise every alcoholic could wreak havoc on society and be innocent. And every scofflaw could say “I forgot” and be found not guilty.

No ‘regular citizen’ could use this excuse and not suffer consequences.

Some animals are better than others. She must be a Dem.

29 posted on 02/10/2009 8:55:29 AM PST by bboop (obama, little o, not a Real God)
[ Post Reply | Private Reply | To 9 | View Replies]
To: stan_sipple
A Connecticut Superior Court judge charged with drunken driving and using racial slurs while arguing with police officers was suspended Monday for 240 days by a judicial review panel.

She should be off the bench entirely.

No kidding! She’s got those gansta brows goin’ on.

By definition, this did not happen.

32 posted on 02/10/2009 8:59:06 AM PST by YHAOS
[ Post Reply | Private Reply | To 1 | View Replies]
To: stan_sipple
Notice that she didn't get suspended for drunk driving but for making racial slurs to a officer. I, personally, don't give a rat's behind what kind of slurs she made to the officer but find it extremely bothersome that this so called "superior court judge" was driving around drunk. Also, she is black, so how can she have made racial slurs to a black cop?

To top it off they use the word Negro as an example of a racial slur. When did that become a "racial" slur?

Just more political correctness coming out. It is more damaging to argue with cops than to drive drunk. What a crock of sh**!

That's a sure sign of the trouble we're entering.

I’m having a little trouble getting sympathetic about “one of the worst experiences of her life”. She was driving drunk and if she hadn’t been stopped, she might well have ended someone else’s life that night. ONE DUI should disqualify someone from serving as a judge.

“Also, she is black, so how can she have made racial slurs to a black cop?”

Perhaps he was blacker.

To top it off they use the word Negro as an example of a racial slur. When did that become a “racial” slur?

Where have you been. It’s been a racial slur for the last 30 years at least.

Why have we become so politically correct, that we must now categorize a slang derivative of the word "Negro", so reprehensible, that we can only say it as the: "N-word"? I am not attempting to deny the reprehensibility of the "N-word", used as a pejorative by white robed idiots and uneducated white trash and by the hip-hop dimwits in describing themselves in their artistry of rap...but.

I have noted, that even in court room testimony, it is frequently accepted by the judge, as "the N-word", going into official transcripts as such.

Agh!...my head is spinning...see what this damn PC stuff does to a person?

Will we see a white robed fool standing on a street corner, exhorting the racist mass to lynch an "N-word"?

Will we see movies, that in attempting to portray the downtrodden masses, cast a southern accented idiot, standing on the portico of his mansion, surveying his cotton fields, making the statement: "Git them n-words in the field and make them pick that cotton!"?

Where will it end?

Will it then become the n-word "N-word"?

What shall we do with the "S-word"?

As it stands now, I can be politically correct whilst standing in public and shouting "F-word", "S-word", and "N-word", right?

These attempts to not offend anyone have become tiresome and they offend me.

I apologize if anyone is offended.

And note...that was the "new" apology...wherein one apologizes for the feeling of offense that one may feel, not the offense itself.

Seems to be a liberal thing, you know?

lol she wasn't stopped. She slammed into a patrolman's car. I guess you could say she stopped herself, practically turned herself in, in fact.

LOL - yep, that ought to do it. The rest is window dressing.