A parrot called Griffin has humiliated students at Harvard University, as well as local children, by beating them in a memory test.

Harvard researchers compared human memory skills with those of the African grey parrot (Psittacus erithacus) – an animal separated from humans by more than 300 million years of evolution.

They compared how 21 Harvard undergraduates and 21 six-to-eight-year-old children performed against the 22-year-old bird Griffin in several rounds of a classic shell game.

The game required mentally tracking the locations of fluffy pom-poms hidden under cups that swapped places a number of times.

Griffin's accuracy was comparable to, and in some rounds slightly better than, human adults over 12 out of 14 different rounds of varying difficulty.

The parrot also demonstrated a performance better than chance and outperformed children across all conditions.

‘We had students concentrating in engineering, pre-meds, this, that, seniors, and he just kicked their butts.’

For each round, researchers placed four different-coloured fluffy pom-poms – red, blue, yellow and green – under four identical plastic cups in a line.

The position of the cups were swapped up to four times – one swap consisted of two switching position.

The object of the game was to be able to identify the location of a particular-coloured pom-pom when the researcher asked.

So not only did the human participants (and Griffin) have to locate one hidden object, as per most shell games, but they needed to simultaneously track the whereabouts of all four pom-poms to anticipate being asked for any of the four.

The participants were tested on tracking two, three, and four different-coloured pom-poms by pointing at the right cup,

TOPICS: Chit/Chat; Humor; Pets/Animals
KEYWORDS: africangray; africangrey; harvard; memory; parrot; shellgame Navigation: use the links below to view more comments.
first 1-20, 21-40, 41-60, 61-63 next last
When I was younger, I used to love reading about Alex the African Grey parrot. They are such smart birds. I miss handfeeding the babies!
1 posted on 07/08/2020 3:55:05 PM PDT by Trillian
[ Post Reply | Private Reply | View Replies]
To: Trillian
‘Think about it – grey parrot outperforms Harvard undergrads.

Did Biden go to Harvard?

So if we look forward another 300 million years, will birds then look like humans? 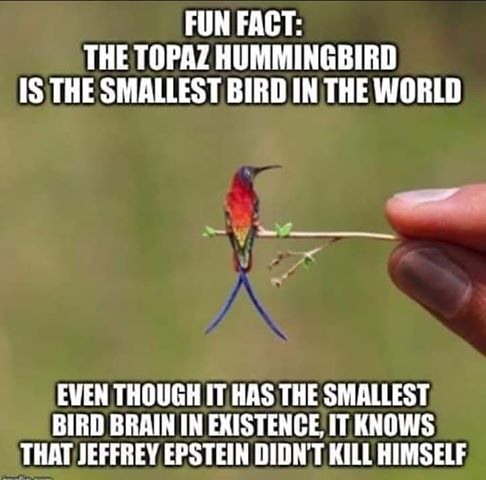 No, he went to the University of Delaware and Syracuse Law!

He’s probably forgotten everything he ever learned—in college and afterwards!!!!

Griffin then swindled the Harvard grads out of $500 in a friendly game of 3 card monte.

What I want to know is did the six- and eight- year olds beat the Harvard undergrads?

I had the experience (when invited to the wedding for the daughter of a physician I had worked with) of sitting next to Irene Pepperberg who raised Alex.

I enjoyed talking to her...and I recall asking her what it was like to live with such a creature for that period of time, and she said something to the effect of “it was like having a very aggressive, jealous and temperamental 14 year old child”.

IIRC, she said when she was dating and brought a male guest to the house, Alex could be very difficult to deal with, as he was very possessive and jealous! (I’ll bet)

That was an interesting dinner.

She sat on one side, and on the other side was an astrophysicist from MIT. What really startled me was when I was talking to the astrophysicist, I was able to understand some of the technical aspects of what he was talking about because he used many of the same types of mathematical filters to manipulate images of very distant objects that I used to look at very close objects that were radioactive (Nuclear Medicine). Both distant astronomical objects with very little light making it to earth and organs in a patient with very little amounts of radioactivity needed to have certain filters applied to make the viewing of them meaningful.

That had never occurred to me before, that I would ever have something professionally in common with someone like an astrophysicist...:) Made me feel smaaaaaaht!

Finished second to last in his class. And the guy that finished last is dead.

The shell game might make a good memory exercise for anyone wanting to improve or maintain memory.

That is so exciting!

I think they included engineering students to keep Harvard from being skunked.

Birds can be a trip. This friend of my folks had a minah bird. Dad and I stopped to see her one day and she hollered “come in”. The lady had a very distinctive voice. We went in and she was nowhere around. Damned bird sounded just like her. 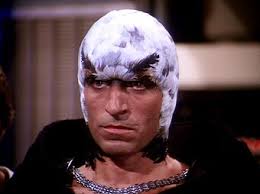 Well maybe they should spend $50,000 per year, enroll the bird in Harvard to study all those liberal feel good courses and then after four years see how well the bird does with the game.

What a stupid article.

Not a memory test.

It is said African Greys have a brain that rivals a five year old human. One researcher bought a grey parrot from a pet store at random and named him Alex. The researcher and her assistants continued to teach Alex concepts and many were after somebody said to her “Well, yeah, he can do (x) but he can’t do (y)” and so she would teach it (y). Alex learned things like colors, shapes, emotion words and sentence structure.

It’s chronicled in a book called “Alex and Me”. Fascinating read for any bird lovers or behaviorists.

I remember hearing someone on TV talk about what it takes to have a parrot as a pet - they're very long-lived, they form intense bonds with their owners unless they are given another parrot to mate with (in which case they will mostly ignore their owners), and they will not do well in the absence of their owners. It's a lifetime commitment to a very needy bird partner.