Growing up in Scranton, Pennsylvania, or having to move because his father lost his job? Writing the Violence Against Women Act? The tragedies he’s lived through, his years as a single father, how he rode the train back to Delaware each night when he was a senator? Even his supposed vulnerabilities, like helping to write the 1994 crime bill, running the Anita Hill hearings, protecting Delaware’s financial industry, or blundering on foreign policy?

Many Americans don’t know any of that, according to data from focus groups and polls conducted by Biden allies.

Biden goes days at a time without public events, and weeks at a time without doing anything to generate press attention. Then aides and supporters take to Twitter to gripe about not getting more coverage. Biden hasn’t held a press conference since April, and that was via Zoom, and didn’t last long.

TOPICS: Chit/Chat; Conspiracy; Health/Medicine; Local News
KEYWORDS: 1994crimebill; 2020election; biden; china; clowncar; delaware; dnctalkingpoint; dnctalkingpoints; edwardisaacdovere; election2020; hussein; joebiden; joeclowncarbiden; mediawingofthednc; partisanmediashills; pennsylvania; presstitutes; scranton; smearmachine; theatlantic; ukraine Navigation: use the links below to view more comments.
first 1-20, 21-34 next last
“This election is going to get down to, at the end of the day, ‘Who do you want to fly the 747?’” says John Morgan, a major early Biden donor. “You have two choices: Sully Sullenberger—steady, reliable Sully—or you have Steven Tyler, who has his shirt off, piercings everywhere, a snake around his neck, and has already been flying you for three and a half years doing donuts and loop-de-loops in the air.” The Presstitutes are hoping Biden’s Scrotum tastes as sweet as Obama’s did.

Lol, advice on integrity and wisdom from a slip and fall lawyer who advertises during Maury Povich.

It doesn’t matter that his mind is faltering. It’s Trump’s election to lose.

Joe Biden is a vile, bullying grifting criminal and a serial groper of women and molester of young girls. He’s a dirt bag.

In Joe’s defense, he’s also a world-class peddler of influence to foreign powers via his relatives. At least he’s highly skilled at something. /s

How about he pledged money every year for fund raisers at his sons’ elite school. (The parent association never saw a dime). But when the school had an event, he showed up with reporters and photographers in tow.
How about a couple of cases of plagiarism.
How about making a speech on 9/11/2001, blaming the United States for provoking the attacks.
How about swimming naked in front of female secret service agents, who couldn’t turn their backs.
Not to mention the Ukraine and China.

Did Slow Joe rely on just his own expertise or did he have fellow Dem senators Ted Kennedy and Chris Dodd lend their knowledge on violence against women?

Because the press does not report it when he does stuff like calling a young woman "a lying, dog-faced pony soldier," challenging a union worker to a fist fight, and challenging an old man to a push-up contest. If they report these incidents at all, it is with approval. Trump challenges the powerful, Biden challenges the little guy, and Trump is the one called a bully.

Violence against women was already illegal, and this law was just another form of pandering and showboating.
10 posted on 06/27/2020 10:56:17 AM PDT by Steve_Seattle
[ Post Reply | Private Reply | To 8 | View Replies]
To: Steve_Seattle

Since the SCOTUS gender ruling, is this even a thing now?

Yes. Every conceivable “law” has already been written. Politicians just give the same old law a new name, or name the same old law after somebody, or make it mindlessly specific (”The Violence Against Bald Lithuanians Over 40 Act”) and call it “new legislation.”

Biden (compromised, weak) is a placeholder affecting dementia, doing so to assure that his replacement (Hillary or some similarly excreble dredgling) slips in at the convention and avoids the bitter probing of a long campaign, riding to victory on the excitement. The left: they think they’re so clever...

13 posted on 06/27/2020 11:32:35 AM PDT by IncPen ("Inside of every progressive is a Totalitarian screaming to get out" ~ David Horowitz)
[ Post Reply | Private Reply | To 2 | View Replies]
To: Libloather
He’s generally seen as a decent guy.
Maybe when he's not caught daydreaming about child nipples - 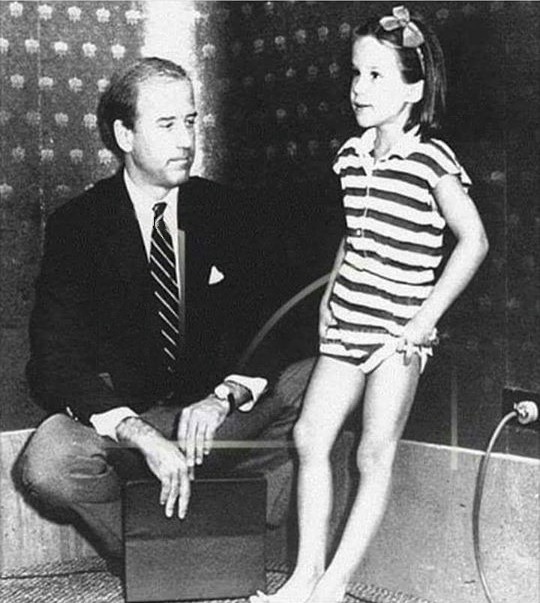 Oprah probably is the best known and liked black woman in the USA.

Near the top of that list would be that Joe is a creep with wandering hands. MSM keeps a tight lid on that. All that women support he gets would crater if they knew how bad it really is.

He seriously did that? Is there video? It ought to be made into a Trump ad, and played on every channel in the northeast that will take it.

Just kidding....your comments are spot on and 100% accurate.

I wish your post would appear in zillions of Trump ads.

I heard that as a junior senator, Biden voted against the Alaska Pipeline.