Windows 7 will not go gentle into that good night: Ageing OS refuses to shut down (UAC problem?)
The Register ^ | Feb 10, 2020 | Tim Anderson

Users rage, rage against the dying of the light (and support)

It's not only end of support that Windows 7 diehards have to contend with. Late last week a new problem emerged – systems that refuse to shut down.

Complaints have been widespread on Reddit, Microsoft's official Answers forum and on on SevenForums. Some users also reported other issues, such as not being able to view their documents folder in Explorer.

Fortunately the problem seems to be fixable in most cases. The favourite solution is to tweak the UAC (User Account Control) settings with the Group Policy setting "Run all administrators in Admin Approval Mode" or the equivalent registry setting. Then run gpupdate/force, and everything goes back to normal.

Windows 7 refusing to shut down

There are other workarounds, such as using shutdown from the command prompt, or logging off and then shutting down.

This does not explain the reason for the problem, which appeared mysteriously on or around 7 February. There may be a clue in two other popular fixes. 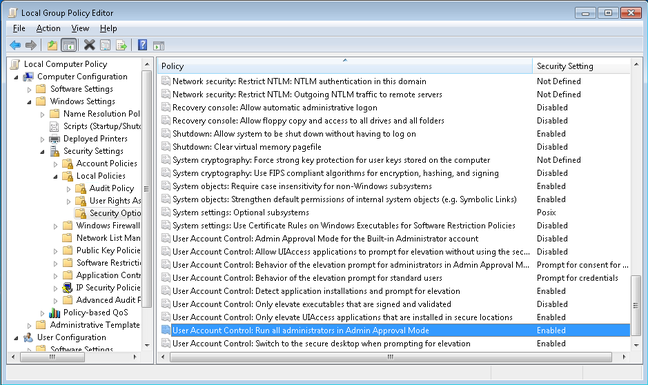 The setting that seems to fix new Windows 7 shutdown issues

One is to disable a service called Adobe Genuine Monitor Service. This gets installed with Adobe software and presumably attempts to verify that you are not running hacked, cracked or stolen key versions.

Another theory is that it was security software Bitdefender wot dunnit. "I'm afraid it looks like BitDefender is responsible for this WORLDWIDE CRISIS!!!" said one disgruntled user.

We are not convinced since it appears that not only Bitdefender users have suffered on this occasion.

El Reg suggests changing the UAC setting, which is probably a good plan anyway. No, Microsoft has not been resorting to dirty tactics to force users to upgrade to Windows 10 (or migrate to Linux); but it would not be surprising to see increasing numbers of mysterious issues with Windows 7 as it becomes less well supported not only by Microsoft but also by third parties. ®

...it would not be surprising to see increasing numbers of mysterious issues with Windows 7 as it becomes less well supported not only by Microsoft but also by third parties.

You can find all the Windows Ping list threads with FR search: just search on keyword "windowspinglist".
2 posted on 02/10/2020 10:56:21 AM PST by dayglored ("Listen. Strange women lying in ponds distributing swords is no basis for a system of government."`)
[ Post Reply | Private Reply | To 1 | View Replies]
To: dayglored

In before the “You should switch to Linux” crowd.

Didn’t realize it still had that kind of footprint.

Good, I hope it never shuts down as I like 7 better. 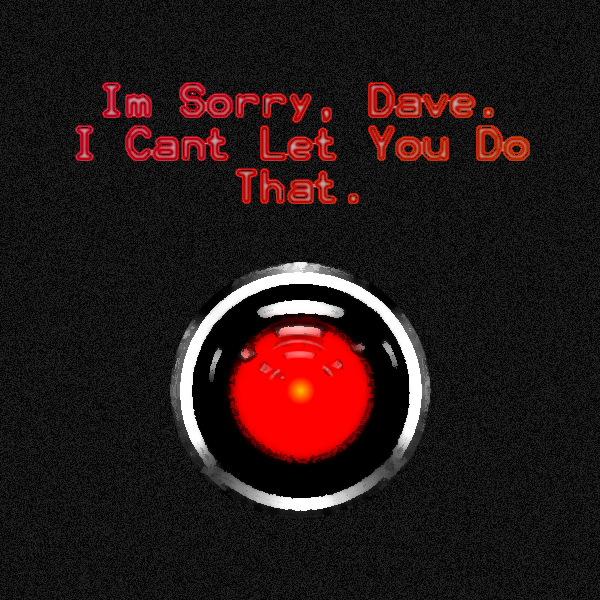 Windows 10 will sometimes start a totally shut off computer on its own to install updates. We might be getting to the point when we can’t control our own computers.

“In before the “You should switch to Linux” crowd.”

My hard disc crashed on my windows 10 laptop. Downloaded Linux Mint on a USB memory stick and i’m now running the laptop with that stick.

It’s surprising how usable it is.

I run XP.
Never had a problem.

Sounds like something happened to those that did not shut off MS updates some years ago.

14 posted on 02/10/2020 11:22:00 AM PST by doorgunner69 (Peace is that brief glorious moment in history when everybody stands around reloading - T Jefferson)
[ Post Reply | Private Reply | To 1 | View Replies]
To: unixfox
...In before the “You should switch to Linux Anybody but Windows” crowd

My motherboard crashed on my Linux Mint system so I used my hard drive reader and Linux HDD plugged into a USB port on my Win 7 system. It started up in Linux with no prompting. Let me keep going like nothing happened until I could replace that broken box. Installed the Linux HDD into the new (refurbished) system I found on sale for $69 and away I went with no extra work involved.

There are many reasons so many people praise Linux. It’s what Windows should have been.

Solution: Turn off Windows Update (should have done that months ago), run your system behind a firewall, anti-virus program, anti-malware program and a VPN. If you don’t plan to put your machine on the internet, then just turn off the updates and enjoy. You’ll have a closed system that can last as long as you don’t make any major changes.

“I hope it never shuts down as I like 7 better.”

I agree. Better that it never shuts down than it never starts up. I can live with that.

“Windows 10 will sometimes start a totally shut off computer on its own to install updates. We might be getting to the point when we can’t control our own computers.”

In other words it’s never completely shut off. Is big brother meddling with the hardware design of our computers?