On December 4, Moscow’s Kuntsevsky District Court continued hearing the case against 21-year-old Higher School of Economics (HSE) student and libertarian YouTube personality Egor Zhukov. Zhukov stands accused of issuing public calls for extremism: Prosecutors have argued that his videos on nonviolent resistance were motivated by “political hatred and enmity to the constitutional structure extant in the Russian Federation” as well as a desire to destabilize the country’s social and political order.

Zhukov’s case, one of many that were brought forward during this summer’s wave of election protests in Moscow, has attracted widespread attention throughout the Russian opposition. Many of the videoblogger’s fellow HSE students as well as veteran journalists have openly supported him, calling the state’s reaction to his videos dangerously unfounded and expressing fear at the precedent his case may set. The editors-in-chief of Novaya Gazeta and Ekho Moskvy even submitted documents in court expressing their willingness to employ Zhukov as a journalist.

Judge Svetlana Ukhnaleva will announce the sentence in Egor Zhukov’s case on Friday, December 6. Prosecutors have asked for the student to be placed in a prison colony for four years. The following is a complete translation of the closing statement Zhukov read at the end of his 10-hour hearing on December 4.

The Russian government today positions itself as the last remaining defender of traditional values. As we have been told, it allocates much of its attention to the institution of the family and to patriotism. The key traditional value named in all this is Christian faith. Your Honor, it seems to me that this may even be a good thing. Christian ethics include two values that are truly close to my heart. The first is responsibility. At the foundation of Christianity lies a story about an individual who decided to take the weight of the entire world’s suffering onto his own shoulders. It’s a story about a person who took responsibility in the maximal possible sense of the word. At its core, the central idea of the entire Christian religion is the idea of individual responsibility.

Secondly, there’s love. “Love thy neighbor as thyself” — that’s the most important phrase in the Christian religion. Love is trust, compassion, humanism, mutual aid, and caring. A society built on that kind of love is a strong society — it is, if you please, the strongest society that could possibly exist.

But in order to understand the motives behind what I do, it is enough to look at how the current Russian government — which proudly presents itself as a defender of Christianity and, therefore, these values — actually defends them. Before we talk about responsibility, we must first answer the question of what a responsible person’s ethics are, what words they speak to themselves over the course of their life. I believe those words go like this: “Remember that your entire path will be full of hardships, sometimes unbearable ones. All of your loved ones will die. All of your plans will be destroyed. People will cheat you and abandon you. And you will have nowhere to run from death. Life is suffering. Make peace with that fact. But once you make peace with it, once you make peace with the inevitability of suffering, take your cross up onto your shoulders anyway and follow your dreams because otherwise, everything will only get worse. Become a role model; become somebody people can count on. Don’t bow down to despots; fight for the freedom of your body and soul, and fight for a social order in your country in which your children can grow up happy.

Isn’t that what they teach us? Aren’t those the ethics that children learn in school? Aren’t those the kinds of heroes we honor? No. The current situation in this country destroys all possibilities for human flourishing. Ten percent of the richest Russians hold 90 percent of the country’s wealth in their hands. Some of them, of course, are extremely respectable citizens, but most of that wealth was gained through blatant corruption, not honest work for the good of humanity.

Our society is divided into two levels by an impermeable barrier. All the money is concentrated at the top, and nobody there is about to give it away. Meanwhile, on the bottom, all that’s left is desperation, and that is not an overstatement. Because they understand that they can’t hope for anything, and they understand that no matter how hard they try, they can’t bring happiness to themselves or their families, Russian men take out all their fury on their wives or drink themselves to death or hang themselves. Russia has the highest rate of male suicides in the world for every 100,000 people. As a result, a third of all the families in Russia are single mothers with children. Is that how, I’d like to ask, we defend the traditional institution of the family?

Miron Fyodorov [the star rapper Oxxxymiron], who has attended a number of my hearings, has noted very justly and accurately that alcohol is cheaper here than textbooks. The government creates all the conditions necessary for a Russian who must choose between responsibility and irresponsibility to choose the latter every time.

Now, let’s talk about love. Love is impossible without trust. Real trust is born out of collective action. First of all, collective action is rare in a country where responsibility has not been developed. Second of all, if collective action does appear somewhere, security forces immediately perceive it as a threat. It doesn’t matter what you do — whether you help prisoners, whether you defend human rights, whether you protect nature — sooner or later, either the “foreign agent” status catches up to you or they lock you up for no reason. The government makes its message very clear: “Folks, just go off your separate ways and don’t work together. Assembling publicly in groups of more than two is banned — we’ll lock you up for protesting. Working together for a social mission is banned — we’ll label you a ‘foreign agent.’” In that environment, where can trust, and ultimately love, have room to grow? Not romantic love — the humanitarian love that connects one person to another.

The only social policy the Russian government consistently employs is disconnection. That’s how the government dehumanizes us in one another’s eyes. In the eyes of the state, we have already been dehumanized for a long time. How else can you explain its barbaric treatment of its people? Treatment that is accentuated every day by the beating of police batons, by torture in prison colonies, by the choice to ignore the HIV epidemic, by schools and hospitals closing, and so on.

Let’s look at ourselves in the mirror. Who have we become if we have let this be done to us? We’ve become a nation that has forgotten how to take responsibility. We’ve become a nation that has forgotten how to love. More than 200 years ago, [social critic] Alexander Radishchev wrote the following on his way from St. Petersburg to Moscow: “I looked around me, and my soul was wounded with the suffering of men. I turned my gaze upon that which is inside me and beheld that the woes of man originate in man himself.” Where are those people today? People whose souls feel such sharp pain at what is happening in their homeland? Why are there almost none of them left?

All of this leads us to the fact that, if you just take a look, it becomes apparent that the only traditional institution the current Russian government genuinely venerates and strengthens is autocracy. An autocracy that goes out of its way to destroy the life of anybody who genuinely wishes their homeland well, who is unafraid to love and to take responsibility. As a result, the citizens of our long-suffering country have had to learn that taking initiative draws punishment, that the bosses are always right just because they’re the bosses, and that happiness may be possible here — just not for them. And having learned those lessons, they gradually began to disappear. According to [official] Rosstat statistics, Russia is gradually disappearing at the average rate of negative 400,000 people per year. You can’t see the people behind the statistics. So see them! You’re looking at people drinking themselves to death out of exhaustion, people freezing to death in unheated hospitals, people who have been murdered, people who have killed themselves… People. Just like us.

By this point, the motives behind what I do have probably become clear. I truly wish to see these two qualities — responsibility and love — in our citizens. Responsibility for ourselves, for those around us, for the entire country. Love for the weak, for those we hold close, for humanity. That is my desire — just one more reason, Your Honor, that I cannot call for violence. Violence ties our hands; it leads to impunity and therefore to irresponsibility. For those same exact reasons, violence also does not lead to love. But nonetheless, despite all the obstacles, I don’t doubt for a second that this wish of mine will come true. I look forward, over the horizon of years to come, and I see Russia full of responsible, loving people. It will be a truly happy place. Let each one of us imagine that Russia. And may that image guide you and your work just as it guides me.

In conclusion, I will say the following: If, today, the court rules despite it all that these are the words of a truly dangerous criminal, then the next few years of my life will be filled with scarcity and adversity. But I look at the guys the “Moscow case” has brought together with me — at Kostya [Konstantin] Kotov, at Samarddin Radzhabov — and I see smiles on their faces. In the minute we had to speak briefly in the pretrial detention center, Lyosha [Alexei] Minyailo and Danya [Daniil] Konon never allowed themselves to complain about life. I will try to follow their example. I will try to be glad of the fact that I’ve gotten this chance to undergo this trial, this suffering, in the name of the values close to my heart. Ultimately, Your Honor, the more frightening my future is, the more broadly I will smile in its direction. Thank you.

[NOTE: as of today, Zhukov's sentence was commuted.] 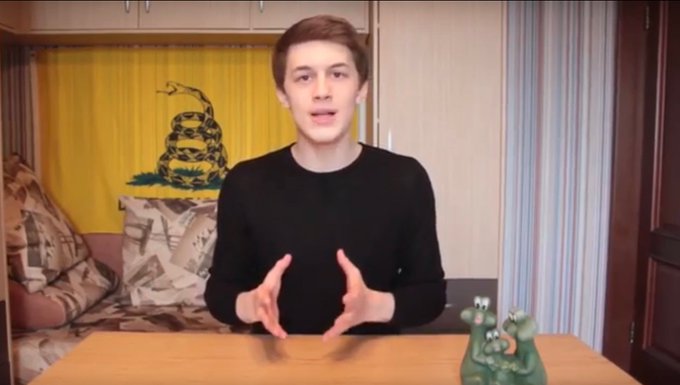 Well good. I am glad he got off with just probation. But a not guilty is what he really deserved. Still a win in Russia, and a likely severe crime here if things keep going as they are.

A ‘suspended’ sentence? Wouldn’t that mean he was found guilty but essentially given a pass? Either that judge is in trouble or the gov’t fears those this fellow influences.

4 posted on 12/06/2019 2:39:14 PM PST by Twotone (While one may vote oneself into socialism one has to shoot oneself out of it.)
[ Post Reply | Private Reply | To 2 | View Replies]
To: CondoleezzaProtege
sooner or later, either the “foreign agent” status catches up to you or they lock you up for no reason.

It is nonetheless impressive and heartening though that this young man can shame the Russian Government and society with his Christian values. That means there is hope. 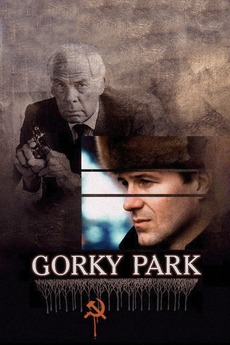 Stay out of the parks!!!

I am generally against the sentence but it is in line with European practice. Google Tommy Robinson and the guy spends time in prison.
Coming to a town near you very soon.

So many here do not get Russia. I wish I had more time to elaborate.
In short it just means he gave a great speech, esp being humble and talking about suffering.