Where did you find this ? Archives of the Associated press ?

All you have to do is read about Franklin and the hunt to find him. At one point, the Brits had 5 naval expeditions on the Northern side of the Canadian archipelago. They had no problems getting around.

When America got into the race for the poll, they had at least one ship on the north end of Ellismere Island in the Lincoln Sea. There is nothing north of that but the pole. Things change.

A nice article about Fort Conger and the tragic end of the Greeley Expedition.

> “Within a few years it is predicted that due to the ice melt the sea will rise and make most coast cities uninhabitable.”

Note here “due to the ice melt the sea will rise”.

Ice contracts when it melts. Water is weird that way. Whereas most substances expand upon heating, water expands when freezing.

So if I have these so-called scientists in front of me say in a star chamber without a lawyer present and a guillotine showing through the window next to their seats, I will proceed to hold an inquisition where they will be given an opportunity to SHOW ME THE SCIENCE! And if it becomes evident they are not scientists but rather charlatans with a political agenda, they can have a choice to end their miserable lives at the guillotine (just kidding) or be deported to Venezuela (or Cuba).

So here’s what I would ask them:

1. Have you mapped the iceberg-glacial structures both above and at/on/below sea level?

2. If so, what is the volume of ice both above and at/on/below sea level?

3. Do we agree that glacial ice at/on/below sea level is eight to nine times the volume above sea level?

4. How much less volume will we have if all the ice melts from the total mapped ice-glacial structures?

5. Given the last two questions above, where in the hell do you get off declaring sea levels will rise with contracting volumes? IS THERE SOME SORT OF FRICKEN NEW LAW OF PHYSICS YOU ARE HOLDING BACK FROM THE SCIENTIFIC COMMUNITY???

I am beginning to think the guillotine would be merciful to these demons. 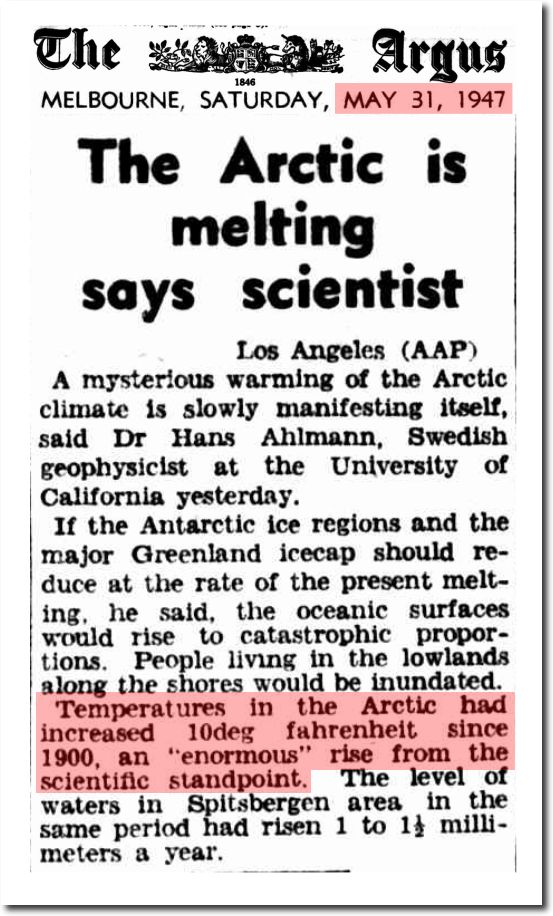 And 22 years after that: 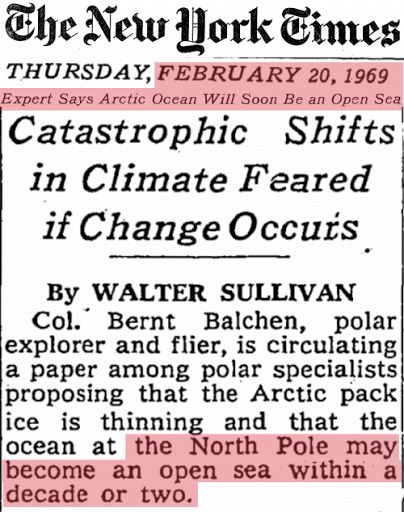 And 20 years after that: 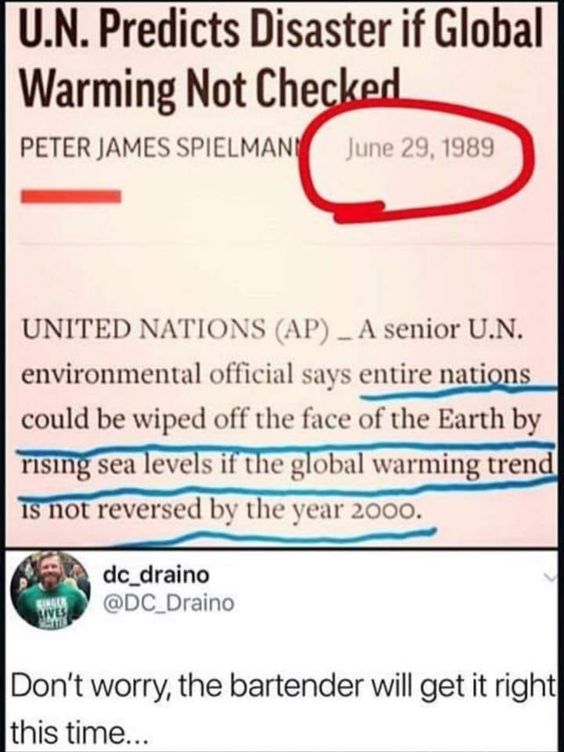