You might as well be. Go ahead and give him a reason to impeach the best president we've had in decades.

Trump's enemies are trying to impeach him. Now his supporters are?

You're barking up the wrong tree there fella.

So, you’re telling the President what he “must” do?

I’m sure that will have a great effect. 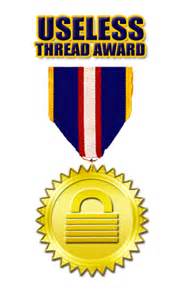 I believe the number is 186 billion so far this year, according to OAN News.

... the President to enforce all constitutionally valid Acts of Congress, ...

Well then, where do we find a list of Constitutionally VALID laws versus those laws that never should have been considered, let alone passed? We can limit our talk to those “rules” spun up by agencies and not passed by the Congress, which is another violation of the Constitution.

Take it to a higher court, all the way to the Supreme Court if necessary.

I think the last sentence you provided ruins your whole vanity post. I believe President Trump has tried to punish them for it, but courts keep stopping him as has been the case on a number of issues that are clearly within the designated powers of the Executive Branch.

A realist would realize that if the president were to make a unilateral move on any of the many things that we both, along with the president, know we need to do, would be ‘Crossing The Rubicon’. So the question is…do you defy the constitution to save it? Well a sizable chunk of congress and federal courts do and think it’s just fine. I think Trump should make a stand and save America. But after the Marxists and islamicists are either kicked out of the count or arrested or hanged…how do we go back to the constitution and return to the republic?

I don’t have an answer nor does Trump.

A CIvil War might be the final outcome to correct the problems. I really don’t wish to take up arms at my age…but if need be I will and know which side I’m on.

You know, Lincoln killed more people than the Clintons.

You should find another role model for current and future presidents.

Why doesn’t the federal government go in and arrest all the illegal aliens?

“I consider such failure an impeachment act in and of itself!”

OK, you want to impeach the only President we have had since Reagan that is actually pushing back? You expect him to undo damage overnight that has been occurring since the 60’s.

You want the illegals to stop flowing over the southern border overnight and to prosecute certain people.

Considering he has such as uphill battle, this guy has done great!

And you want to throw him under the bus because he’s not doing this fast enough? You want him to go down in history as a failure?

Please cite the law that allows the President to arrest and prosecute.

The Constitution as the Chief enforcement officer.

Pretty hard for the president to really do his job when there is so much back pressure from a large section of Congress. There is much he cannot do alone. It’s difficult to accomplish the things that are best for the country when most of the Democrats seem to be working in the opposite direction. Arrests & convictions are long past due in many cases it seems, but the fact is that the president cannot do it all by himself. Any “ public servant” that is not doing his job & taking his oath of office seriously as prescribed by the law needs to be dismissed as quickly as possible according to the terms of the law & some others put in place who WILL uphold their oaths of office. Just my opinion.

I’ve been wondering the same things about presidential inaction for known criminal acts.

(only not going quite that far)

I don't know who you are but Trump's supporters don't need to be falling in with the democRATS and calling for his impeachment because he's not doing exactly what they want him to do.

Trump supporters should "support" him, not call for the liberal political police to go after him.

The entire DC swamp is full of criminal types who are not following the law. And we want to blame Trump? Sounds like CNN or MSNBC or the WP or NYTimes.

One man can only do so much when he is surrounded by enemies. He has DOJ and AG who need to go after those who are violating the law. Then the courts thwart him at almost every turn if he does.

Everybody's got their own agendas that don't sync with that of the president. Who do you think would replace him if he was removed from office? Not anybody even close to his skills set. He may be flawed but he's effective.

I have the president's back. Do you?

DOH! you comprehend backwards, don’t you?