VIDEO: "The Simpsons" Mock President Trump in Song with The Squad & Dem Prez Candidates
YouTube ^ | 8/20/19 | The Simpsons on FOX

Navigation: use the links below to view more comments.
first previous 1-20, 21-40, 41-57 last
To: TexasGunLover
The longest running TV show currently on TV,

“The Simpsons” mocks everybody.
A sense of humor is required

Actually humor is required, and they have no sense of it, for it, or for their audience. The Simpson just isn’t funny. That died out with the show with Phil Hartman. It was cutting edge once, then Yardley Smith and that idiot Harry Shierer’s left wing politics took over and now it’s just the same liberal predictable, “Homer will do or be something stupid” formula.

Regardless, only an American of complete ignorance regarding the world around them would not know what the Simpsons is, given it's been on TV since 1989 as a regular show and even prior as a segment.
43 posted on 08/22/2019 10:38:49 AM PDT by TexasGunLover
[ Post Reply | Private Reply | To 41 | View Replies]
To: Bommer

I'm inclined to agree. Some of the funniest lines in the show's history were delivered by Lionel Hutz, Hartman's shopping mall lawyer character.

Same could be said for SNL. 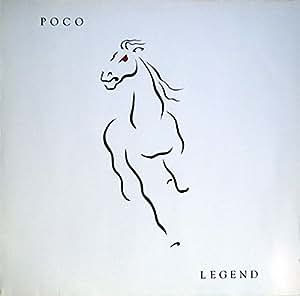 You truly are an idiot.

I suppose you also never heard us say... What’s ESPN?

They think it’s trendy.
I flagged it for hateful content.

I’ll dislike when I watch it at home.

Groening was a cartoonist for the left wing alternate press before the Simpsons. He was a leftist from way back. The Simpsons may occasionally poke some leftist icons but generally it fits in just fine with leftist Hollyweird.

A while back, comedians and comedy show writers decided not to be funny anymore, so I never watch - it’s as simple as that.

Some might say they are still just as funny, but I get offended so I’ve lost my sense of humor - but that’s really not it.

From what I can see, they have truly given up even trying to be funny - their “jokes” are like “Trump is orange and he’s a racist” ???? Where’s the joke? There is nothing to laugh at.

To prove my point - once in a blue moon there IS something funny at Trump’s expense, or at the expense of Trump supporters - and I DO laugh (if it’s funny). So it’s not me being thin skinned - they are just no longer funny.

And it was around Season 10 that I stopped watching - and have not watched it since.

I stopped watching in the early 2000’s. I love “FAMILY GUY” and “AMERICAN DAD” but even “Family Guy” has taken aim at Trump too with the already debunked ‘golden showers’ lie. It was their lowest-rated episode to date.

“SOUTH PARK” decided in 2016 that they would not discuss or animate Trump at all and they’ve kept their word. Its creators are both Libertarian and Conservative.