It isn’t clear what happened to the Panamanian-flagged oil tanker Riah late on Saturday night.

However, its last position showed it pointing toward Iran. Oil tankers have previously been targeted as the Persian Gulf region took center stage in a crisis over Iran’s unraveling nuclear deal with world powers.

Get The Times of Israel's Daily Edition by email and never miss our top stories FREE SIGN UP The concern about the Riah comes as Iran continues its own high-pressure campaign over its nuclear program after President Donald Trump unilaterally withdrew America from the accord over a year ago.

Recently, Iran has inched its uranium production and enrichment over the limits of its 2015 nuclear deal, trying to put more pressure on Europe to offer it better terms and allow it to sell its crude oil abroad.

However, those tensions also have seen the US send thousands of additional troops, nuclear-capable B-52 bombers and advanced fighter jets into the Mideast. Mysterious attacks on oil tankers and Iran shooting down a US military surveillance drone has added to the fears of an armed conflict breaking out.

An Iranian Revolutionary Guard speedboat maneuvers in the Persian Gulf while an oil tanker is seen in background, July 2, 2012. (Vahid Salemi/AP) The Riah, a 58-meter (190-foot) oil tanker, typically made trips from Dubai and Sharjah on the UAE’s west coast before going through the strait and heading to Fujairah on the UAE’s east coast. However, something happened to the vessel after 11 p.m. on Saturday, according to tracking data.

Capt. Ranjith Raja of the data firm Refinitiv told The Associated Press on Tuesday that the tanker hadn’t switched off its tracking in three months of trips around the UAE.

Iranian officials have not said anything publicly about the ship, nor have officials in the UAE. The US Navy’s 5th Fleet, which oversees Mideast waters, declined to immediately comment.

The ship’s registered owner, Dubai-based Prime Tankers LLC, told the AP it had sold the ship to another company called Mouj Al-Bahar. A man who answered a telephone number registered to the firm told the AP it didn’t own any ships.

Separately, Iran’s Supreme Leader Ayatollah Ali Khamenei said Tuesday his country will retaliate over the seizure of an Iranian supertanker carrying 2.1 million barrels of light crude oil. The vessel was seized with the help of British Royal Marines earlier this month off Gibraltar.

Khamenei called the seizure of the ship “piracy” in a televised speech Tuesday.

“God willing, the Islamic Republic and its committed forces will not leave this evil without a response,” he said.

I’m sure it will show up in the Bermuda Triangle. It’s probably already there. :)

Vanishes? Hope not, because the only way that could happen is if it sank.

Where was David Copperfield at the time?

“Nothing to see here” would seem fit for this one. :)

I hope the Arabs don’t expect the US to fight a war with Iran mainly as the mercenaries of these rich Arabs. We’ve done enough of that already. Let them train their own troops to fight their own battles.

This sounds like a job for the US Navy! Oh, wait. Strike that. The ship was registered in Panama, and flew the Panamanian flag. That was their choice.

So this sounds like a job for the Panamanian Navy. 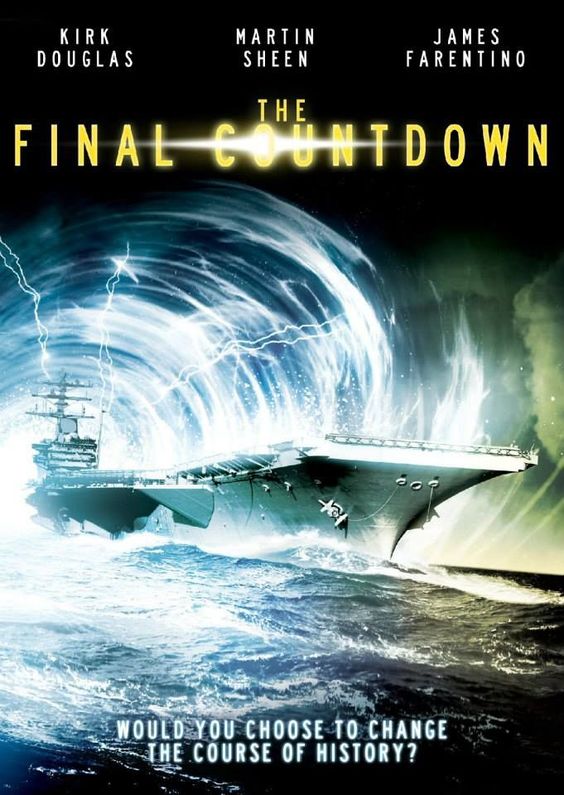 AMEN! If the ship owner wants the US Navy to protect their ship, they should be flying the US Flag, not some flag of convenience.

OK- anyone know the whereabouts of David Copperfield?

MAGA concern should be that there are actors in the Middle East that are working overtime to suck the USA into another costly war. Let those actors fight their own battles, send their kids to the figurative front to die, and they can pay for it too. Oh, and they want another horde of Islamic migrants coming to Europe and USA.

Yep, the poor destitute UAE should get protection by Us citizens taxpayers, our sons and daughters. And all they have to do is fly a flag made in China.
We need to stop getting side tracked by “crises”, secure the border.. get Prez Trump 4 more years.
Maybe the UAE can get off there backsides and defend their own interests, for a change.

“Let them train their own troops to fight their own battles.”

14 posted on 07/16/2019 11:34:59 AM PDT by rockinqsranch (Dems, Libs, Socialists call 'em what you will they all have fairies livin' in their trees.)
[ Post Reply | Private Reply | To 7 | View Replies]
To: EngineDad; Leaning Right
You've got a bunch of ships over there that are registered in Country A, owned by companies in Country B, and transporting cargo between Countries C and D.


And yet our government is filled with a bunch of traitorous globalists who think it's the obligation of the U.S. Navy to protect these ships.

It's kind of pathetic to find a lot of Freepers who say the same thing.

Sorry for the AOC/Omar/Tlaib/Pressley-like language, but "F#&% that."

I can’t see how oil would dump (at worst) over $2 today on this news. Is this a real headline...?

I can’t see how oil would dump (at worst) over $2 today on this news. Is this a real headline...?

It’s only 21 miles wide and has a ton of traffic. Someone/s knows what happened. A small boat pulling along side, cutting the radio, killing the crew and sailing all that oil back to wherever and no one is the wiser.

Push the Self destruct button ,you’ll find it