Lavrov: D-Day memorials are part of a false history of WWII meant to airbrush out the Soviet Union
Business Insider ^ | June 5, 2019 | Bill Bostock

Russia's foreign minister, Sergey Lavrov chastised Western powers in an article published in Russia's International Affairs magazine on Tuesday, ahead of events in Europe to mark the D-Day landings on the Nazi-occupied Normandy coast.

"False interpretations of history are being introduced into the Western education system with mystifications and pseudo-historical theories designed to belittle the feat of our ancestors," Lavrov wrote.

"Young people are being told that the main credit in victory over Nazism and liberation of Europe goes not to the Soviet troops, but to the West due to the landing in Normandy, which took place less than a year before Nazism was defeated."

"Our detractors seek to diminish the role of the Soviet Union in World War II and portray it if not as the main culprit of the war, then at least as an aggressor, along with Nazi Germany," he wrote.

"They cynically equate Nazi occupation, which claimed tens of millions of lives, and the crimes committed by collaborationists with the Red Army's liberating mission." 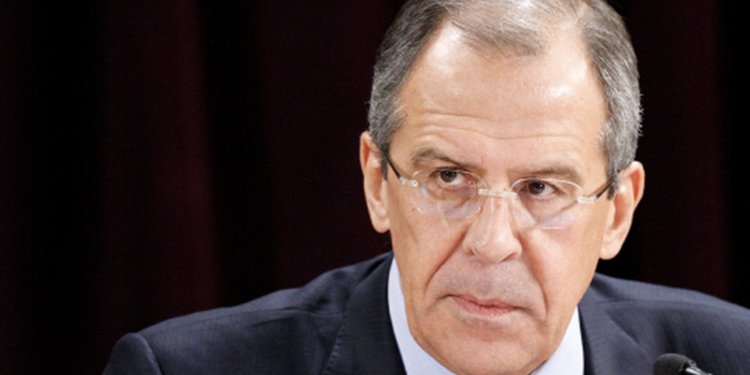 The simple truth about WW2 is:

1) The Red Army killed about 3/4 of all German troops during the war, and the ratio for equipment loss is about the same. It is true that the West has, generally speaking (because there are exceptions) reduced the Soviet role in the war.

2) OTOH, the Soviets have made it seems as if they did everything, whereas the following factors definitely had a significant impact on the entire German war machine - including making things easier for the Soviets:

- Massive bombing of German factories, starting in 1942, and accelerating for the rest of the war.

- Forcing the Germans to defend their airspace. This involved massive aircraft and AA gun resources that couldn’t be utilized against the Soviets.

- The Battle of the Atlantic took away enormous naval resources from the Germans which couldn’t be used against the Soviets in the Baltic Sea and in the area around Murmansk.

- The invasions of North Africa and Sicily/Italy. These pulled significant German resources away from the Eastern Front.

- Even before the D-Day invasion, enormous German manpower, equipment and material resources were devoted to constructing and manning the Western Wall and developing mobile reserve forces.

- Significant equipment and fuel were sent by the US and (primarily) and the UK to the Soviets via Murmansk, the Middle East and Siberia. These resources arguably allowed the Soviets to have sufficient reserves to survive the German offensives of 1941 and 1942, and ultimately giving them must greater logistical resources for the Soviet offensives of 1943-1945.

The bottom line is that both the West and the Soviets contributed mightily to the effort to defeat Germany. By the nature of the war, the Soviets did more on the ground, whereas the Western powers did more in the air and on the seas. That is the objective reality, without giving any weight to who has more effective propaganda or who is more butthurt about what the other side says.

Or we could just talk about the mass genocide inflicted on Europe by the USSR before, during, and after second world war. We’re talk about how the Soviets signing The nonaggression pact to equally invade and occupy Poland as well as Lithuania Latvia Estonia and parts of Romania and Finland enable to conflict to happen in Europe in the first place.

Two words...Yalta Conference. I fail to believe that FDR, let alone Churchill, were dumb enough to fall into that trap. Seems like they willingly went along and sold our Slavic ancestors down the river...the Volga, that is!

Everybody had their role.

The British stood tall when they were “alone”.

The US was able to be the “Arsenal of Democracy”, and ultimately did the majority of the fighting to defeat Imperial Japan, in addition to their role in Europe, including supplying the Allies with their Supreme Commander, a task brilliantly handled by Ike.

And the Russians who defended their Motherland and made the Nazis pay dearly for their mistake.

Precisely— the soviet union... whose shocked psychopathic leader Stalin was absent on duty when Hitler invaded Russia. They had a treaty that made them allies— non-agression and they both invaded Poland— slaughtering millions— and Stalin.... stunned and also wasted his troops.

Stalin then begged to join the Allies— through his commie agents Philby and the Cambridge 5.... to join the “good war” against the “ultra right” Nazis (who were Leftist, Left of center, socialist-— NOT as left as the Germman communists, so they called them “RIGHTISTS”. As they do today, socialists).

If Normandy, Anzio, and the Italian invasion had not happened the Russians would have had a single front against Stalin— and there are many-— highly regarded historians, who have said the russians would have been slaughtered- to at least a standstill. Hitler would not have invaded when he did, and done so with better plans (maybe). Ukraine comes to mind.

Also said— “the clever FDR, got the commie russians to do most of the bleeding off of the nazis on Eastern Front, and thus saved American/Allie lives”.... maybe. Stalin slaughtered enough of his own people, including— get this 90% of his own Generals and down to division level commanders. Facts.

Well we did take up the nazi anti commie spy networks... also late.

Patton of course, was right. And there are more than a few who think the NKVD killed him (on the operating table).

46 posted on 06/12/2019 10:36:03 AM PDT by John S Mosby (Sic Semper Tyrannis)
[ Post Reply | Private Reply | To 4 | View Replies]
To: PGR88
17 Stalin had Russia in a state of war for 10 years before the German invasion. The Soviets committed a genocide in Ukraine and Belorussia. They invaded Finland, they conspired with the Nazis to invade Poland.

How many Soviet war dead were shot in the back by their own officers? How many died in purges? How many in reprisals from Ukrainians? …

The Katyn Forest Massacre (inside the U.S.S.R.) was a series of mass executions of ~22,000 Polish military officers and intelligentsia carried out by the Soviet Union, specifically the NKVD ("People's Commissariat for Internal Affairs") in April and May 1940.

The killings were methodical. After the condemned individual's personal information was checked and approved, he was handcuffed and led to a cell insulated with stacks of sandbags along the walls, and a heavy, felt-lined door. The victim was told to kneel in the middle of the cell, and was then approached from behind by the executioner and immediately shot in the back of the head or neck. The body was carried out through the opposite door and laid in one of the five or six waiting trucks, whereupon the next condemned was taken inside and subjected to the same fate.

The government of Nazi Germany announced the discovery of mass graves in the Katyn Forest in April 1943. When the London-based Polish government-in-exile asked for an investigation by the International Committee of the Red Cross, Stalin immediately severed diplomatic relations with it. The USSR claimed the Nazis had killed the victims in 1941 and it continued to deny responsibility for the massacres until 1990, when it officially acknowledged and condemned the perpetration of the killings by the NKVD, as well as the subsequent cover-up by the Soviet government.

Comrade Yehzov... i think. one of the many psycho murderers of Stalin’s that he periodically had killed. Them and anyone more popular than Stalin in potential— like his “good friend” Kirov.

And idiots that love Fidel and Che’ have zero understanding that Fidel tipped the Bolivians to Che’s location-— to get rid of him (who was also, a true murderous psychopath, and “physician”).

“” “” Stalin wanted the war in the West, anticipating that the German, French and British armies would bleed each other dry, making the entire continent easy pickings for the Red Army.”” “”

It is a hypothetical theory.
There is a full charter on it in Kissinger’s ‘Diplomacy’.
In reality Stalin realized the Hitler’s plans and offered Britain and France to join into alliance to contain Germany. The efforts took place since when Hitler was elected and it was constantly rejected up until ‘peace for our time’ then they stopped trying. UK was hoping Hitler would attack France and I have no idea what France was thinking.
Molotov-Ribentropp Pact is everything but an alliance if you learn the details. If is merely a mutual obligation not to attack each other with buffer zones defined.

This would be the Soviet Union that was happily allied with Hitler until he attacked them and then depended on massive military aid from the US at the cost of many US lives to fight the Germans? That Soviet Union?

Also what they did to Warsaw during the Uprising, basically telling the AK, they would have their backs, and then standing back and doing nothing while they got slaughtered.

That’s right, I was only eight years old on D day and about the
only thing I knew was that at times on the prairie where we lived
now and then we would see a plane pulling a Target and others following
it to Target peatice.

In the country There were several incidents of shells hitting people’s
roofs or even going through, I didn’t pay much attention as I was too
busy kicking horse turds.

Lavrov is auditioning for a job at CNN.

All true. Yet it cannot be ignored that the Russians ground down and destroyed the best units of the German army. If it had not been for their stout resistance and the willingness to absorb huge casualties, the American land campaign to retake Western Europe would have been much more difficult and American casualties would have been enormous. Many Americans simply would not exist today if the Russians had not killed so many Germans. Their fathers and grandfathers would have never come home to procreate.

Also the tens of thousands of trucks we shipped to them. Allowed them to have motorized logistics while the Nazis largely relied on horse-drawn logistics. That magnified the distance problems for the Nazis

I still say, with a more capable leader, the Russians would have won with a fraction of the casualties.

57 posted on 06/12/2019 11:08:41 AM PDT by dfwgator (Endut! Hoch Hech!)
[ Post Reply | Private Reply | To 55 | View Replies]
To: dirtboy
Allowed them to have motorized logistics while the Nazis largely relied on horse-drawn logistics. That magnified the distance problems for the Nazis

Ironic, since the Germans ridiculed the Poles for their cavalry.

The Soviets were absolutely instrumental in helping end WW2 as fast and conclusive as it did. They didn’t win it, but they sure contributed. If the troops fighting on the Eastern Front had been allocated to the West, we may have wound up with something less than unconditional surrender, or perhaps the use of Nukes. And, without the Soviets, perhaps the Nazis would have bought enough time and resources to acquire their own nukes??

Replaying WW2 is such fun, it’s like sooo many people’s favorite discussion.

Yes he was mysterious killed in an accident. How sinister