An image of the NGC 5353/4 galaxy group made with a telescope at Lowell Observatory in Arizona on May 25, 2019. The diagonal lines running across the image are trails of reflected light left by more than 25 of the 60 recently launched Starlink satellites as they passed through the telescope’s field of view. Victoria Girgis/Lowell Observatory

SpaceX launched its first set of 60 satellites last month, and astronomers have already raised concerns about the effect these and similar launches could have on our ability to view the stars. Now, the International Astronomical Union (IAU) has weighed in on the issue and underlined the potential problems to science that satellite launches could cause.

Light pollution is a serious problem for astronomers, as it makes it harder to see dim stars in the sky. Anyone who has lived in a busy and well-lit city knows that urban light pollution blocks the view of most stars. In fact, estimates state that around half of all Americans can barely see any stars in the sky at all.

When discussing light pollution, we are usually talking about light generated here on Earth, from streetlights and other sources on the surface. But the large number of satellites launched in the last decade has raised concerns about light pollution in the atmosphere and in the sky as well. In particular, satellite constellations, in which whole networks of satellites are launched together, are a source of worry.

The IAU raised two main concerns about the scientific impact of satellite constellation launches. First, they argue that the satellites will affect readings from highly sensitive telescopes like the Extremely Large Telescope. Because the satellites are made of reflective metal, they reflect light from the sun at sunrise and sunset and cause bright white lines to appear across telescope images. An example can be seen in the image above, which was captured by a telescope in Arizona a few days after the SpaceX satellite launch.  This is detrimental to the telescopes’ abilities to gather accurate scientific data.

The second problem relates to radio interference. Radio signals are an important tool in astronomy, and are how the first image of a black hole was generated. Even though satellites are designed to avoid interference with the radio frequencies used in astronomy, having many satellites in a constellation giving off radio signals can cause problems.

In fairness to SpaceX, the IAU has acknowledged that the visual impact of the satellites is much higher in the first few days after the launch. The satellites have already grown less bright and will continue to fade as they reach their final orbital positions. But as the IAU points out, this is an unregulated frontier and governments and individuals should consider the potential scientific detriment to these kind of launches.

A problem for every solution...

I hear that SpaceX is offering a deal with only a 10% premium to any client wanting to put a telescope into an orbit higher than these satellites.

One of the best arguments for building a telescope on the moon.

Any single sat would obscure a target for a mere moment...the proper software could remove the light trails and clearly reveal the underlying celestial image.

Not a very complicated problem IMO.

You are correct sir. A solution, searching for a problem. Quite right. 👍
I kind of thought this was a job for the Hubble space telescope.

7 posted on 06/11/2019 3:05:23 AM PDT by Mark17 (With Jesus, there is more wealth in my soul, than acres of diamonds and mountains of gold.)
[ Post Reply | Private Reply | To 2 | View Replies]
To: Bobalu
Any single sat would obscure a target for a mere moment...the proper software could remove the light trails and clearly reveal the underlying celestial image.

Not a very complicated problem IMO.

I was just about the say the very same thing. These days astronomers use CCD devices to capture long term exposures.

A simple program to shutter the CCD for the brief second that a sat passes by, and no streaks. The satellite flyover times are well known and predictable, so it would be a trivial exercise.

Great, so lets go back to carrier pigeons and telegraph lines so Dr. Egghead can play Star Trek with his telescope....

Not sure how one small telescope in high orbit could ever replace dozens and dozens of large research telescopes on the surface. And pity the poor amateur.

Musk plans to put up 12,000 Starlink satellites. The pic illustrates the problem caused by just 25 of them. 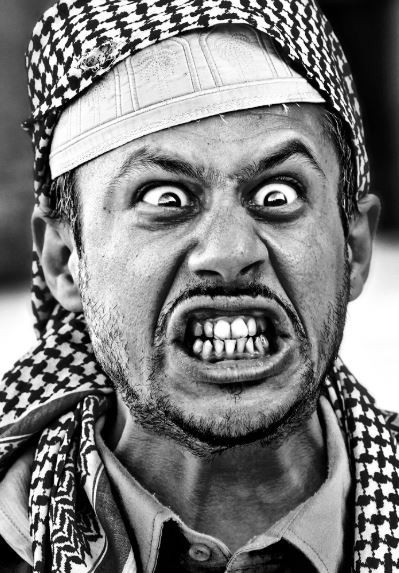 Either real-time or post-exposure processing via computer makes this problem trivial.

However, depending on the frequency and number of transits expected within the field of view ("FOV") / exposure time, it might be better to blank the CCD for the full duration of each transit of the FOV, rather than "blink" just during object occultation.

Both approaches are matters of milliseconds...

That would negate any problem with intra-telescope reflections... And would eliminate any need for post-processing.

Much ado about nothing, IMO.

Notice that the astronomerettes don’t know anything about orbital mechanics or how electric thrusters work.

They were affirmative actioned into their positions. Their real motive was to shut down SpaceX and confine Mankind to Earth.