President Donald Trump’s only major Republican primary challenger said Saturday that the recent spate of abortion laws being passed in states like Alabama has him feeling “terrible,” and declared that abortion is a decision the government should not come anywhere near.

At a campaign stop in Exeter, New Hampshire, former Massachusetts Gov. Bill Weld told a crowd of voters he’s “the most pro-choice person you’re ever going to meet.”

“The way I look at it, it’s kind of a power issue,” Weld said. “And who wants a lot of big, fat, white guys who live in Washington 700 miles away making the decision about what’s going to happen about a family pregnancy where the family has basis for some views and maybe wants to terminate the pregnancy.”

Weld’s stance places him far to the left of the mainstream Republican Party and Trump, whose base is often dedicated to anti-abortion measures. …

I’m so sick of the baby butchers using words like choice and reproductive rights to defend their position. Brit Hume in a Tweet absolutely nailed it. If they’re so passionate about their position, why do they have to cloak it?

Weld is “more pro Choice?” That’s going to win votes from whom, exactly?

Not the sharpest knife in the drawer.

He says he’s “the most”, not merely “more”. Which means he’s claiming to be further to the left than the twenty-something Democrats on this issue, now. (And I’ve heard claims about libertarians being the “real conservatives” in the USA; this simply must be proof of that.)

Anyone Republican who wins election in Massachusetts is suspect, at best.

How is he going to prove that? Beat a baby to death on stage? 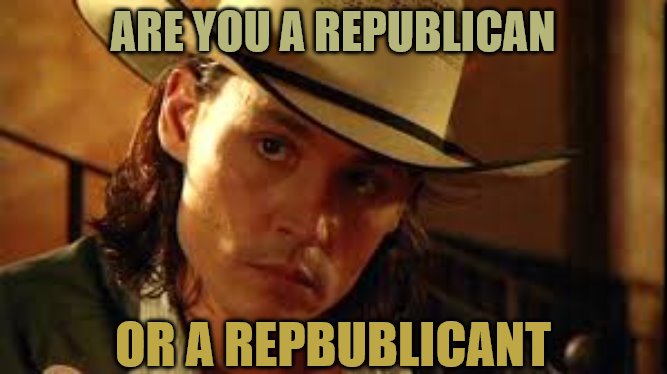 Well, la-de-dah. Good for him. He should run as the democrat he is and always has been. No more fake Republicans.

I wonder if he smokes pot too?

Weld already ran as a fake Libertarian. He really should run as a Democrat, thereby fulfilling the Trifecta of fakery.

“The way I look at it, it’s kind of a power issue,” Weld said. “And who wants a lot of big, fat, white guys who live in Washington 700 miles away making the decision about what’s going to happen about a family pregnancy where the family has basis for some views and maybe wants to terminate the pregnancy any issue in society.”

Wouldn't we all be better off if the federal government did less and let us make decisions locally? And wouldn't his logic imply state regulation of abortion is better than federal level control via law or court cases?

Weld will perform a live-birth abortion in front of a studio audience.

He couldn’t run as a Demonrat (which he actually is - a huge Clintonista), because the jig would be up.

I would not be surprised to see a candidate doing just that (or perhaps holding a newborn’s face down in salt water) within my relatively short remaining lifetime. That is how rapidly this malign evil has advanced in America.

For Weld to be the most pro-abortion candidate, he would pretty much have to want to make it mandatory for everyone, since all the others want it to be ‘free’ and available to everyone, and many of them want it to be done even after birth.

Used to be a time when pols or candidates would brag about how many criminals they could or would execute. Now it will be a contest amongst the pro-abort loons (mostly Demonrat) bragging about how many women they “empowered” to kill their unborn.

So tell us, Bill, are you a pandering turd or a self-loathing turd - or perhaps both?