What if America Had Been Conquered By The Germans in WWII?
War History Online ^ | 8APR19 | Christian Oord

What if America Had Been Conquered By The Germans in WWII? Had the Führer’s strategic vision gone according to plan, the Third Reich would have reached its full military might in 1948.

On June 22, 1941, Operation Barbarossa had begun. The military successes achieved in the following weeks and months proved astounding. More than three million German soldiers and over 600,000 other Axis soldiers participated in what was then the biggest military offensive in history––the Soviet Union was on the cusp of collapse.

At the beginning of December 1941, Hitler’s troops besieged Leningrad and Nazi reconnaissance units scouted the terrain a mere 12 miles from Moscow’s city center.

At the same time, large tracts of Northern Africa were in the hands of the Germans. Furthermore, most of Europe was under the Nazi jackboot. Only the United Kingdom and her Empire stood in the Führer’s way.

Adolf Hitler was at the pinnacle of his hegemonic power. Apparently, nothing could stand in his way and the Nazi world domination was no longer a mere nightmare, but a reality that threatened to take hold.

And true to his word, Hitler declared war on the United States of America four days after the attack on Pearl Harbor on December 11, 1941. A world at war had begun in earnest, but it would prove to be Nazi Germany’s downfall less than four years later. “The American public is made up of Jews and Negroes,” Hitler once said of the nation he considered inferior in every way.

Yet in December 1941, Hitler was not ready to invade the US mainland. The Nazi blue-water fleet was not yet complete. Moreover, the Royal Navy had destroyed many of the Reich’s few capital ships. Even worse, winter had arrived in the east and the Soviet war machine was poised to launch a major counter-offensive to drive the invaders out.

But what if Hitler had been prepared? What if the Second World War had broken out seven years later in 1947?#vid5cab536102e3f{margin: 1em auto;max-width:640px !important;}

Had the Führer’s strategic vision gone according to plan, the Third Reich would have reached its full military might in 1948. Further, Plan Z would have come into effect and the Nazi Kriegsmarine (navy) would have been ready for war.

The German navy would have had a force of four aircraft carriers, ten state-of-the-art battleships, three battlecruisers, 15 fearsome pocket battleships in the image of the Admiral Graf Spee, and more.

According to the Spandau: The Secret Diaries by Albert Speer, Nazi architect and Minister of Armaments and War Production, Hitler was fascinated with the notion of seeing New York City in flames. Advanced missiles similar to the V2s that struck London would have been stationed along the western French coast, and in Iceland and Greenland. The Amerikabomber was to be a long-range strategic aircraft capable of flying the round trip from Europe to the United States.

The expected aerial and naval attacks on the USA would have been to support the ferrying of thousands of land troops across the Atlantic Ocean. These divisions, including panzers and armored personnel vehicles, would have landed on the East coast of the United States. Almost simultaneously, the Japanese Imperial army and navy would have swept in from the west, resulting in a two-front war on the continental United States. Furthermore, incessant Nazi bombing of American cities would have sapped national morale.

Amazon’s hit TV show, The Man in the High Castle would have become a reality. The North American continent would have been divided into two spheres of influence. Imperial Japan would have ruled in the West, while Nazi Germany would have controlled large swaths of territory from the East Coast to Kansas or Colorado. The US magazine Life even published an article in early 1942 suggesting such a horror scenario during the war, although presumably without knowledge of Hitler’s exact military capabilities. The magazine presented six possible invasion plans to an anxious American public in an attempt to boost morale for America’s participation in the war.

The magazine predicted the Japanese would attack from the west either directly on California or via South America. Meanwhile, the magazine suggested that the Nazis would either invade from Greenland and then Canada, or via South America and the Caribbean. The magazine considered that Hitler’s plan to attack across the Atlantic Ocean, had he gone through with it, would have been the most challenging strategy. A SB2U Vindicator scout bomber from USS Ranger flies anti-submarine patrol over Convoy WS-12, en route to Cape Town, November 27, 1941. The convoy was one of many escorted by the US Navy on “Neutrality Patrol”, before the US officially entered the war.

Hitler’s plans for the USA after victory

Once the fight for world domination was won, the US would have been rearranged according to Nazi ideas and doctrines. Hitler’s plans suggested that the German-born American population should be rapidly expanded in the guise of the so-called “Wehrdörfer” or “Defense Villages” in the Soviet Union. A strategic hamlet in South Vietnam c.1964 similar to the Wehrdörfer in the Soviet Union during WWII.

Alfred Rosenberg, Hitler’s confidant and German ideologue, also had thoughts about the US. Rosenberg’s particular concern was the so-called “race problem” and supposedly wanted to relocate all African-Americans and Jews to Madagascar. Rosenberg was later executed for crimes against humanity after the Nuremberg Trials.

Read another story from us: What Would Have Happened to Him if The Soviets Had Captured Hitler? 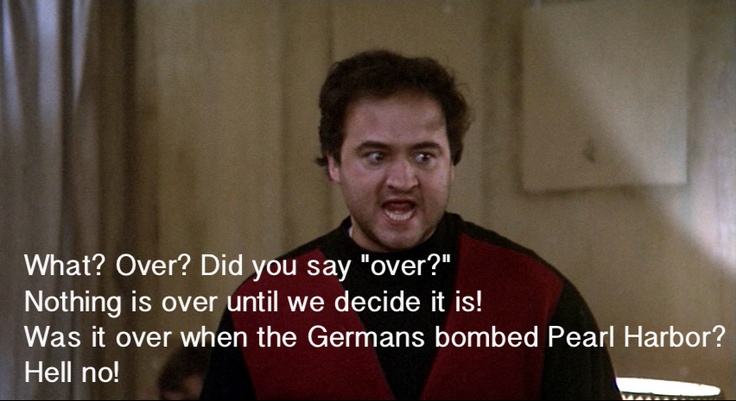 In that case, the dem pres candidates running today would be redundant and seen as in need of extermination.

Wouldn’t there have been at least a few battles before they conquered us? Those would have been interesting, considering that our entire economic system had been organized around cranking out weapons and ammunition at an incredible rate.

Watch Man in the High Castle.

Hitler abandoned the idea of invading the UK in 1940.

He was not about to cross the Atlantic and conquer the US.

What if we had followed Patton’s lead in May 1945 and marched straight into Moscow,nuclear weapons on standby?

Agree...and this assumes Stalin and the USSR would sit buy while Germany sent its men abroad. NO WAY, even in peace, would Hitler have left his right flank wide open to Communism.

Or read Fatherland by Robert Harris

So, pretty much what we have today - a country ruled by a ‘Fascist’, at least according to the Left. Germany wouldn’t have tried to build up our economy and production capacity after the war.

Rur media would probably be a little more fair, though owned by a completely different group of people.

We would also have a secure border and none of this, “Boo-hoo, I’m soooo sad about being white..!” palaver.

The retort is, “Yeah, but would we have free elections..?!”

But the come-back is easy:

Are our elections anything more than decorations NOW..?

You show me The Wall —completed, I mean— and I’ll take back everything I said.

soros' people may have been able to make landfall, and perhaps take D.C. or NYC, but then it would be all over for him.

The price to buy victory is never the same as the cost to own the thing.

16 posted on 04/10/2019 6:20:03 AM PDT by Sirius Lee (ÂIndividual liberty and freedom are not outmoded concepts.Â)
[ Post Reply | Private Reply | To 1 | View Replies]
To: vannrox
“The American public is made up of Jews and Negroes,” Hitler once said of the nation he considered inferior in every way.

They were maybe what 15% of the population?

I am guessing he never read about the first rule of war and knowing your enemy.

Libtards don’t realize the Hitler considered the US a mongrel nation and he also hated the Poles and Russians and anyone else that was not considered Aryan.

The old SNL skit where Lil’ Tommy Tucker, from Ft. Wayne, Indiana, asks, “what if Superman had landed in Nazi Germany instead of Kansas?”

People cite Hiter’s building of, “The America Bomber” as evidence, but beyond that there’s nothing.

The Cold War would have instead taken on a US/Greater Germania incarnation.