Okay, I went back and looked. You are right. Good eye.

What a dour looking bunch they are.

The internet never disappoints look what someone created from the video clip.

I missed that one.

~ ~ ~ ~ ~ ~
I believe Melian caught and brought that to us that an anon had requested that POTUS should say “Ruthless Coyotes.”

I simply made the observation that the House Chamber was empty of a particular Ruth, hence being “ruthless.”

I completely agree with him. Great read!

> Trump looking up and back at the camera

I saw it too and remarked on it in my notes. Interesting indeed.

My husband has been saying that these evil peoples’ use of youth adrenals and blood will have some type of reverse action and backfire on them. I hope NP and HRC and their odd physical twitches and health issues are just that.

Could be... also could be too much alcohol... 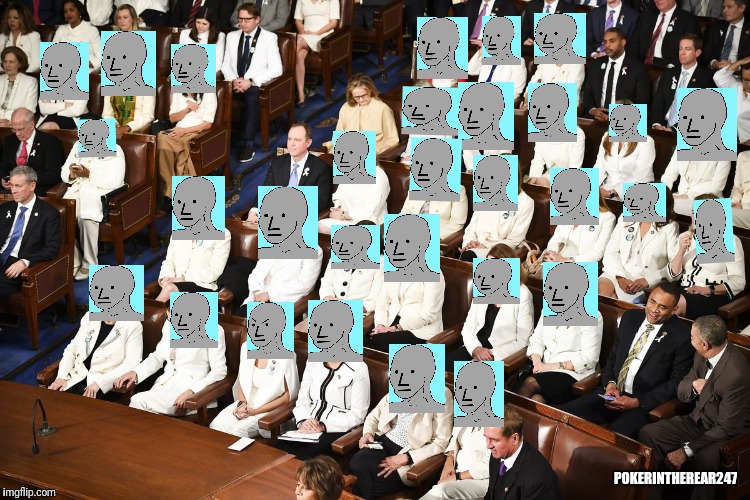 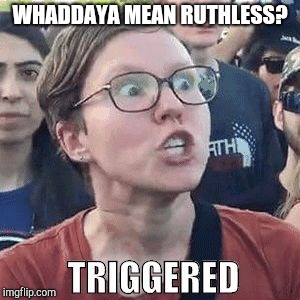 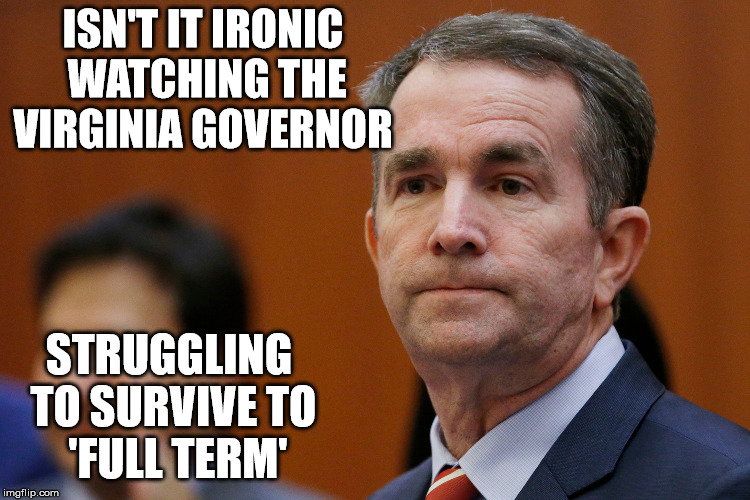 Your gung fu is unmatched.

FWIW
On October 2, 2018, I did a dive on the symbology of the Red Door, and Red, and oopsed into a discussion of red scarves.

This discussion is not exhaustive, and that list you mention IS certainly impressive in a watching-a-train-wreck-and-can’t-look-away kind of way. However, perhaps the portion of my dig on red scarves and Red Door might add to the depth of knowledge of a piece of specific history in our understanding of our culture regarding that symbol.

Here is the scarf part:

“...I was intrigued to find the immediately following link to a famous make up and glamour artist. I did as I usually do, and collected the link, verbiage, and a couple of striking pictures. I discovered that I had actually inadvertently failed to capture the link properly. As I searched again for the information and display I had previously captured from their not-very-easy-to-use website, I was unable to relocate it. I did locate other information in my efforts to recover that link. Here is a bit of a summary of my findings.

SIDE ISSUE: RED SCARF
Here is the Elizabeth Arden company, which has taken as its symbol “Red Door.”
This is the link leading to the story of Elizabeth Arden. She was a suffragette, marched for women’s rights, and her wiki page insisted that “in politics, Elizabeth Arden was a strong conservative who supported Republicans.”

I am not going into depth on my report, but I have suspicions that her work may have been of great interest to the Cabal at the time. It certainly seems to be so now, as we shall see.

Why this side tunnel in the general “Red Door” bunny hole I was digging on occurred is because Elizabeth Arden chose as her COMPANY SYMBOL, RED DOOR. She is also known for having produced a Win the War lipstick color for women in the services during WWII called “Montezuma Red.” [The use of “Montezuma” with respect to the war effort is not explained. However, it brings to my mind the blood sacrifice rituals of the Aztecs, which may or may not have been widely known at the time.]

One of the ads for this lipstick, which was featured in the above link, shows a black and white picture of a beautiful female soldier wearing a bright red lipstick, bright red uniform stripes, and sporting a BRIGHT RED SCARF.

As many FReeQs and Q Readers know, the red scarf has recently been used in Cabal-associated deaths, causing much speculation about them. Here is documentation of a prominent ad from the 1940s showing a very appealing bright red scarf, with the message that all women - both military and civilian - should be avidly wearing one with the bright red lipstick. Cabal planting seeds of symbology for later, perhaps?

The verbiage of this excerpt about Elizabeth Arden is one of those page caps which require pushing an arrow on the right side of the display in order to advance to the next page.

“As a business person, beauty advisor, and woman’s advocate, Elizabeth Arden was an inspiration to women all over the world. That’s as true today as it was 100 years ago….”

“...As an advocate for women’s rights she once marched past her Red Door Salon on Fifth Avenue alongside 15,000 fellow suffragettes, ALL WEARING RED LIPSTICK AS A SYMBOL OF STRENGTH.

During WWII she developed cosmetics for the women who served in the military. And in 1946 she became one of the first women to ever be featured on the cover of Time Magazine.”

I learned that there is a recent promotion in which Reese Witherspoon has been hired to be a team member as story teller in chief at Elizabeth Arden, for a fund raiser for women’s rights. I’m wondering if they will also resurrect the red scarf in their ad campaigns. Probably not. But it would not surprise me. “These people are stupid.” “Symbolism will be their downfall.”

“...the campaign features a limited edition lipstick in the brand’s signature Red Door Red shade, signed by Reese Witherspoon. 100% of the proceeds will be donated to United Nations organisation UN Women, which is committed to achieving gender equality and empowering women around the world. Additionally, Elizabeth Arden has pledged to donate $1 million to UN Women....”

Well, whatever loyalties Arden had, (who was actually Canadian born Florence Nightingale Graham, and created and made herself into Elizabeth Arden, today IMHO, the company definitely seems to be involved in and promoting Cabal interests....”

(Thanks for the straight line, but)

Well, shes a big gal from looking at her dress. I don’t like to make too much of it though. There are people I know with the same problem. (Maybe some here!) 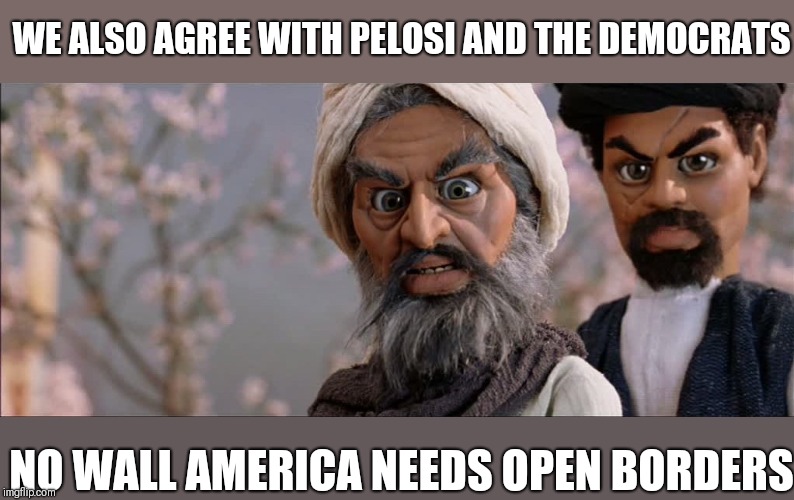