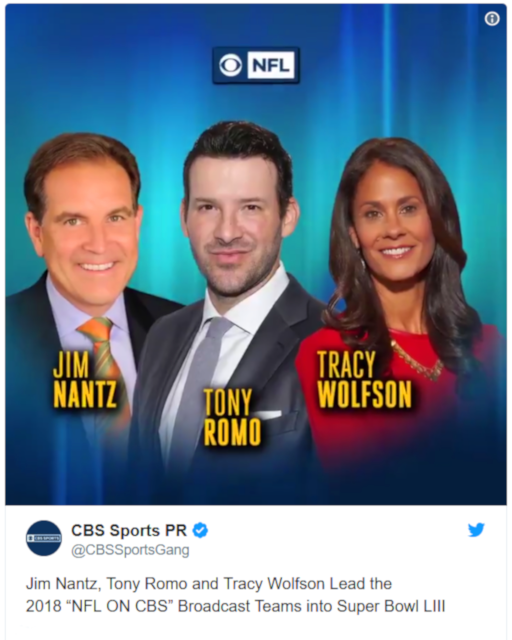 Romo - has earned his spurs the hard way, on the field. Hope he has a great career on the radio.

I’ve only heard Nantz a couple of times but he has enthusiasm for the game and that is good compared to what is happening with the cowardly NFL leadership, with refs, and leftist race-agitators.

If Tony were half as good at football as he is at broadcasting he may have gotten to the Super Bowl... I think he’s found his true calling and that’s a surprise. I thought he would stink it up the booth the way he stunk it up the field when he was playing... Jones would likely hire him back as their QB though if he could... That’s just how crazy Jerry does it, losing year after year by keeping people he ‘likes’ around... Like Garrett... He didn’t extend his contract... If I were Garrett I’d just screw the pooch next year and teach Jerry a lesson.