Jack Morrissey, a Hollywood Producer who is known for projects such as Beauty and the Beast and the Twilight Saga, called for minor teen high school boys to be murdered in a violent, gruesome manner.

Mr. Morrissey joined the hate-filled media and piled on the Covington Catholic students after deceptively edited videos of the teens were posted to Twitter accusing them of harassing a Native American man.

Full video of the incident shows the teens did nothing wrong — they were ambushed by blacks calling them “crackers” and the Native Indian man is a far left activist who harassed the children.

In fact, upon further review of the entire video, many people are now apologizing to the Covington Catholic teens, admitting they were duped by selectively edited video and ‘fake news.’

Jack Morrissey takes the cake for the most disgusting attack on the minor Catholic boys.

“#MAGAkids go screaming, hats first, into the woodchipper,” Morrissey tweeted with a photo of a woodchipper.

Twitter is allowing verified, blue checkmark accounts to call for the targeted harassment and violent assault of these minor high school children.

Failed actor and ‘comedian’ Ben Hoffman, who goes by the stage name ‘Wheeler Walker Jr.,’ called for violent sexual crimes to be committed against the minor teens and even offered a reward to whoever can stalk and find the minor child and “punch him in the nuts.”

Those ids will be wealthy beyond their parents wildest dreams if they sue these people until they don’t have two nickels to rub together. Seriously, sue them!

I dont know what the hell has happened to my country but I think we have gotten to the point of civil war..where the commie left does NOT care about the truth anymore..what they want and are saying it now LOUDLY and PROUDLY, that they want ALL Conservatives dead..they believe, they really truly believe that if America were rid of us all, America would be a better place to live..they are taking Hitler’s advice to the letter

Can we please stop tolerating these evil leftist haters?

You know the answer to that question.

Hollywood and the mediaVOMITS are freakin pure EVIL!!

To suggest killing kids, even 16-18, is past anything I have ever heard from any so called adult. What a sorry pile of trash.

These are the SAME people who say we have to get rid of guns to “Save the children” yet they are calling for the MURDER of CHILDREN!

Has this Jackoff Morissey publicly apologized for his remarks yet? Has he been dragged down by other liberals yet ala taking one for the team yet?

This may be premature, but I can see these kids on Fox and Friends tomorrow or Tuesday morning, followed by a visit to the White House and a meeting with President Trump.

We are dealing with pure evil. It will continue to escalate until we deal with it the way you must.

The mob has taken over. They will get people killed jumping to conclusions before this crap ends

These two a-holes, and the a-hole Kathy Griffin, and Rosie, the rest of the entertainment industry nitwits who took the hard line, will not only not be banned from Twitter, they'll be asked onto The View and the rest of the Partisan Media Shill DNC talking point distribution points and allowed to spin and rationalize their hate speech.

BOYCOTT ANYTHING HE PRODUCES!!!..or is associated with... HURT these bastards where it counts!!!!...

I heard the principal of the Catholic school, apparently without bothering to see the whole video vindicating the kids, announce on radio that they would be expelled. He must be a libtard, too, scrambling to appease, to please, and to cover his no-doubt ample a____. Disgusting. 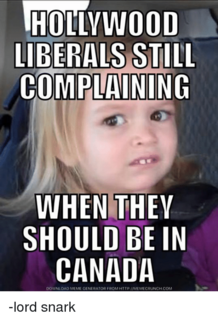 Solicitation of murder.20 to life..