Soviet soldiers Sgt. Kantaria and Pvt. Yegorov of the 150th Rifle Division, 3rd Shock Army, raise the Sickle and Hammer flag of the Soviet Union atop the Reichstag in Berlin.

Meet the new boss, same as the old boss.

3 posted on 05/02/2018 4:37:33 AM PDT by Bull Snipe
[ Post Reply | Private Reply | To 2 | View Replies]
To: Bull Snipe
That flag represents a genocidal regime every bit as bad as Nazi Germany, but "all that aside", it's an awesome photo. The ruined city in the background, the soldiers seemlessly blending with the statues...The effect is incredible. 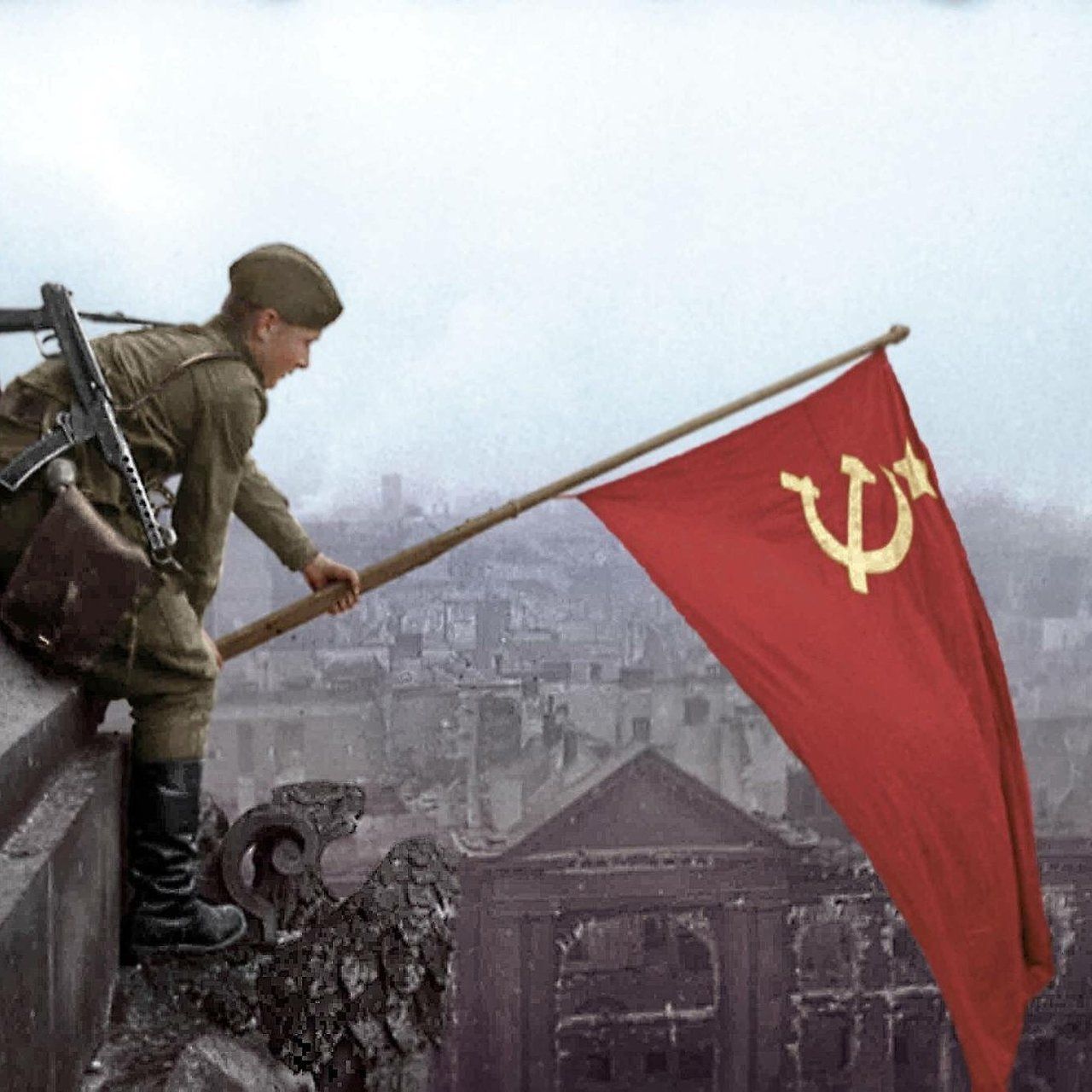 Second best flag raising photo from WWII. The Iwo Jima flag raising is still the best. Some of those Soviet soldiers, that stormed Berlin, marched there all the way from Stalingrad.

thanks, hadn’t seen that photo before.

Any way you add it up, the Russkies got seriously hit in WWII. What was it, something like 30 million dead, most of them civilians? Add to that the destruction of much of their infrastructure. On balance, pretty devastating.

9 posted on 05/02/2018 5:18:25 AM PDT by Bull Snipe
[ Post Reply | Private Reply | To 8 | View Replies]
To: All
Interesting article; That photo was manipulated to conceal Soviet looting. The article is from Der Spiegel so take it with a grain of salt. The Ukrainian Jewish photographer's relatives were a victims of the Soviets and the Nazis.