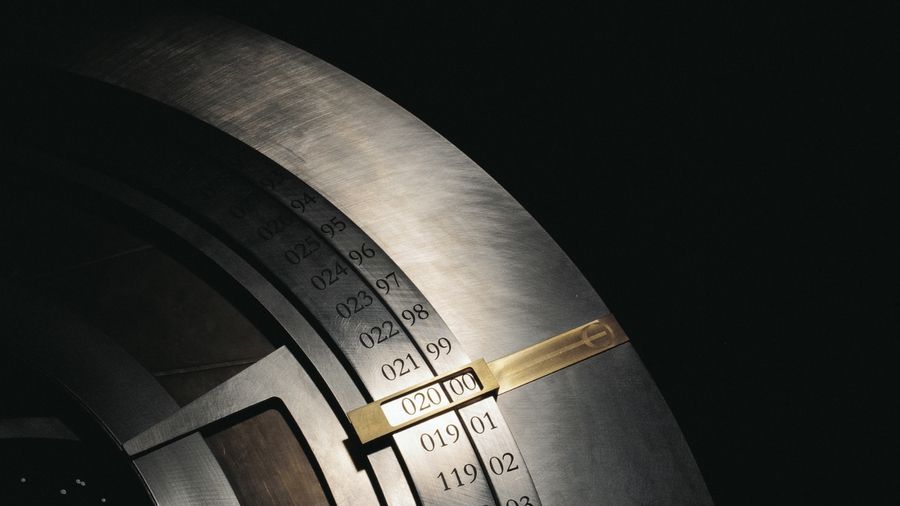 Jeff Bezos wants us all to be good ancestors. The Amazon supremo just tweeted that installation has begun on one of his pet projects of the last decade, the 10,000 Year Clock, also called the Clock of the Long Now.

Designed to stay accurate for that huge time period, the giant clock will tick once a year, moving its century hand every 100 years, and send out a cuckoo once a millennia – just 10 times in its life. And it costs US$ 42 million. What is Bezos thinking? 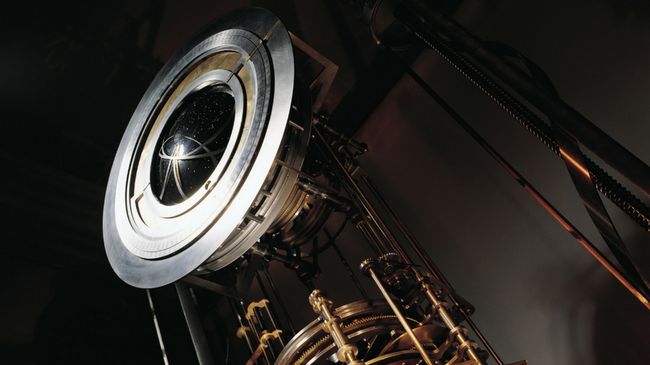 It’s supposed to make us think about the distant future

Humans are shortsighted and could be hurtling towards extinction. Global warming? Not our problem. Resource depletion? Let the grandchildren worry about that. Humanity is using-up Planet Earth at an alarming rate, and no generation appears to give any thought to the next.

The 10,000 Year Clock is designed to make us all think about an expanded sense of time, the massive generational impact of our decisions, and become more responsible. It’s about protecting Earth, our home.

As a symbol it's supposed to change the way people think about the planet and each other. File it next to the first picture of an Earthrise taken by by Apollo 10 astronauts, or Carl Sagan's stirring Pale Blue Dot image.

That mindset makes the project similar to ex-NASA Space Shuttle astronaut Mae Jemison’s 100 Year Starship project, which aims to make human interstellar travel possible by the year 2112. Bezos shared a stage with Jemison at last year’s Apollo 11 Gala event, at which he suggested that exploration and colonization of the solar system would make it possible to support one trillion people, mostly on Earth. 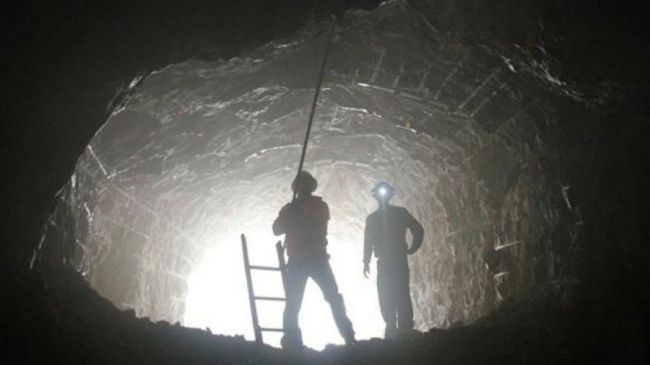 The clock is now being installed inside a 500 ft. shaft

It wasn't Jeff Bezos. In his tweet he name-checked “the genius of Danny Hillis, Zander Rose & the whole Clock team”. He's referring to the Long Now, a San Francisco-based group for scientists, inventors, writers and futurists who “hope to provide a counterpoint to today's accelerating culture and help make long-term thinking more common.”

Computer scientist Danny Hillis planned the clock way back in 1989. He built a working 8ft prototype called the Clock of the Long Now in the 1990s. It chimed twice to start the new millennium on New Year’s Eve 1999, and now resides in London's Science Museum.

The finished clock is destined to be 500 ft tall, and Bezos' tweet is to congratulate the team on drilling the 500ft deep vertical shaft in a mountain – his mountain – and beginning the clock’s installation. There is no completion date, but the video in his tweet shows that the clock is quickly coming together. The clock is being built by Hillis' company Applied Minds. 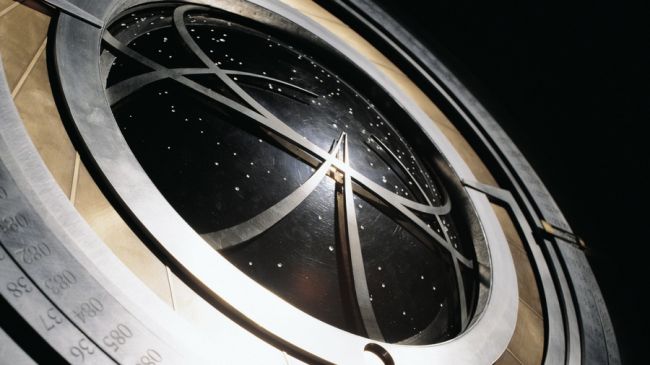 The clock self-corrects by phase-locking to the Sun at midday. Credit: Rolfe Horn & The Long Now Foundation

Most of the publicity surrounding the 10,000 Year Clock comes from Jeff Bezos for two reasons. Firstly, he is financially supporting the project, and secondly, it's being built on his land in Texas. The 10,000 Year Clock facility will be built inside a mountain on Bezos' land in the Sierra Diablo mountains in West Texas, near the town of Van Horn.

It's no accident that the clock is being built in an ultra-remote location in the Texan desert. The fact that a clock is being designed to last for 10,000 years immediately gets us thinking about whether it will really last that long without being demolished or destroyed – and our civilisation along with it. That's kinda the point of it in the first place.

However, it is possible to reach the clock facility if you're prepared to drive several hours from the nearest airport and hike a trail 2,000 ft. above the valley floor. Once you get to the facility, there will be a series of steel doors (to keep out animals), one of which is an airlock, followed by long tunnels and, eventually, a rock-hewn spiral staircase leading to the clock chamber.

The 10,000 Year Clock could be the first of many so-called 'millennial clocks'; another is slated for the top of a mountain in eastern Nevada surrounded by 5,000-year-old bristlecone pines – among the longest-living organisms. 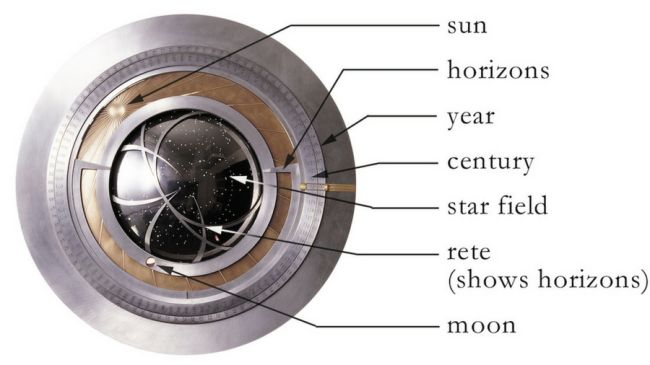 When finished, it will keep ‘deep astronomical time’

Most clocks lose time, and even a 99.9% accurate clock is out by 90 seconds each day, so the 10,000 Year Clock self-corrects by phase-locking to the Sun at midday.

“All mechanical, powered by day/night thermal cycles, synchronized at solar noon,” said Bezos in his tweet. At noon each day, the sun will be overhead and illuminate the clock chamber, and the clock – built with stainless steel, titanium and dry running ceramic ball bearings – will achieve a precision equal to one day in 20,000 years. Each day at noon it will chime, but never the same way twice. A sequence of ten bells will ring at noon each day, which British musician, producer and artist Brian Eno – who's closely involved in the project – realized meant 3,628,800 permutations. That's the same as the number of days in 10,000 years. Thanks to Eno, every single day will have a unique sound.

Although there’s no completion date scheduled, the Long Now Foundation does plan to open the clock to visitors once it's ready. To be notified of exactly when, email a blank message to clockinterest@10000yearclock.net. Just make sure you get there before noon. 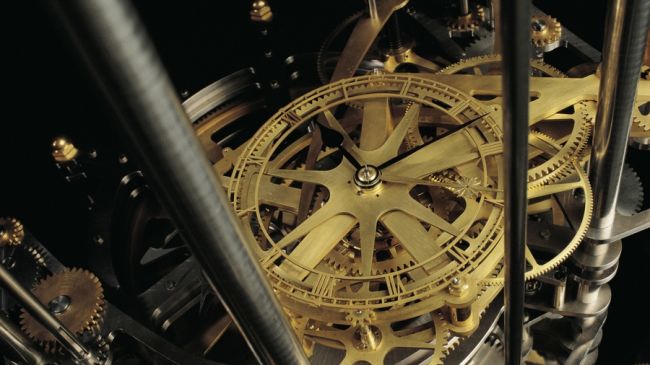 Bezos' 'No Plan B' philosophy

In another nod to the 'how long will civilization last?' debate, the 10,000 Year Clock can be maintained by simple bronze-age technology. That’s predicated on the theory that human societies of the future could easily be more primitive than our own.

The 10,000 Year Clock may seem like a bizarre concept, but it fits neatly into Bezos philosophy. His space company Blue Origin wants to colonize the moon and, eventually, explore the solar system to make humanity a multi-planet species.

“We’ve sent robotic probes to every planet in this solar system,” Bezos tweeted from the Perito Moreno Glacier in Patagonia right before the 10,000 Year Clock announcement. “Earth is BY FAR the best one. We go to space to save the Earth.“

His latest project may not cost as much as rockets and space exploration, but it's part of his increasingly forthright 'no Plan B' ethos. It differs hugely from Elon Musk’s belief that we need to colonize space because Earth will suffer a mass-extinction event. Put it in that context and his latest 'vanity project' is easy to understand; the chiming 10,000 Year Clock is humanity's wake-up call.

Yes, all the previous civilizations vanished so completely after 10,000 years that we can't even find any evidence of them today. :)

This is actually a really interesting project and it’s been going on for quite awhile. This was conceived by Danny Hillis about 30 years ago.

Bezos is a funder, but it’s not exactly his idea.

The Mayans has different calendars and concepts of time. One of their time units the Long Count turned over every 7,885 solar years.

Were the funds for this extravagance derived from shareholder funds?

Does this meet the fiduciary standards for corporate governance?

I hope Clock Boy is part of this project.

History repeats. Ancient Rome has a character eerily similar to Jeff Bezos. His name was Marcus Crassus. Things did not end well for him.

Hmmm, the Long Count...didn’t seem to help the Mayans
that much.

Really? Now what civilizations would those be?

Most civilizations last about 10,000 years

—
Who told them? Besides, recorded history only goes back 6,000 years and gets sketchy. So what precious groups of civilizations is the idiot. Jamie Carter, talking about?

I think its cool. Better than funding SJWs or building yet another office building. And even if if it breaks it will still be right twice a day which is more often than his newspaper is.