Chelsea Clinton wants to talk about her kids book. Her readers have other ideas. (Barf alert)
Washington Post ^ | 6/30/2017 | Nora Krug

(snip)There’s a girl-power movement in the picture-book world(snip) The little girls (and boys) reading these books are being primed for action rather than lulled to sleep. They are curious. They are inquisitive. They are not shy. They are, in a word, woke.

And they want to talk about Hillary Clinton —(snip) Simcha Jacobs, 6, of Honolulu — said she was excited about the event “because I might see Hillary!”

But Simcha was not alone in wanting to talk about Hillary and the current state of affairs in America.(snip) Chelsea Clinton, in a long black floral dress, opened the floor to questions. A gaggle of girls stepped to the microphone and turned up the volume.

The first interrogator had a strawberry-blond braid running down her back. “How do we persist in resisting Donald Trump?” asked 8-year-old Amara Moulds. Loud cheers and applause ensued.

“I would say a few things,” Chelsea Clinton offered, deliberately, through a muted smile. And then, in her quiet, raspy voice, the 37-year-old mother of two launched into an answer that can only be described as Clintonian:

Then, calmly: “You asked a question about our current president. And I certainly don’t agree with him, I think, on anything.” (Audience laughter.)

TOPICS: Books/Literature
KEYWORDS: bookreview; brainwashed; chelsea; chelseaarticle; chelseabook; childrensliterature; hillary2016; scripted Navigation: use the links below to view more comments.
first 1-20, 21-38 next last
"They are curious. They are inquisitive. They are not shy. They are, in a word, woke."

They are brainwashed, by their parent(s).

Yes, I remember when I was six and wanted nothing more in the world than to catch a glimpse of Ike. It’s seared in my brain.

Brainwashing is the only way the left’s agenda makes sense to anyone.
Those who can still think for themselves look on at the useful idiots and wonder how they can believe what they do.
The Clinton’s are the most corrupt figures in modern American politics.

How do we resist Donald Trump asked an 8 year old???

How do we persist in resisting??

8 year olds don’t talk like that. Clearly that child has been coached, likely by her liberal mother.

They being raised/conditioned to turn out to be the next generation of hateful, joyless feminazis.

“How do we persist in resisting Donald Trump?” asked 8-year-old Amara Moulds.

An 8 year old asked this with no coaching???

Yeah, and I own the Empire State Building....

As far as I know, she never talks about her Dad.

I look forward to her upcoming spellbinder, “Reflections of a Public Woman”. The Teamsters already have a dozen empty trailers waiting to scarf them up.

“How do we resist Donald Trump asked an 8 year old???”

You don’t!! You do what you’re damn well told and no back talk!!

—with credit to my dear, departed Dad, circa early 1950s—

You just know the lefties are constantly keeping the spawn of satans name in the papers in prep for her run for office. This should be good. Accomplishments: None. But I should be in office because of my name, just like a Kennedy or a Bush.

Or “children should be seen, not heard.”

The good old days when insane libs didn’t coach their tykes to be rabid little libs as soon as they could utter “Mama.” We at least waited for the high schools to corrupt their young skulls full of mush at age 15.

Does this cretin have 2 daughters? If she has a son I feel sorry for him having to grow up with all of this girl power crapola.

Woke? How about morally broke? 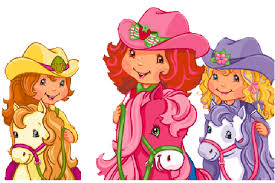 I remember President Reagan as a kid and he made me proud to be American. There was no brainwashing needed. I hope President Trump inspires a generation of kids. There is nothing we can do about the assholic parents who use their kids as props and tools of the left.

When you start exploiting children you are totally FU.