Meanwhile, for the sake of survival and American sovereignty: ‘Get the U.N. out of America and America out of the U.N’.

The New World Order ever-seeking United Nations is about to jump, four square, into the U.S. reformation of police force initiatives—politicizing them even further than they already are.

Little known and rarely ever written about, the World’s biggest bureaucracy, by virtue of city mayors and councillors aiding and abetting ‘peaceful’ protesters now holding cities like Seattle hostage, is the biggest player in the globalist fight to defund and even abolish American police forces.

Not only is Seattle a ‘U.N. Agenda 21/30 City-so are some 600—and still counting—other American cities.

Subsuming the USA to the UN has been the goal of Bush League Republicans since January 20, 1989. 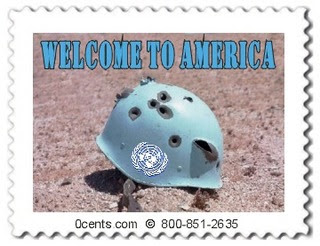