This year, 2020, marks the fiftieth anniversary of Earth Day.

When I was growing up—not that long ago I might add—Earth Day was mostly focused on community trash pickups, planting trees, and other activities meant to make the entire planet, and one’s neighborhood, more beautiful and less polluted.

My, how things have changed. In recent years, it seems that Earth Day has transformed into a day less about nurturing Mother Nature and more of an occasion for angry environmentalists to point their fingers at anyone and everyone who opposes their radical agenda.

According to EarthDay.org, the mission of Earth Day Network (EDN) is, “To build the world’s largest environmental movement to drive transformative change for people and planet.”

Needless to say, EDN has set the bar quite high. Yet, upon closer examination, we should ask this question: What does “transformative change” mean to EDN?

Answer: “At every turn, EDN works to broaden the definition of ‘environment’ to include issues that affect our health and our communities, such as greening deteriorated schools, creating green jobs and investment, and promoting activism to stop air and water pollution.”

Yes, EDN has stealthily turned Earth Day into a politicized campaign to enact its definition of “transformative change,” which reaches well beyond the scope of maintaining a pristine planet.

Although you may be thinking that most people still view Earth Day as a benign event intended to celebrate the glory of our picturesque planet, EDN thinks (and behaves) otherwise.

Once again, according to EDN, “As we look to 2020 and the 50th anniversary of Earth Day, Earth Day Network is working with partners around the world to build a historic moment when citizens of the world will rise up in a united call for the creativity, innovation, ambition, and bravery that we need to meet our climate crisis and seize the enormous opportunities of a zero-carbon future.”

In essence, EDN has turned Earth Day into a global call for action intended to implement the most radical environmental policies imaginable. From 100 percent renewable energy to plastic bag and straw bans, EDN is all-in on the climate change/global warming frenzy.

Never mind if these policies actually work; EDN is in the business of pushing extremist environmental propaganda—while practically ignoring commonsense actions that would make our planet more beautiful and enjoyable.

Perhaps this was inevitable. Unbeknownst to most Earth Day fans, the seminal environmental celebration has quite a sordid cast of characters associated with its inception.

Exhibit A: Ira Einhorn. Although Earth Day Network has tried its best to scrub all mentions of Ira Einhorn regarding anything related to Earth Day, the fact remains that Einhorn was a pivotal figure in the early Earth Day era.

Einhorn, a firebrand counterculture force in Philadelphia during the 1960s and 1970s, was found guilty of murder in 1981. Although Einhorn fled to Europe to escape American justice, he was eventually extradited to the United States, where he died in prison just a few weeks ago.

Obviously, Einhorn’s role as an Earth Day pioneer does not reflect upon the entire group of activists who founded and built EDN. However, it does give a glimpse into the fringe figures and radical ideology associated with the event’s origins.

Last but not least, we should also remember that Earth Day zealots have a long history of apocalyptic predictions that have not occurred, and probably never will.

For instance, in 1970, Life magazine predicted, “In a decade, urban dwellers will have to wear gas masks to survive air pollution.” Never happened.

What about the overpopulation and mass starvation Paul Ehrlich and countless others warned would wreak havoc?

"Population will inevitably and completely outstrip whatever small increases in food supplies we make," Ehrlich said in 1970. "The death rate will increase until at least 100-200 million people per year will be starving to death during the next ten years.”

"If we don’t do (fill in the blank), the Earth will end," activists keep claiming. Yet, 50 years later, none of their dire predictions have come close to reality.

This year, let's get back to basics and focus on doing what we can to make sure our communities are clean and that nature is preserved and protected. Put aside the hyperbolic rhetoric. Plant a tree, pick up some litter, do something good for the planet. It will probably do a lot more good than listening to the arbiters of doom and gloom at Earth Day Network.

Chris Talgo (ctalgo@heartland.org) is an editor at The Heartland Institute.

TOPICS: History; Outdoors; Society; Weather
KEYWORDS: earthday; leninsbirthday
I planted grass, today. Normally, I would be tearing UP turf to plant vegetables, but I do like my house yard to look nice.

Beau spent the day cutting down trees that were over-hanging our AG land, making it easier for our renter TO GROW FOOD.

We balanced one another out, LOL!

All my lights are on.

Also - every day of the year at my house! Eleven hunting dogs, two house dogs, two cats and a mule. ;)

Earth Day, also known as Lenin’s Birthday, which both could be considered days of triumph for evil.

Earth Day is bull . Do something you like to do. 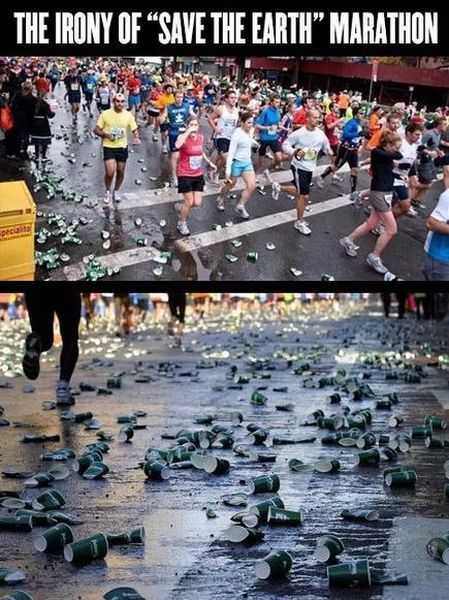 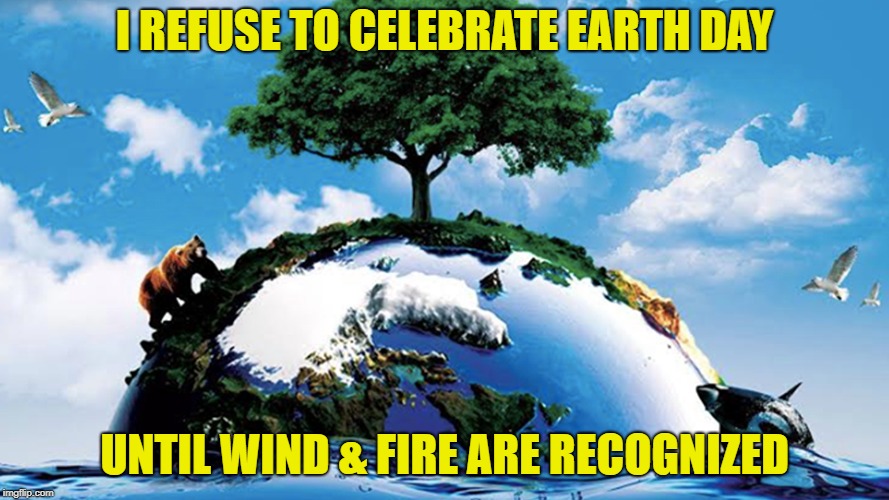 For instance, in 1970....The start of THE COMING ICE AGE movement. Chicago should be under a mile of ice right now.

Here’s my constant take to all leftist environuts.

The Earth will not last forever. To save it what are it’s best chances?

Real science ( without feelings ) and technology.

We await you answer.

My son, brother, nephew and I spent the day doing burnouts and pounding gears in a Roadrunner and a Challenger.

A 528 Hemi and a 392 Hemi, so fuel usage was a big concern for us, and it's well known that tire smoke shrouds and absorbs CO2 and settles it harmlessly to the ground.

I observe Earth Day each year by noting that we are not all dead.

Let’s go back to arbor day

Hope that this lock down bs. is over soon. Can’t wait to put the central ac on and grill steaks.