Last week, after President Donald Trump had said that, because his three predecessors in the job failed ot deal with China’s unfair trade practices, and therefore he was the “chosen one” to do so, the Democrat-toadying news media went berserk. “Trump thinks he’s the Chosen one!” they wailed, “Trump compares himself to a messiah!” the headlines roared. On and on and on it went, even though the President was very clearly using the term “chosen one” in a highly ironic and humorous manner.

But of course, when it comes to covering the President, our fake news media toadies have no sense of humor or irony. President Trump is, to these Democrat-activists-with-press-passes, the devil incarnate after all, and thus every word must be taken literally.

Then there’s Joe Biden, the Unfrozen Caveman Senator who seldom knows what town or state he happens to be in, and can’t remember the name of that guy he served with as Vice President. Biden this week related a story of military heroism he claimed to have witnessed while serving as Veep, a story in which he supposedly placed himself in harm’s way to visit a wounded warrior in a military hospital in Iraq – or was it Afghanistan? Hey, it’s just details.

The story ends with Biden heroically traveling to that hospital despite being warned of the dangers involved, and the heroic soldier refusing the medal he was offered because the fellow heroic soldier he had attempted to save had ended up dying. It’s a great story in which the only accurate part was the part about the heroic soldier.

Every other aspect of the story Biden related was completely false, as even the Washington Post managed to bring itself to admit. Simply not true, as in did not happen.

Yet our Democrat-toadying fake news media has gone to heroic lengths itself to excuse Biden’s latest despicable fabrication as just another gaffe. Why, that’s just ol’ Joe Biden, he does this stuff all the time. It’s part of who he is, and it shouldn’t be held against him.

Ok, fine. Having a sense of humor and irony is also part of who President Donald Trump is. Why, you might ask, is that invariably held against him by our fake national press corps?

The answer is simple: our fake national press corps has mounted a focused campaign of dehumanization against Donald Trump the candidate and Donald Trump the President for four solid years now. In this campaign, Trump is a monster, a non-human who the fake journalists must not ever make the mistake of characterizing in human terms.

This dehumanization campaign is also why we saw NBC and its despicable host Lawrence O’Donnell clearly intentionally slander President Trump and Trump Enterprises by claiming some loans taken out by the company had been co-signed by Russian oligarchs close to Vladimir Putin. After the Trump lawyers sent a letter promising a major lawsuit were the false report not retracted within 24 hours, O’Donnell was forced to issue a grudging semi-apology in which he hilariously claimed to have not adhered to NBC’s “rigorous” standards. Please.

The strategy here was clear: Slander the non-human President with an outrageous, unsourced lie, and then wait a day to issue a half-hearted apology knowing that 5 times as many Americans would hear and believe the initial claim than would ever even hear about its semi-retraction. This is what happens when all former journalistic ‘standards’ have completely disappeared.

Our nation’s media establishment as it exists today is now nothing more than a political party. Wait, that’s not quite accurate: It is in fact nothing more than the propaganda arm of the national Democrat Party. The corporate media have long been heavily biased in the Democrats’ favor, but always in the past, there were still enough editors and anchors within those organizations who possessed the journalistic integrity to prevent their operations from going completely off the rails into outright slanderous/libelous behavior.

Those people are all gone now. Even at Fox News, Shep Smith is allowed to engage in the most outrageously false monologues imaginable during what is supposed to be a straight news hour each day.

Today’s news media is a daily race against the competition to see who can do the best, most outrageous job of dehumanizing and damaging a duly-elected POTUS while covering for all the bad actors who are destroying our society’s institutions. These are not news operations – they are slander factories with no standards, no editorial control, no integrity.

They are abominations to a free society, enemies of the people, plain and simple.

What we have is a bunch of democrat activists like Chuck Todd and George Stephanopoulos pretending to be journalists. It’s killing the profession.

I trust President Trump sues them and wins bigly! Hit the horrible, leftist media in the wallet.

But Brian Williams and Dan Rather verified his story . . . doesn’t that count??

If Larry would stop the hammering, journalism standards for Moe and Curley would come back.

Evil is composed of two types, instigators (looters and moochers) and useful idiots who support and sympathize with the instigators. The leftard media are useful idiots.

6 posted on 08/31/2019 6:12:27 AM PDT by mjp ((pro-{God, reality, reason, egoism, individualism, natural rights, limited government, capitalism}))
[ Post Reply | Private Reply | To 1 | View Replies]
To: EyesOfTX
And O' Donnell and company ain't going to like the new rules that they have conjured. No sir, not when the immutable meta-rule is "turn about is fair play".

They’re not journalists. They just have a platform to spout their nonsense. 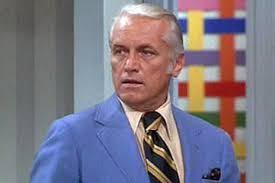 Ted would not be amused (with apologies to recently departed Valerie Harper).
9 posted on 08/31/2019 6:23:33 AM PDT by OttawaFreeper ("The Gardens was founded by men-sportsmen-who fought for their country" Conn Smythe, 1966)
[ Post Reply | Private Reply | To 1 | View Replies]
To: laweeks

Mr. “I saw a dead body floating by’ Williams? That liar? MSNBC knows how to pick ‘em...

"The profession" was a myth to begin with. The function of the myth is to gain power at the expense of the public.

The public is well served to adopt the trite catch phrase of the the X-Files. Trust no one. The more you trust them, the more you stand to be manipulated or enslaved. That goes for the press, the government, and any institution that has power over what you believe and how you act.

Losing faith is a good thing, when the institutions are rotten.

Now would be a good time to throw the “fairness doctrine” back in the rats faces.

Except the government and the press are neck and neck in the race for "most corrupt and dishonest."

There never were standards - its whatever gets you to read, look, listen! What do you think they saying, “If it bleeds it leads!” means? There were newspapers in the time of Washington’s administration that kept trying to claim he secretly wanted to make himself king!

He’s not a journalist of any kind, he’s a Harvard elitist fop who’s only writing credentials were for the Harvard Lampoon.

I used to think and repeat this claim, that the mainstream media was the propaganda arm of the DNC.

But over the last few years, since Trump was elected, I've changed my tune somewhat.

I now believe that the democRATic party is merely the Marxist political wing of the corporate media giants and not the other way around.

It's definitely a mutually beneficial arrangement that follows their own agendas and not the wishes of the American people.

Their goals are in sync with each other, to dethrone Trump and to destroy America as it was founded.

If you lost your lips, you’d be angry all the time too....

18 posted on 08/31/2019 7:29:48 AM PDT by leaning conservative (snow coming, school cancelled, yayyyyyyyyy!!!!!!!!!!!)
[ Post Reply | Private Reply | To 1 | View Replies]
To: EyesOfTX
The standards of journalism were being tossed in the trash heap back in the days of FDR and even back when Wilson was running for president and after he was in office.

Eric Trump got it right.......O/D’s half baked apology is not nearly enough.

O/D calculatedly intended to harm Trump and his businesses.

This cannot be tolerated......O/D must pay the price.