Woman takes mitochondrial DNA test to find out which African tribe she descends from...
wordpress ^ | December 17, 2018 | Dan from Squirrel Hill

In the first five minutes of this video, this woman goes on and on about how happy and excited she is because she just got back the results of her mitochondrial DNA test. She took the test because she wanted to find out which African tribe or tribes she is descended from. A person (male or female) inherits Mitochondrial DNA solely from their mother.

After five minutes of joyous anticipation, she finally opens the envelope and looks at the results.

She is absolutely devastated to find out that her mitochondrial DNA is of “non-African lineage.”

The thing that Hope doesn’t realize, is that, if she takes acting lessons, she could apply for the role of Legally Blond 3 (or is it 4 by now). Just a little bit of dye and she’s set.

She does have the ‘white’ facial features, with ‘tanned’ skin.

“She is a beautiful young woman, regardless of her ancestry.”

Agreed. Tragically she apparently doesn’t see it. Black folks seem to put their race ahead of everything. Very dangerous IMO.

If she’s goin’ to the Gap she’s gonna have to take those hoops off first.......not allowed don’t ya know.

Next research to pursue: How many slaves did her great-great-great... grandparents own.

The way DNA tests try to establish ethnicity is to say hey, your DNA is similar to a group of DNA from this part of the world and that is your ethnicity.

The problem is that let's say your DNA matches most closely to that of England say around York. Well we know that Celts (Portuguese, Spanish & Basques) moved to England from the mainland continent. We also know that the Romans invaded and set up camps filled with mercenaries from all over the Roman Empire in England and some of them left their DNA with the locals. Then there were the Vikings from Norway & Denmark. Then there were the Angles and the Saxons and then even later the Normans (where were a mix of French and Viking Norsemen).

In this example is your ethnicity “English?” Were you decended from the Picks, Basques, Vikings, Normans, Saxons, etc? Since the database included mostly current test results what happens if it included a lot of people from the Indian subcontinent (Pakistan & India)? You ancestors could be from Pakistan and the results could say you are “Engish!” Or your ancestors could be mix of different strains of Scandinavian in just the rich mix to be called “English!”

DNA ethnicity for anyone is meaningless.

69 posted on 12/17/2018 11:45:29 AM PST by V_TWIN
[ Post Reply | Private Reply | To 66 | View Replies]
To: plain talk
DNA tests are not necessarily reliable for the purpose of establishing precise ethnicity. DNA is not passed down equally among siblings and your DNA has likely been watered down by hundreds of people’s DNA over many generations. The test does not necessarily mean she doesn’t descend from a particular tribe.

These tests are quite useful in identifying distant cousins and assisting genealogists in research. Ancestry and other sites are being swamped by people that are clueless about genealogy and expect some magic DNA test to save them from the hard work of genealogy.

It's a fascinating thing to participate in for us siblings. - more of a leisurely conversation piece, mind you. Our two grandfathers came, one from the northern coast of Spain and the other from Italy. One maternal great-grandfather came from French Canada. The rest of our lineage is mostly Irish.

Of the three of us siblings, the results from Ancestry.com was fairly equal, with a preponderance of the results from Ireland/Scotland. Although as it turned out, I got the lion's share of France at 37%, and only a remainder from Spain and Italy (14% and 6% respectively). My brother and sister got a better percentage of those two. Now I get needled for my culinary tastes, LOL.

Yes, she is very pretty. Also, she obviously has African ancestry.

Maybe the video is a parody. Even if it’s real, some of the comments below it are fun: “Welcome to the club...” “Meetings every Thursday...” lol 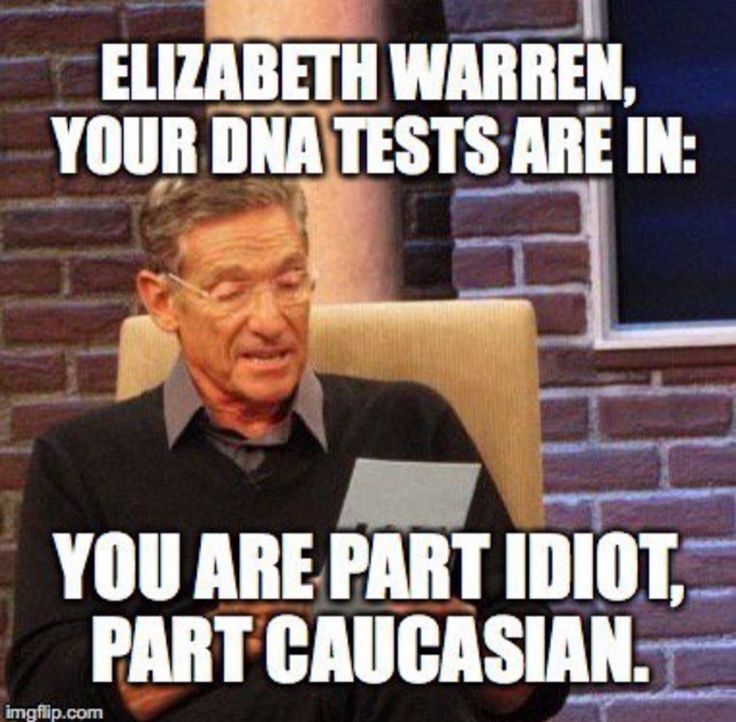 For years, I had family chatter on ‘Indian blood’ down the line. DNA test in past year? Zero. None.

However...two odd things popped up. Neither exactly pleased the family. Like you say....you can’t be judgemental.

Don’t be like that South African white dude that put ‘African American’ on his college App. Causes all kinds of weirdness..............

Skip to the 5:00 for the magic moment if you find her to be too annoying to watch the whole video.

What you can do is run the tests and then see what distant cousins with whom you match. Of course there are degrees of “match”. You can network with other people via email some who have performed detailed research and if you match to them you may get lucky and save yourself a lot of research.

Once I had a lady contact me who was trying to find out who her parents were. I wasn’t able to identify her parents obviously but I was able to help her somewhat.

So her female ancestors weren’t any of those 50 foot Amazon sergeants in charge of thousands of crazy, man-killing female “warriors” in ancient Afrika? What a ripoff.

79 posted on 12/17/2018 11:58:19 AM PST by FlingWingFlyer (#NotARussianBot)
[ Post Reply | Private Reply | To 1 | View Replies]
To: grundle
She was upset she is so white and not from an African tribe. She paid, sounds like, hundreds of dollars for it. Shoulda just done the Ancestry test.

I took the Ancestry test and found out I have 2% Bantu in mah blood.

I told one of my Black friends that it is official, "We are blood!" It was received with a huge laugh.